SEOUL, July 20 (Yonhap) -- North Korea on Tuesday vowed efforts to advance friendly relations with Russia on the occasion of the anniversary of a joint declaration adopted when Russian President Vladimir Putin visited Pyongyang in 2000.

The North's foreign ministry also said that the declaration adopted after the summit between then North Korean leader Kim Jong-il and Putin has served as a "driving force" in their bilateral ties against "complicated international conditions of the 21st century."

"Our republic's stance remains unchanged that the friendly and cooperative relations between North Korea and Russia should be continuously expanded and advanced to live up to the spirit of the joint declaration and the new era of our time and that we will do our best to safeguard peace and safety in the region," the ministry said in a posting on its website.

"(The declaration) is bedrock that guarantees friendly relations between North Korea and Russia," it added. "It also serves as a driving force that fosters continued advancement in friendly and cooperative ties between the North and Russia amid the complicated international conditions of the 21st century."

Citing Kim Jong-il's multiple visits to Russia after 2000 and the 2019 summit between his son and current leader Kim Jong-un and Putin in Vladivostok, the ministry said such meetings have affirmed an unwavering trend in "strategic and traditional" ties between Pyongyang and Moscow.

North Korea has intensified efforts to strengthen its ties with its traditional socialist allies and friends, including China and Russia, amid the long-stalled denuclearization talks with the United States.

Early last week, North Korean leader Kim and Chinese President Xi Jinping reaffirmed their commitment to advancing their relations as they exchanged messages to mark the 60th anniversary of the signing of a friendship treaty. 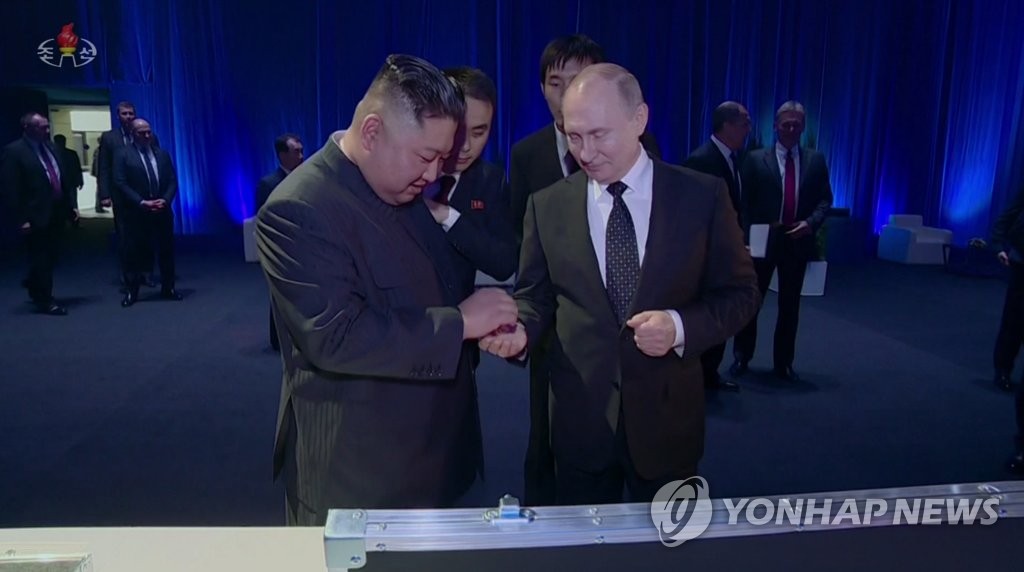