SEOUL, July 20 (Yonhap) -- After reigning one of the world's most competitive music charts four times, BTS has again topped the Billboard Hot 100 with its summer bop "Permission to Dance."

The upbeat song, which the South Korean septet has stressed is something for everyone, became the fifth BTS song to hit No. 1 on Billboard's main singles chart Tuesday.

While the song's upbeat vibe and catchy melody are on the lines of the group's positivity seen in previous hits like "Dynamite" and "Butter," what sets the song apart is its celebration of diversity. 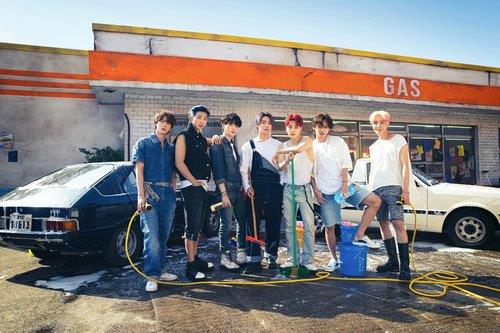 BTS, known for its powerful group choreography in songs like "Idol" and "On," opted for easy-to-follow dance moves that were inspired by sign language.

Big Hit Music, the act's label, explained that the choreography incorporates international sign language for words like "joy," "dance" and "peace." Moving two fingers on a palm spread out like a stage means "dance" while drawing the "V" sign with both hands is a symbol of peace.

It's not the first time that BTS has voiced support for the deaf community. Members of the band have often used sign language in their messages, and RM donated 100 million won (US$86,888) to a school for deaf students in 2019.

In a recent impromptu live session with fans on July 13, RM recalled how the band came to include sign language in the choreography.

"The idea was there but we put it in thinking that we hadn't really considered it," he said in the V Live session. "It was a fun job and it felt good to hear that many people were touched watching the sign language." 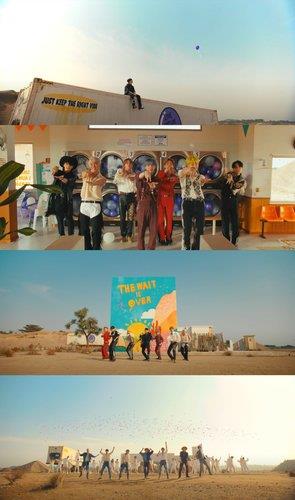 Like RM said, accounts of people who were moved by the gesture have been popping up around the world.

Hamonthly, who describes herself as a Korean deaf YouTuber, is one of them.

In a video posted on July 10, the self-proclaimed BTS fan appeared amazed by how BTS actually incorporated international sign language in the music video. She also mentioned how the band looks quite natural using it, adding that it took into consideration how facial expression is an important part of sign language.

Tedros Adhanom Ghebreyesus, director-general of the World Health Organization, has also thanked the group for the idea.

"Thank you, BTS, for including sign language in your #PermissiontoDance music video. As 1.5 billion people in the world are affected by hearing loss; sign language can help them to continue enjoying music which can bring joy to life," he tweeted on July 11. 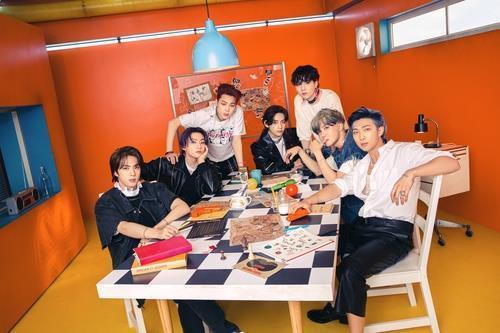 In addition to sign language, the group -- which has been an active voice in social campaigns, like the Black Lives Matter movement, and stood up against violence toward Asian-Americans -- brings elements of diversity in the music video.

"Permission to Dance," which has racked up more than 175 million views on YouTube since its release in July 9, shows people with various jobs and of different ages and nationalities smiling and dancing happily to music.

Fans have also discovered details like the sign "disAbility Resources" at an office scene in the music video.

Like BTS member Jimin said, the song is something for everyone to enjoy.

"It's not a grand song. It's a song for everyone to enjoy easily," he said in an online talk show , "A Butterful Getaway with BTS," on July 9.

"It carries the message that everyone should dance freely even if they have had a tough day in real life."