SEOUL, July 20 (Yonhap) -- A North Korean propaganda outlet on Tuesday slammed South Korea for pushing ahead with a joint military drill with the United States set for next month, calling it a scheme to invade the North.

Uriminzokkiri, a North Korean propaganda website, made the point in an editorial as South Korea and the U.S. are expected to hold the annual summertime military exercise that Pyongyang has long branded as a rehearsal for invasion.

"It clearly shows the nefarious scheme of the fanatics that are pushing ahead with their war to invade the North and fight their own people," the website said.

The website also accused Seoul of violating the Sept. 19 military agreement and an inter-Korean declaration adopted during the first-ever summit in 2000, calling it the drill "a scheme to strengthen its armed forces."

Meari, another propaganda website, also slammed South Korea for planning the exercise despite the global coronavirus pandemic and accused it of threatening peace and stability on the Korean Peninsula and the world.

North Korea has long denounced Seoul and Washington's military drills, calling on the U.S. to end its hostile policy. The South and the U.S. reject such claims, saying that the exercises are purely defensive in nature. 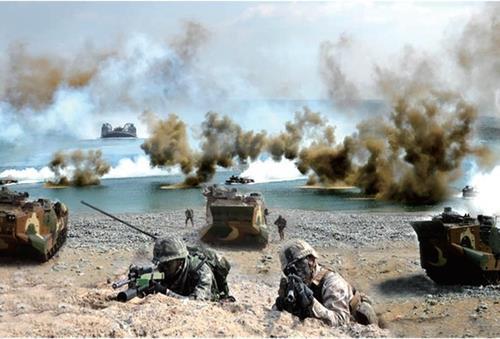