TOKYO, July 22 (Yonhap) -- Five years ago at the Rio de Janeiro Olympics, South Korea pulled off an unprecedented sweep of four archery gold medals. The national anthem, "Aegukga," was played at every medal ceremony, covering the men's and women's individual and team events.

For this year's Tokyo Olympics, a fifth event, the mixed team, has been added. It can only mean one thing: a chance for South Korea, the most dominant archery power in the Olympics, to make even more history. 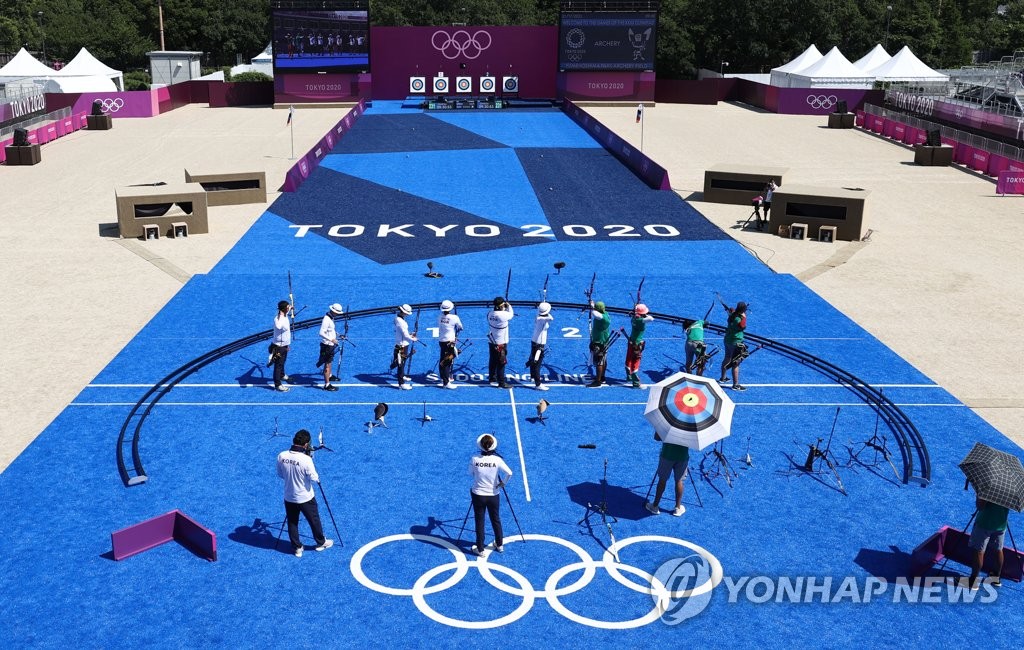 Since the modern archery competition was introduced at the 1972 Olympics, South Korea has won 23 gold medals, more than all other countries combined. It has 39 medals overall, 23 more than the United States.

The quest for a 5-for-5 sweep begins with the mixed team event Saturday at Yumenoshima Park Archery Field. It's the first full day of competition after the opening ceremony, and one of a handful of events where South Korea is expected to contend for a medal.

Pressure will be on South Korean archers to do what they're generally expected to do and come through with a medal, thus setting the winning tone for the rest of the delegation.

So who will be tasked with carrying on the legacy Saturday? That will be determined Friday during the individual ranking rounds.

These ranking rounds will determine the seeding for the 16 pairs that qualify for the mixed team event by combining archers' individual scores. The highest-scoring male and female archers for South Korea will team up Saturday, joined by 15 other teams in a single-elimination knockout tournament.

In the mixed team event, each match will be contested over sets of four arrows, two per archer in each set. The team with the higher score in a set earns two points. If the two sides are tied in a set, they each get a point.

The first team to reach five points wins the match. In case of a tie after four sets, the match will be decided in a tiebreaker, with archers each shooting one arrow. If the score is still tied, then the arrow closest to the center is declared the winner. 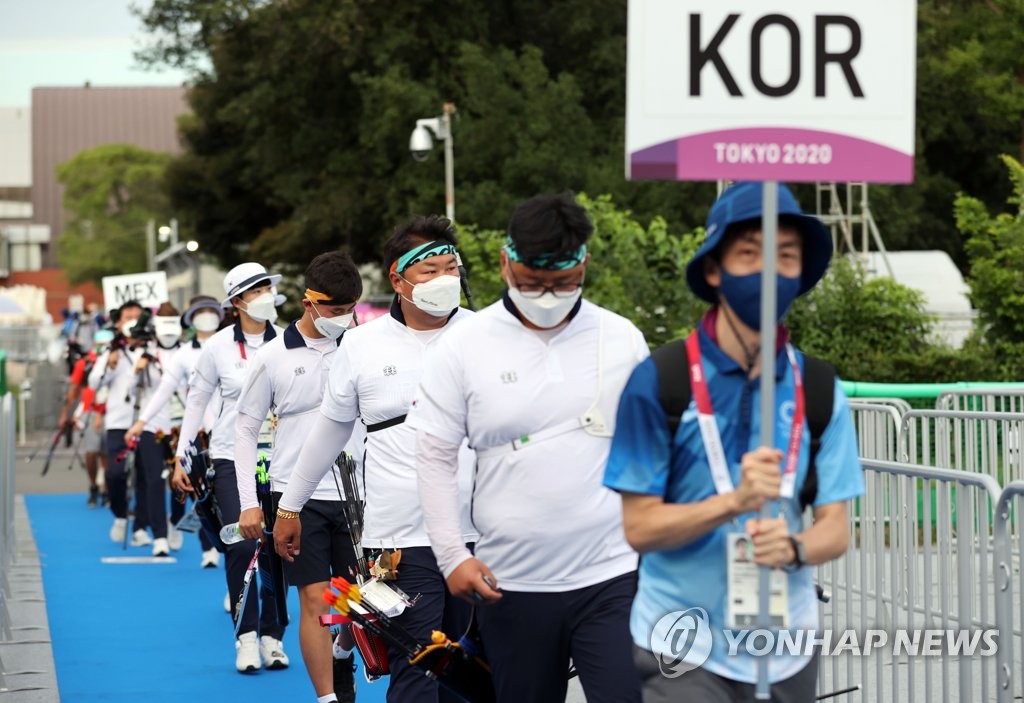