Fitch's rating for South Korea has been AA-, the fourth-highest level of the agency's sovereign ratings, since 2012.

"Korea's rating balances robust external finances, resilient macroeconomic performance and modest fiscal headroom against geopolitical risks related to North Korea and medium-term structural challenges from an ageing population. The strong economic recovery, underpinned by the government's effective management of the coronavirus pandemic and a dynamic export sector, should continue to support Korea's credit metrics in the near term," Fitch said in a statement posted on its website.

A recent wave of COVID-19 infections is expected to undermine the recovery of domestic consumption in the second half of this year, but South Korea is likely to meet its target of achieving herd immunity by November, Fitch said. 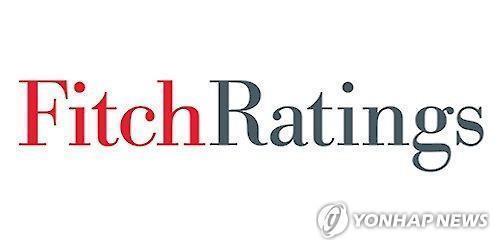 "This, along with additional fiscal support under the recently proposed supplementary budget, should facilitate a sustained recovery in domestic consumption through 2022," it said.

Despite a recent spike in COVID-19 infections, the Bank of Korea (BOK) has indicated that it could conduct its first post-pandemic rate hike in the second half of this year.

Fitch expected the BOK to raise its key rate by 25 basis points in the second half of this year, and it may be followed by two additional hikes in 2022.

"Fitch believes risks from the build-up in household debt are well contained because households' capacity to service debts is adequate and bank balance sheets are resilient, but vulnerabilities for both are increasing given the persistent rise in household debt," it said.
(END)