The sailor has been in isolation since returning home Tuesday from Africa due to the mass outbreak in the unit. He previously tested negative but developed symptoms consistent with COVID-19 on Wednesday and underwent another round of tests, which found him to be infected, according to the ministry.

As of Thursday, the total caseload among the 301 Cheonghae unit members stood at 271, with 17 of them at hospital for treatment, it added.

In addition, the military reported three new cases across the country -- two officers and one enlistee -- bringing the total number of COVID-19 cases among the military population to 1,477. The figure includes 271 cases from the naval unit.

Meanwhile, 73,084 troops aged 30 and older, or 65.2 percent of the age group, had received their second doses of the coronavirus vaccine as of Tuesday, according to the ministry. 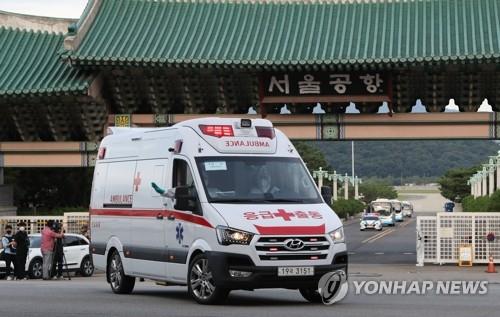