SEOUL, July 22 (Yonhap) -- Ven. Wolju, a former chief of South Korea's largest Buddhist sect who devoted himself to social movements, passed away Thursday. He was 87.

The former chief executive of the Jogye Order died at 9:45 a.m. at Geumsan Temple in Gimje, some 200 kilometers south of Seoul, after suffering from pneumonia, according to the order. 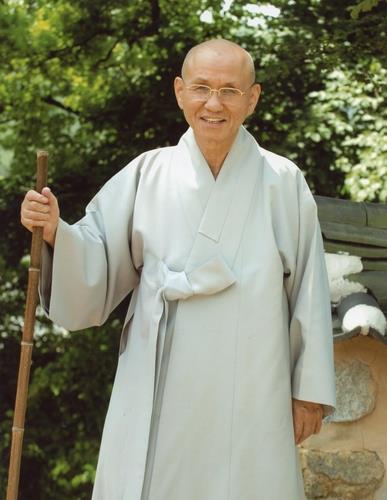 Born in 1935, he entered the Buddhist priesthood in the 1950s. He took the initiative in leading a nationwide purification campaign of Korean Buddhism in 1961 and worked in the secretariat of the Jogye Order.

He was elected as the chief executive of the Order in 1980 but was soon forced to step down by the military regime that sought to oppress the religion at that time.

He then moved to civil society and led many socio-civic groups like the Citizens' Coalition for Economic Justice.

In 1994, he returned to the presidency of the Jogye Order and helped increase social engagement with the local community. He led the foundation of the House of Sharing, a nursing home for elderly Korean women who were forced into sexual slavery for Japanese troops during World War II.

After retirement, he continued his social activist career, founding an international nongovernmental organization for local development and education in underdeveloped areas like Africa and South America.

His funeral will be held Monday after days of mourning, according to the Jogye Order. 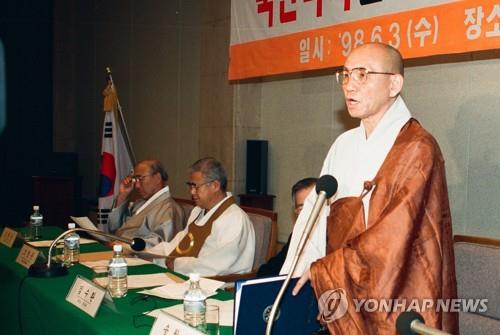