SEOUL, July 22 (Yonhap) -- South Korea seeks unification with North Korea through peaceful means and based on agreement between the two sides, a unification ministry official said Thursday after the chief of the main opposition party expressed his wish for unification "by absorption."

In a TV debate on Wednesday, Lee Jun-seok, chairman of the People Power Party (PPP), said that he is an advocate of "unification by peaceful absorption" with North Korea. He also renewed calls for scrapping or adjusting the function of the unification ministry handling inter-Korean affairs.

"The South Korean government does not support unification by absorption," the ministry official told reporters on condition of anonymity. "It pursues peaceful unification through brisk exchanges and cooperation, and eventually inter-Korean agreement based on mutual respect of the other's system."

"Realizing the mission of peaceful unification made clear in the Constitution does not lie with unification by absorption either," the official added.

The official noted that President Moon Jae-in also made it clear that Seoul does not want unification by absorption, artificial means or the collapse of North Korea in his 2017 speech in Berlin.

She, however, did not respond to Lee's renewed calls for scrapping the unification ministry.

Lee earlier raised the need for scrapping the unification ministry, citing few achievements in cross-border relations and inefficiency in operating such an independent government agency.

Unification Minister Lee In-young immediately expressed strong regret and denounced his remarks for lacking "historical awareness" with regard to unification of the Korean Peninsula.

South and North Korea remain technically at war since the 1950-53 Korean War ended in a truce, not a peace treaty. 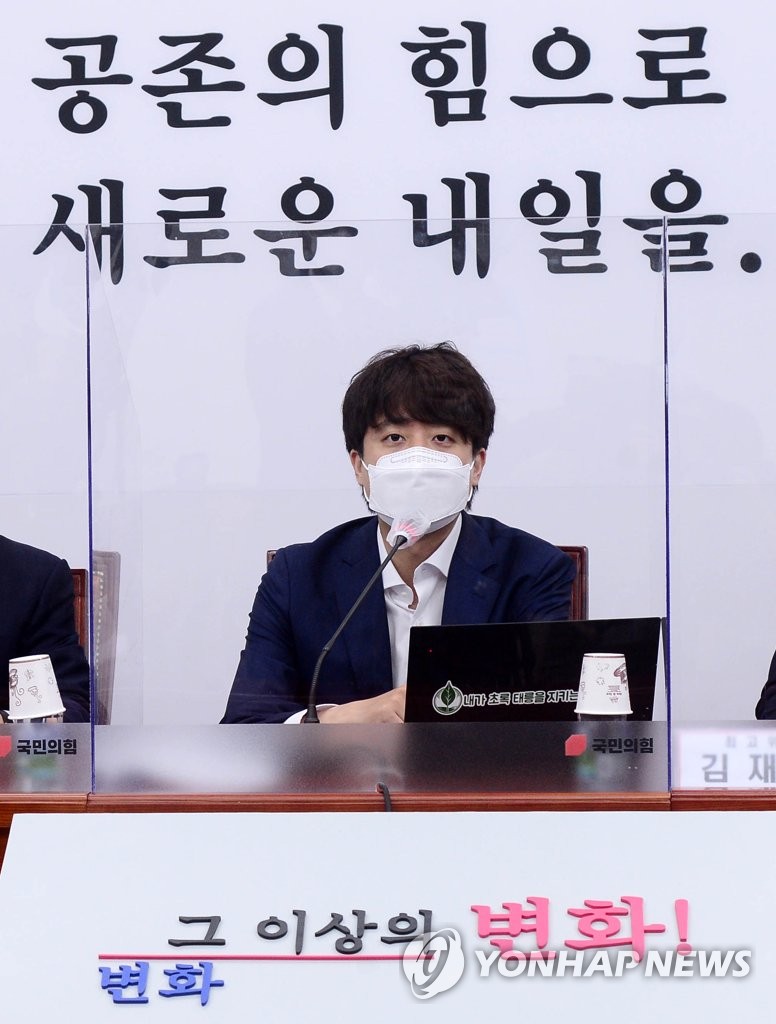