She arrived in Seoul the previous day as part of her regional trip that will also take her to China.

Earlier this week, she visited Tokyo, where she had trilateral talks with her Japanese and South Korean counterparts.

She also had separate talks with Foreign Minister Chung Eui-yong just before meeting with Moon. 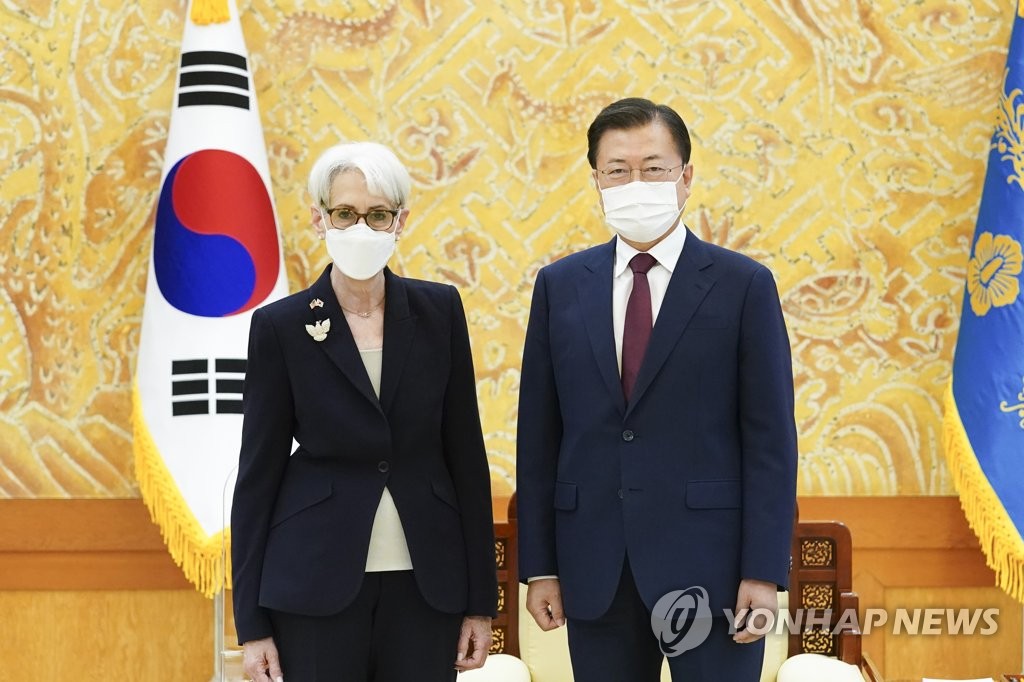