The Kansong Art and Culture Foundation, which owns the Haerye edition of the historic document, said it plans to digitalize the document into a limited edition of non-fungible tokens (NFTs) and sell them for 100 million won (US$86,800) each. Only 100 of them will be up for sale.

The art foundation said it launched the project in a bid to preserve the invaluable heritage permanently in a digital form and raise funds to run its museum amid financial difficulties. 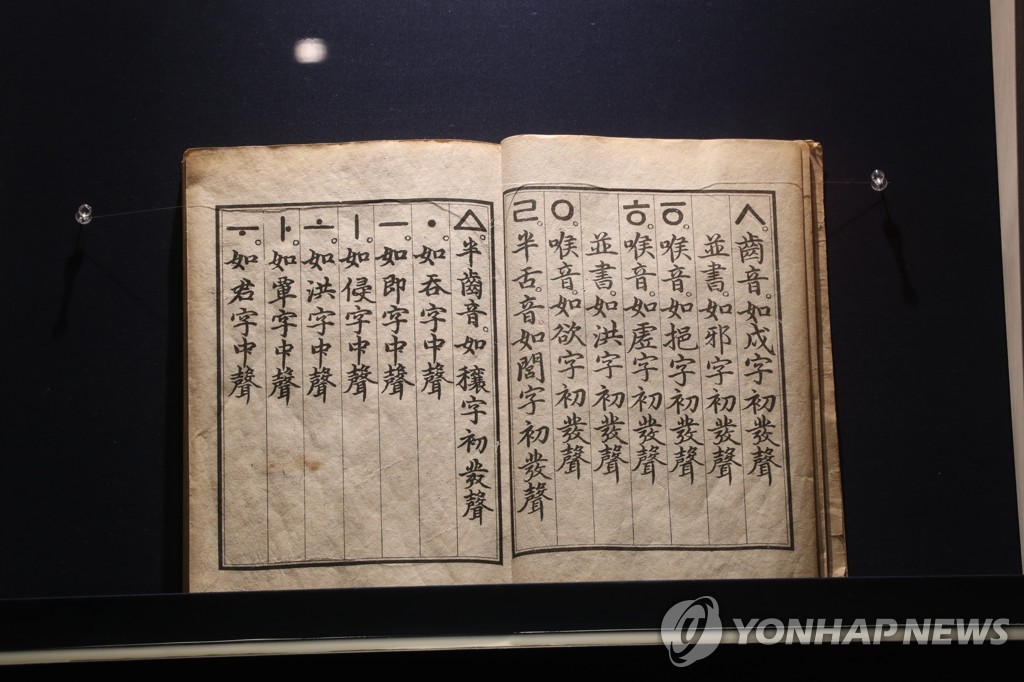 Making a copy or taking pictures and videos of cultural assets requires permission from the CHA by law due to the possible impact on their preservation. Any alteration to such assets must also go through a review by a special committee of experts.

"Most ancient books need to be unbound to be scanned, and this will eventually cause damage to 'Hunminjeongeum Haerye,' which is a cultural heritage in itself and also holds historic value from the way it was created," a bibliographer said.

The Kansong foundation said it is aware of potential criticisms but "think of the project as a new type of sponsorship, rather than hoping for an active commercial trade."

The NFT project was organized by the foundation's subsidiary, with Publish, a blockchain-based media technology company, in charge of distributing the tokens.