TOKYO, July 22 (Yonhap) -- Born in Japan to Korean parents, Kim Sung-keun spent the majority of his successful baseball managerial career in South Korea. The 78-year-old, now a coaching adviser for the Japanese pro club SoftBank Hawks, is uniquely qualified to offer his insight on the potential showdown between the two countries at the Tokyo Olympics.

The host Japan will enter the Olympic tournament as the favorite. South Korea, the defending gold medalist from 2008, is still reeling from a misconduct scandal, with two players withdrawing in light of social distancing violations during the COVID-19 pandemic. The team has a handful of young and inexperienced players competing in their first international tournament. 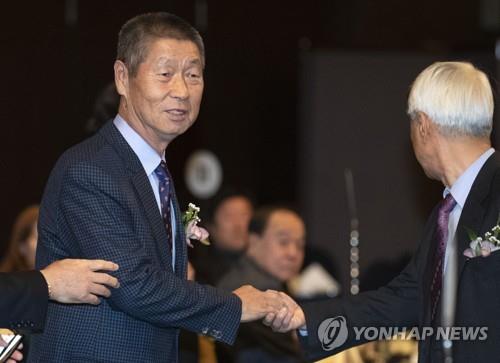 If stars align, though, the bitter rivals will clash in the gold medal game on Aug. 7. In a conversation with Yonhap News Agency on Wednesday, Kim revealed where his heart lies, often referring to South Korea as "we" and "our."

"Korea is the defending champion. I hope the team creates more highlights at this Olympics," said Kim, who watched clips of old Korea-Japan baseball games on television on Tuesday.

Kim, who won Korean Series championships with the SK Wyverns in 2007, 2008 and 2010, said he was looking forward to seeing both the present and the future of baseball in the two countries.

"In a short tournament like this, the lack of experience can hurt teams," Kim said. "But if our young players for Korea can overcome their hurdles, their future will become even brighter."

Kim said two of the veterans on the team, the 34-year-old catcher Yang Eui-ji and his 37-year-old backup Kang Min-ho, should act as the pillars for the young squad, so that "our young pitchers will be able to maintain their composure even in tight situations."

Kim ranks second in Korea Baseball Organization (KBO) history with 2,651 games managed and 1,388 wins. Kim's last KBO job was with the Hanwha Eagles in 2017, and he has been with the Hawks since 2018.

The former pitcher said breaking balls will be of particular importance for South Korean pitchers and batters alike. 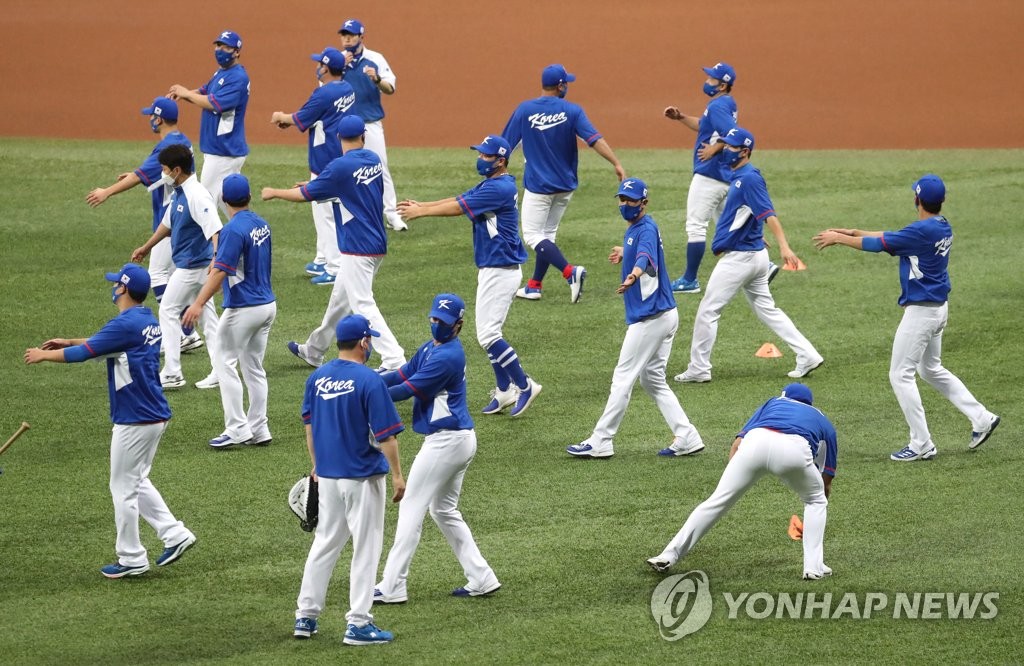 "In Japanese baseball now, many pitchers throw well over 150 kilometers per hour, and hitters are used to seeing pitches that fast," Kim said. "To attack Japanese hitters, you will need pinpoint control with breaking balls. It'll be dangerous to go after them with a fastball in the low 150s. You have to use all quadrants of the zone."

As for South Korean hitters, Kim said, "Our young players can handle fastballs. And the Japanese team is probably aware of that." 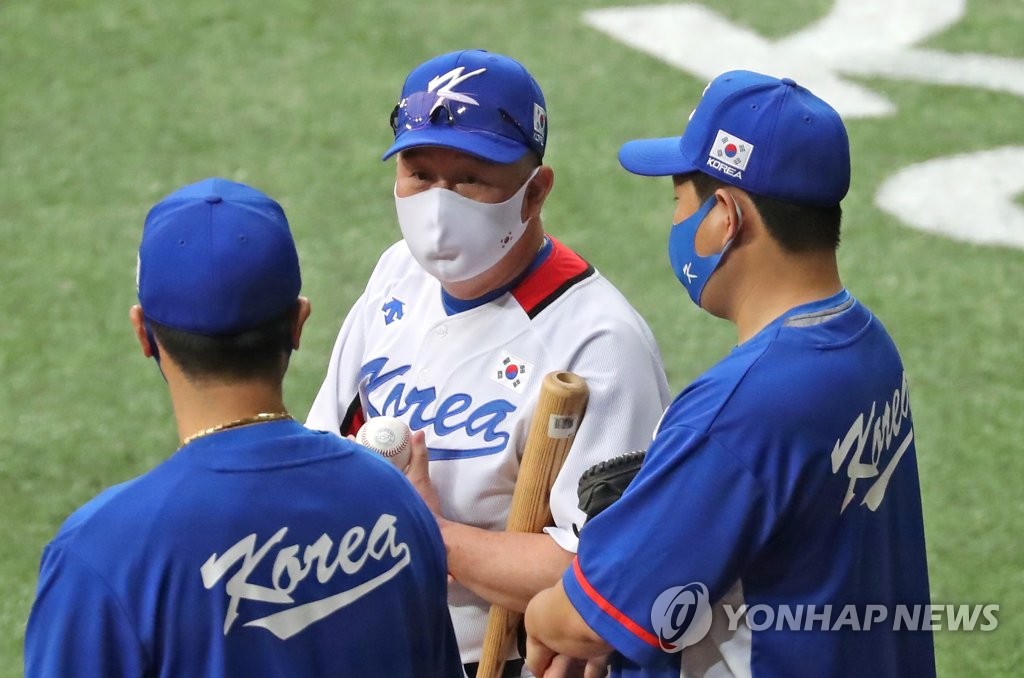 "Japanese pitchers will keep coming inside and will try to fool batters with breaking pitches," Kim said. "I hope South Korean hitters will stay patient at the plate."

Kim said Orix Buffaloes' right-hander Yoshinobu Yamamoto will be the one pitcher to watch on the Japanese team. The 22-year-old went 9-5 with a 1.82 ERA in 113 2/3 innings in the first half of the Nippon Professional Baseball season, recording 121 strikeouts against 24 walks.

"He can get his fastball up to mid-150s, but his forkball and curveball are even better," Kim said. "I am sure the Korean coaching staff is preparing for him."

South Korea won the most recent Olympic baseball gold medal in 2008. The sport wasn't included in the next two Olympic Games but made it back in time to be played in baseball-crazed Japan.

"We don't know if baseball will be an Olympic sport again," Kim said. "I hope South Korea will retain the sense of pride as the defending Olympic champion and give people back home something to cheer about during the pandemic." 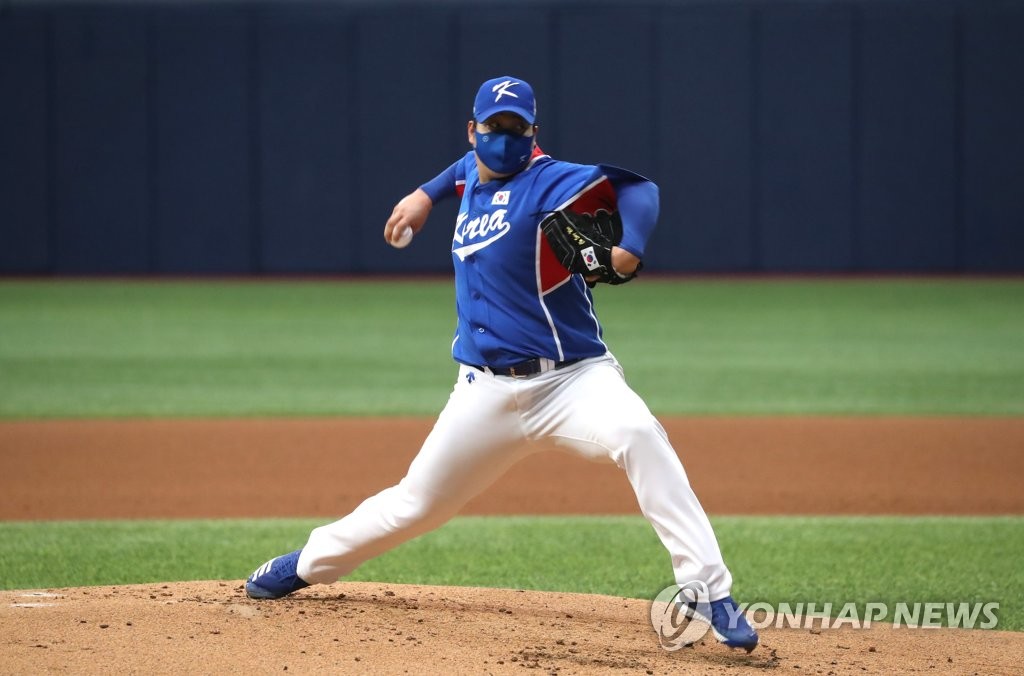