Hyundai's net profit for the three months that ended in June jumped to 1.98 trillion won (US$1.7 billion) from 377.27 billion won in the same period last year, the company said in a statement.

The strong result was helped by last year's low base effect from the COVID-19 pandemic and robust demand for Hyundai's high-margin SUV models that helped offset output disruptions by chip shortages, according to Seo Gang-hyun, an executive in charge of the company's finance and accounting division.

"Faced with worsening chip shortages in May and June, Hyundai was quick to change vehicles in production and lineups to minimize the impact from the parts problems. Such efforts allowed the company to navigate the chip shortage better than other carmakers," he said. 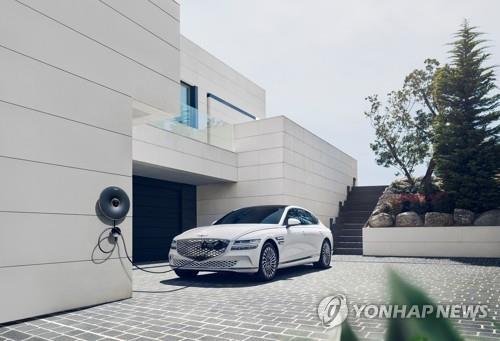 The shortage in auto chips is expected to gradually improve from the third quarter, Hyundai said, adding it will seek partnerships with local chipmakers to reduce its reliance on foreign supplies.

To prop up sales in the second half, Hyundai plans to launch the GV70 SUV, the all-electric G80 sedan, its pure electric IONIQ 5 crossover utility vehicle, and the Santa Cruz pickup truck in the U.S. market.

Operating profit nearly tripled to 1.66 trillion won in the second quarter from 590.32 billion won a year ago. Sales rose 39 percent to 30.33 trillion won from 21.86 trillion won during the same period.

From January to June, net income jumped to 3.5 trillion won from 929.95 billion won in the year-ago period.

Operating profit climbed to 3.54 trillion won in the first half from 1.45 trillion won during the same period last year. Sales rose 22 percent to 57.72 trillion won from 47.18 trillion won over the cited period.

Kia's net profit soared to 1.34 trillion won in the second quarter from 126.3 billion won a year ago.

In the first six months, Hyundai and Kia, which together form the world's fifth-largest carmaker by sales, sold a combined 3.47 million vehicles, up 25 percent from 2.77 million units in the same period of last year.

They aim to sell a total of 7.08 million autos this year, 1.7 percent lower than the 7.2 million units they sold last year. 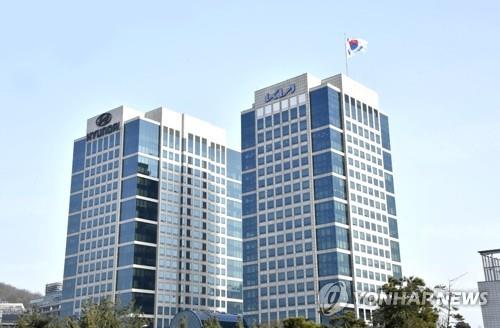