In the joint survey conducted jointly by four polling agencies on 1,003 people over the age of 18 from Monday to Wednesday, 27 percent threw their support behind Lee, up 1 percentage point from the same poll a week ago.

Yoon, the leading conservative contender, garnered support of 19 percent, registering a 1 percentage point drop from last week and dropping below the 20 percent mark for the first time in recent polls.

Rep. Lee Nak-yon, former head of the ruling Democratic Party (DP), came in third, with 14 percent, unchanged from a week ago, followed by Rep. Hong Joon-pyo of the main opposition People Power Party (PPP), with 4 percent. 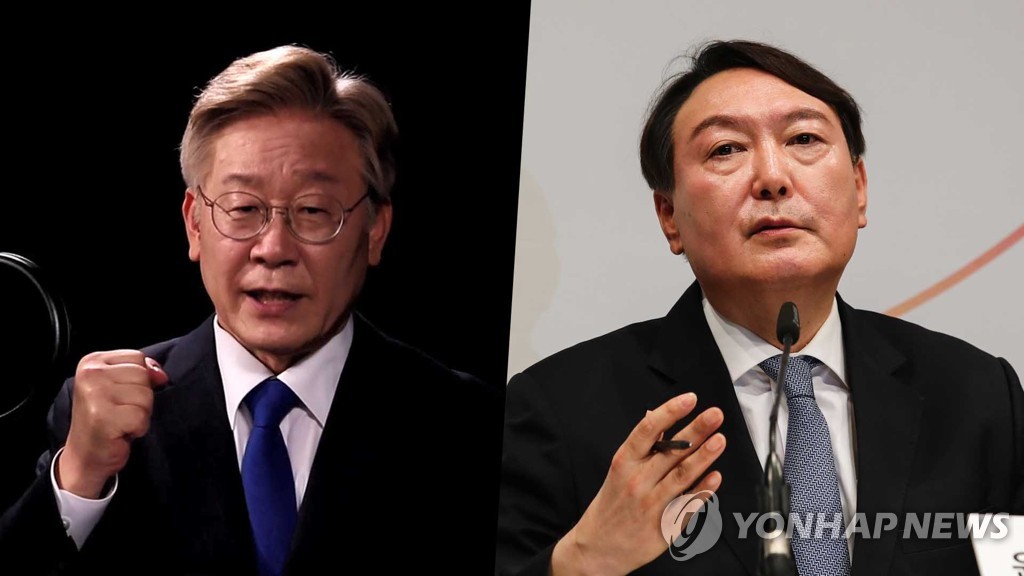 Rep. Lee also overtook Yoon in their hypothetical two-way competition, although by a slightly smaller win of 42 percent to 34 percent.

The DP's approval rating remained unchanged at 33 percent, while that of the PPP fell 2 percentage points to 28 percent. The poll has a margin of error of plus or minus 3.1 percentage points at a 95 percent level of confidence.