Trading volume was moderate at about 701 million shares worth some 12.8 trillion won (US$11.1 billion), with gainers outnumbering losers 537 to 289. 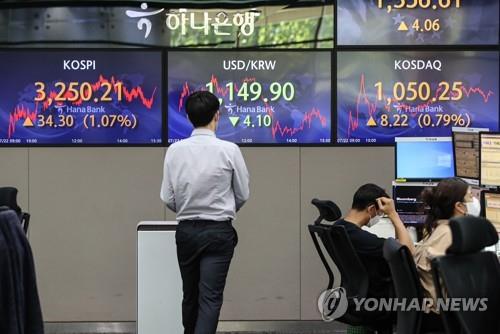 The gains came as the country is struggling with the fourth wave of the pandemic, with the number of daily new coronavirus cases hitting a fresh record of 1,842 on Thursday.