TOKYO, July 22 (Yonhap) -- Botched landings aside, South Korean vaulter Yang Hak-seon still walked away from his recent practice with a huge smile on his face, confident that he can pick up his second Olympic medal in Tokyo to add to the monumental gold from nine years ago.

Yang had his podium training Wednesday, the last chance for artistic gymnasts to train on the same apparatuses used during competition. 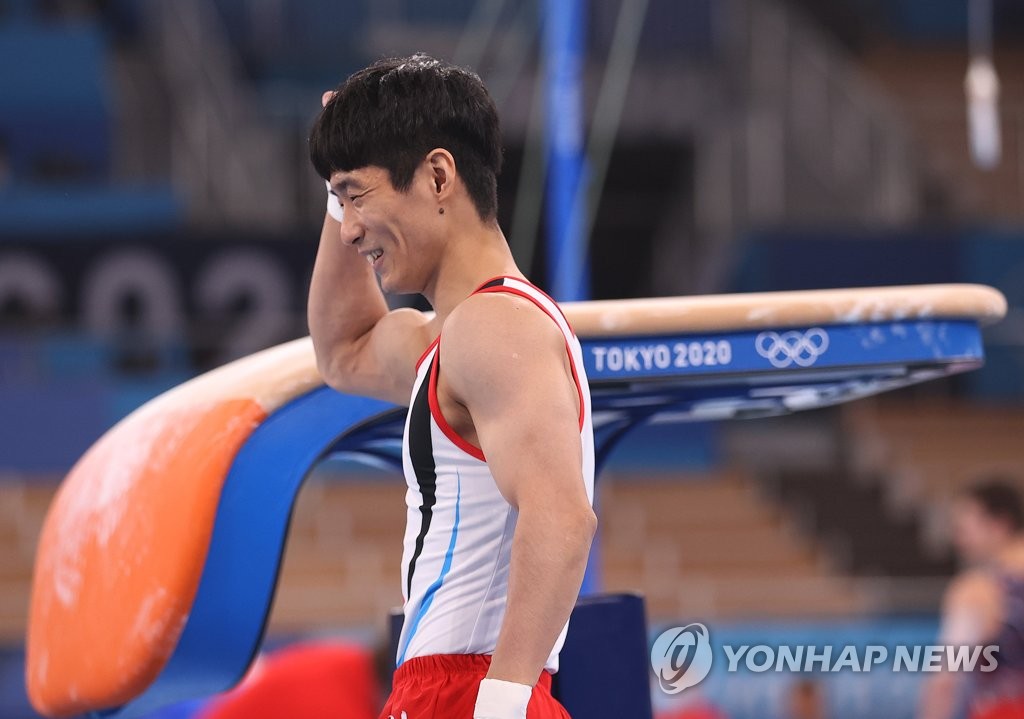 At Ariake Gymnastics Centre, Yang had four attempts on the vault. He didn't stick his landing once, but Yang still had an expression on his face that said, "I got this."

Yang, who has been battling right hamstring issues for years and missed the 2016 Olympics because of them, said he was happy to have put those health issues behind him.

"As the competition draws near, I am getting my feel back," Yang told reporters afterward. "I had an incredible run to the springboard and great rotations in the air. I was a little bummed about the landings, but they were a lot better than landings from my last practice in Korea."

His coach, Shin Hyung-ook, said Yang must have regained his confidence in performing his namesake vault, the Yang Hak-seon vault, colloquially known as Yang 1. Yang himself said, "I am extremely satisfied that I was able to do Yang 1." 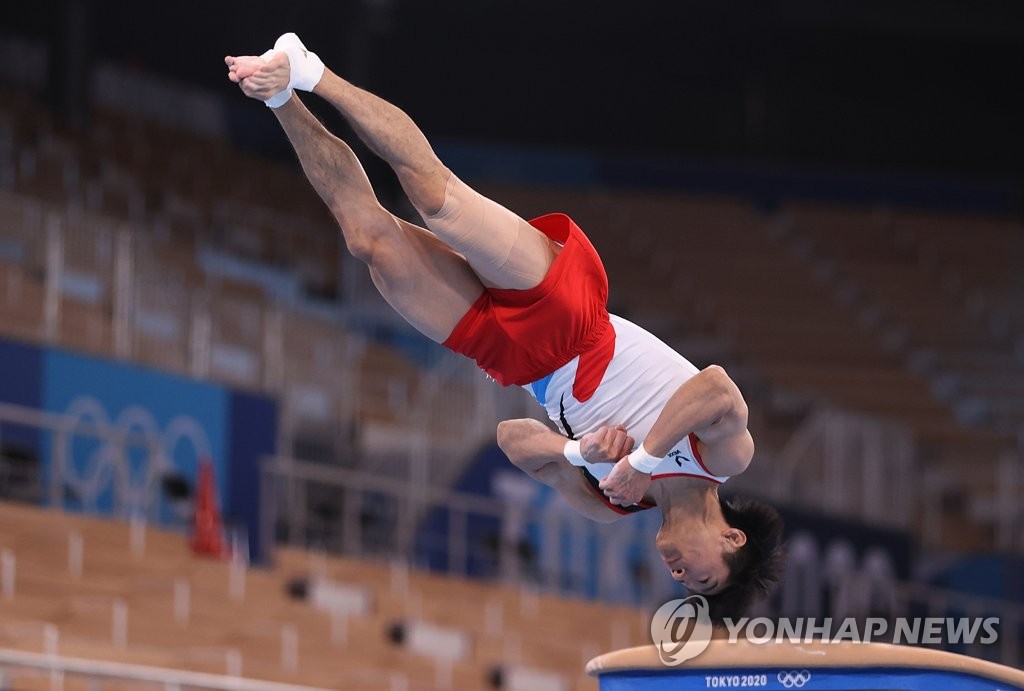 Accomplished gymnasts get particular moves named after them, and Yang 1, unveiled at the 2011 world championships as the hardest vault at the time, involves a front handspring entry with three twists. It has a difficulty value of 6.0, and if Yang can execute it with consistency, the gold medal will be his to lose.

Yang remains the only South Korean gymnast with an Olympic gold, having made history in London in 2012. He missed the next Olympics four years later after tearing his right Achilles' tendon.

His hamstring problems have persisted for years. At the Olympic trials in June, Yang only performed one vault, not wanting to reinjure his right hamstring, and finished outside qualifying positions. 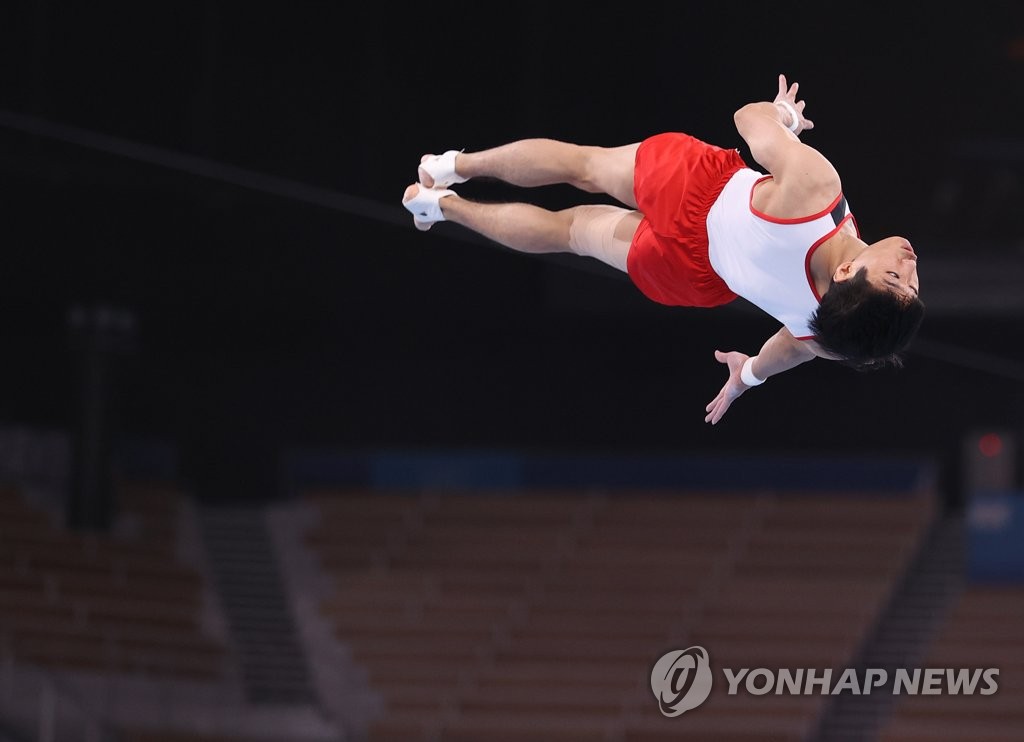 But the Korea Gymnastics Association put Yang on the team as the last-minute pick, on the condition that he would have to get healthy and prove himself worthy of a spot in Tokyo. Yang's track record of international success also played a role in the decision.

Yang will try to keep his good vibes going in the men's qualifying round Saturday. The vault final is Aug. 2. 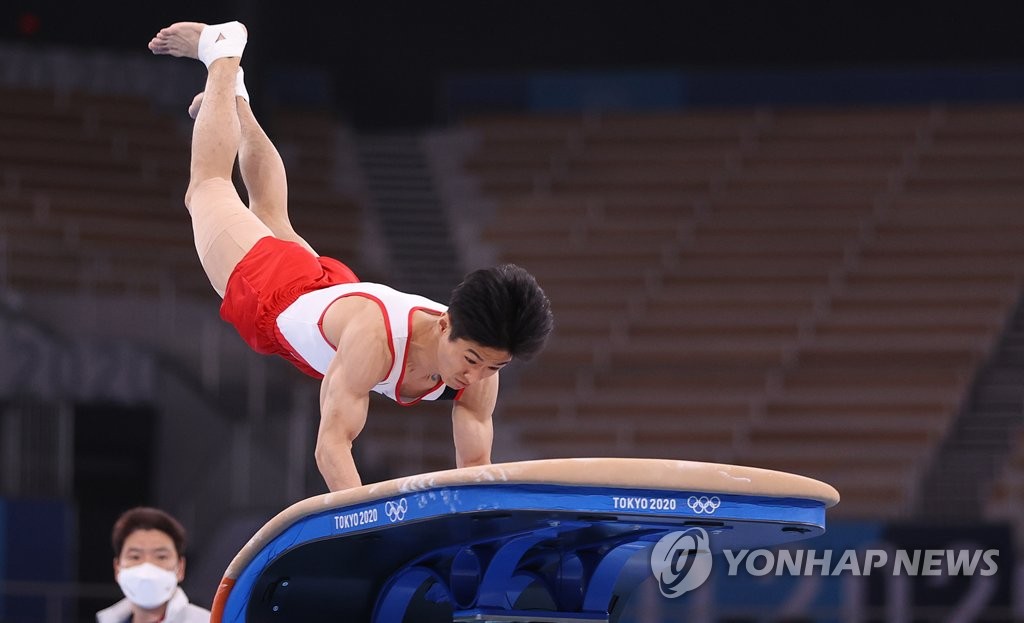