SEOUL, July 22 (Yonhap) -- The main opposition People Power Party (PPP) on Thursday stepped up its offensive against President Moon Jae-in over the top court's conviction confirmation of a political ally accused of colluding with online experts to illegally generate opinions in favor of Moon ahead of the 2017 presidential campaign.

It once again demanded a public apology from Moon with some members saying he should consider stepping down from his job, arguing that the president must have orchestrated the opinion rigging campaign behind the ally.

On Wednesday, the Supreme Court upheld the opinion rigging conviction of South Gyeongsang Province Gov. Kim Kyoung-soo, stripping him of his governorship.

The 53-year-old was indicted in August 2018 for conspiring with a group of bloggers to jack up the number of "likes" on political comments by using computer software to benefit Moon ahead of the snap presidential election in May 2017.

Lee was referring to Moon having demanded an apology from Cheong Wa Dae under the conservative Lee Myung-bak administration in the past as head of the main liberal opposition over the National Intelligence Service's illegal intervention in the 2012 presidential election in favor of Moon's then-rival Park Geun-hye. 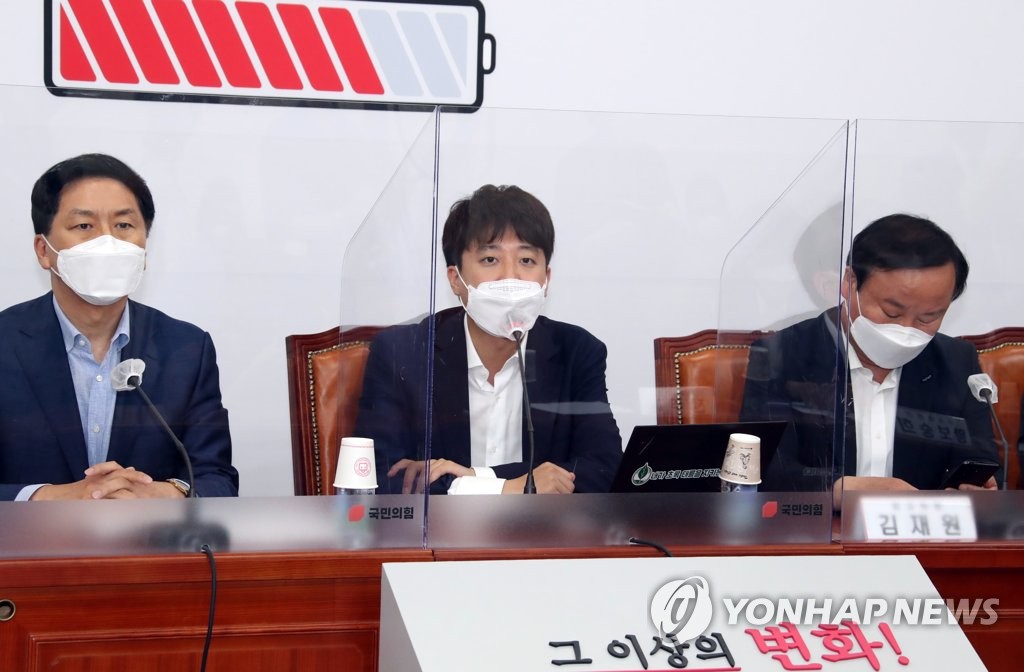 PPP floor leader Rep. Kim Gi-hyeon labeled the scandal involving the former governor, who served as Moon's personal secretary during the 2017 presidential race, as "a case of election manipulation that goes beyond the reach of election intervention."

"It's impossible that a secretary alone was the sole culprit behind such a large crime," the floor leader said, arguing that the president and the ruling Democratic Party were the true perpetrators behind the case.

PPP Rep. Bae Hyun-jin argued that the Moon administration has lost its legitimacy following the Supreme Court ruling and insisted that Cheong Wa Dae "should not seal its mouth" after the governor's conviction confirmation.

On Wednesday, a senior Cheong Wa Dae official told reporters that the presidential office had no particular statement to issue on the conviction ruling.

Jang Sung-min, a former aide of ex-President Kim Dae-jung reportedly considering a presidential bid, stated that Moon should consider handing in the remainder of his term instead of completing it "with the dishonor of serving as an anti-democratic president elected through a rigged election."

Choe Jae-hyeong, former head of the Board of Audit and Inspection, also delivered harsh rhetoric toward the president.

The former chief state auditor, who recently joined the PPP with apparent ambition to run as an opposition presidential candidate, called Moon "arguably the ultimate beneficiary from the opinion rigging scandal" and added that Moon "remaining silent is an act of disregarding the public." 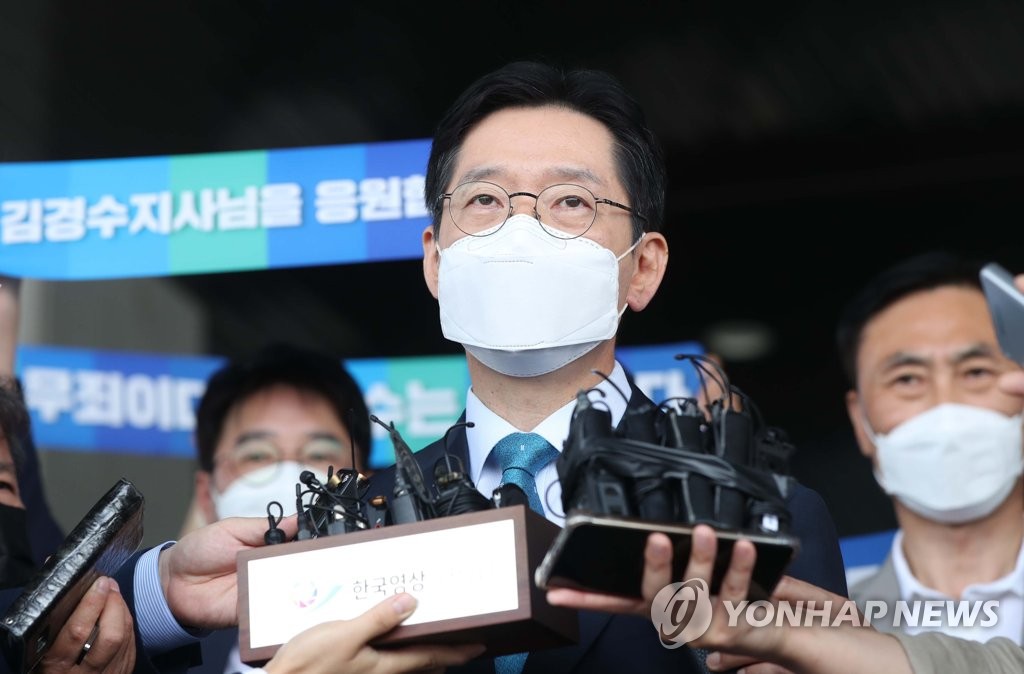