One of the service members arrived at Osan Air Base in Pyeongtaek, 70 kilometers south of Seoul, on a U.S. government chartered flight, and four service members and a civilian affiliated with the U.S. Department of Defense arrived on international commercial flights at Incheon International Airport, 40 km west of Seoul, earlier this month.

Thorough cleaning of all transportation assets and quarantine rooms has been completed, USFK said, adding contact tracing was limited as they were immediately quarantined upon arrival without interacting with people outside of the USFK installations.

The latest cases raised the total number of infections reported among the USFK-affiliated population to 1,107, most of whom tested positive upon their arrival here from the U.S. 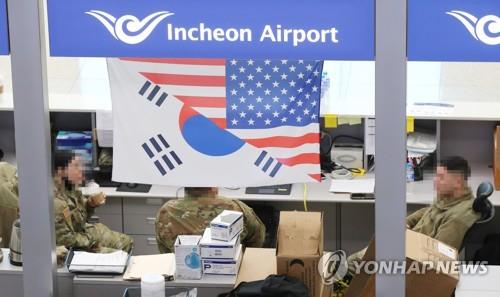