SEOUL, July 23 (Yonhap) -- South Korea's state energy bourse said Friday the country is expected to maintain a stable supply of electricity despite the sweltering summer heat, although growing demand from the industry sector may lead to lower power reserves.

"On Friday, South Korea's peak energy demand is expected to reach around 90.3 gigawatts (GW)," the Korea Power Exchange said in a statement.

"The power reserve ratio is expected to stand at 10.1 percent, maintaining the stable supply of energy."

South Korea's power consumption shot up to the highest level for this season the previous day, reaching 90 GW.

The demand, however, still falls below the peak of 92.5 GW posted in 2018, when the country experienced the hottest summer in 111 years. 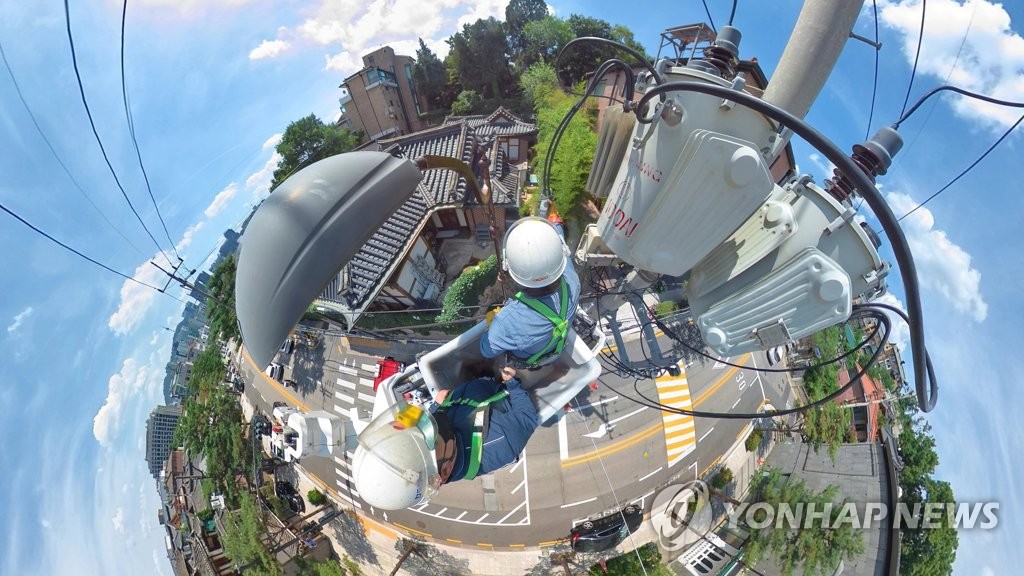 Heat warnings remained in effect for most parts of the country, with the daily temperature expected to reach as high as 37 C on Friday.

The state-run Korea Electric Power Corp. (KEPCO) earlier said it will be capable of supplying 99.2 GW of power in the second week of August. which is anticipated to become the hottest period of the summer.

The energy demand from the chip industry, which accounts for around 20 percent of the nation's exports, is expected to have grown 8.8 percent on-year during the first seven months of 2021. The automobile industry is also estimated to have spent 15.9 percent more electricity over the period, it added.