TOKYO, July 23 (Yonhap) -- South Korean archer An San set an Olympic record to win the women's ranking round of the Tokyo Olympics on Friday, while giving herself a shot at capturing three gold medals in the process.

An, 20, scored 680 out of a possible 720 points in the ranking round at Yumenoshima Park Archery Field in the Japanese capital. 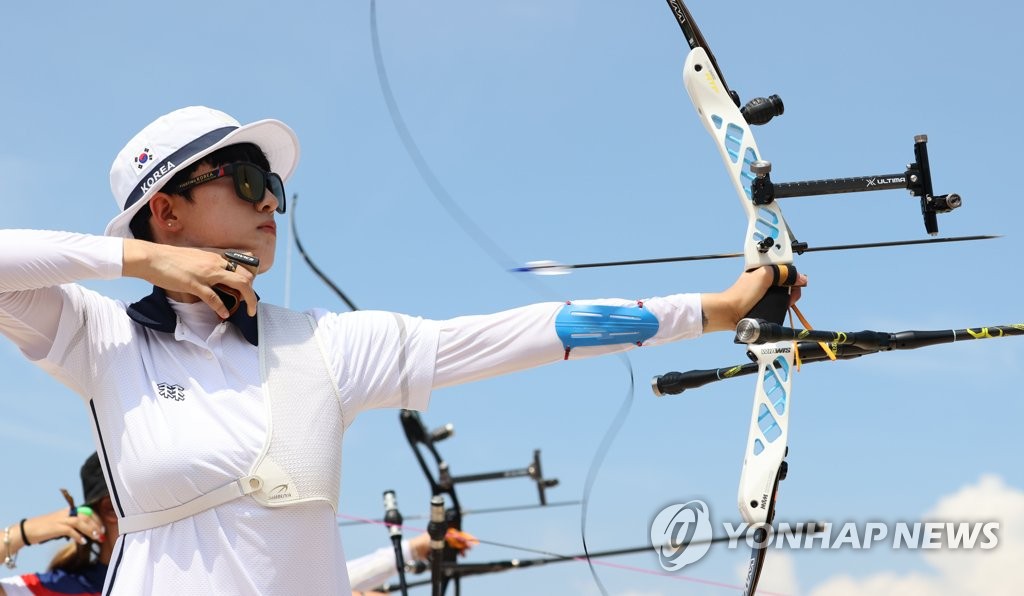 All three South Koreans broke the previous Olympic record score of 673, set by Lina Herasymenko of Ukraine in 1996.

Thanks to the top individual score, An will represent South Korea in the mixed team event Saturday. She will partner with the top South Korean male archer, to be determined in the men's ranking round scheduled for later Friday.

The mixed team event has been added to the Olympics for the first time here. An is also set to compete in the women's team and women's individual events, meaning she has a chance to grab three gold medals in her first Olympics.

South Korea earned the top seed for the women's team competition, with the trio's combined score of 2,032 points. Mexico was next with 1,976 points. 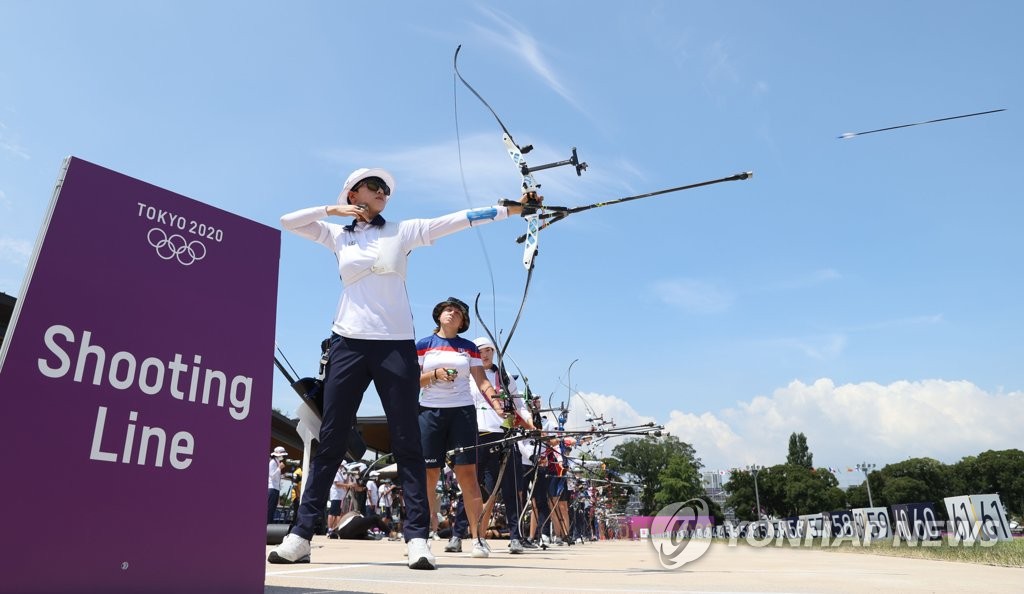