SEOUL, July 23 (Yonhap) -- Son Heung-min has signed a new four-year contract with Tottenham Hotspur, a deal that will keep the South Korean star in north London through 2025.

Tottenham announced on their website on Friday that Son has agreed to the fresh deal, but didn't disclose financial details. His previous deal was to expire in June 2023.

The 29-year-old has scored 107 goals and collected 64 assists in 280 appearances in all competitions since leaving Bayer Leverkusen for the Spurs in August 2015. 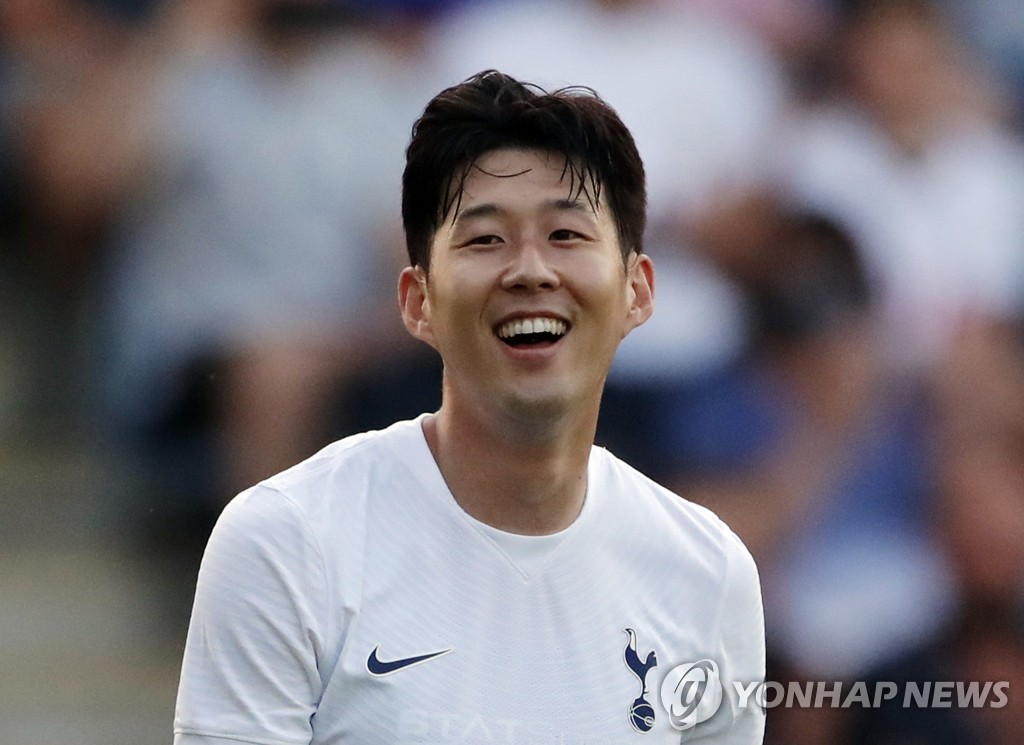 Son is also famous for scoring a breathtaking wonder goal against Burnley in league action in December 2019. He sprinted from just outside his own penalty area to score, earning the FIFA Puskas Award as the best goal of the year and also the Premier League Goal of the Season honor.

Son has been named the Player of the Month in the Premier League three times. He and teammate Harry Kane combined for a league-record 14 goals in the 2020-2021 season.

Son established a new career high with 17 goals in 37 league matches in the 2020-2021 campaign. He also set a personal best with 22 goals in all competitions this past season. 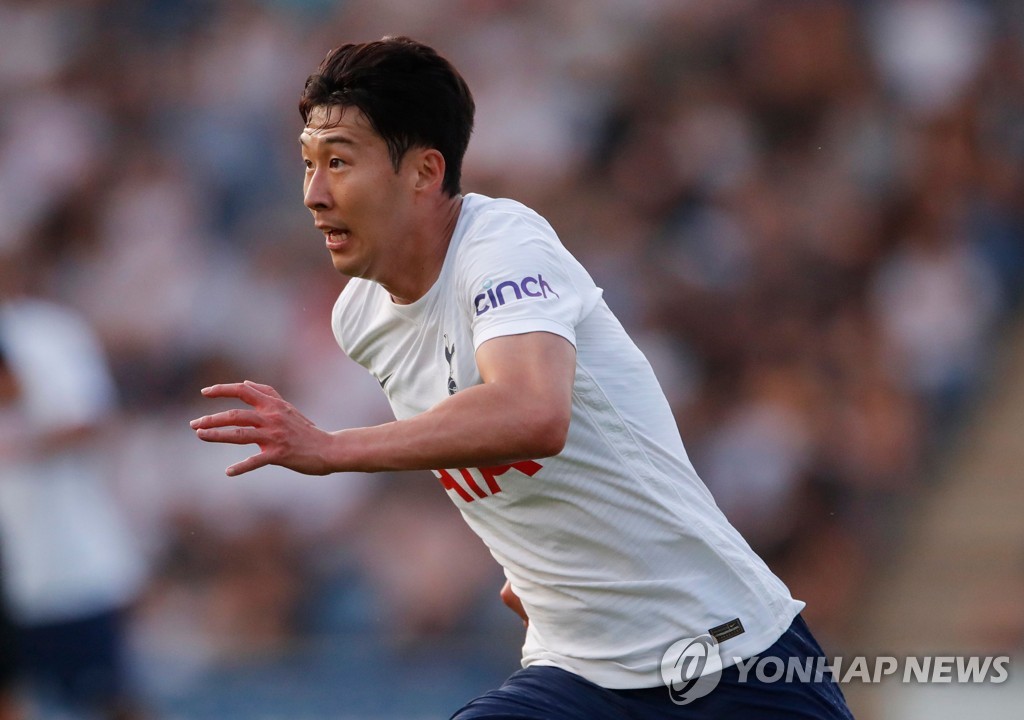 The South Korean captain had been linked to other European clubs in recent weeks, but Son told the team website that staying put with Tottenham "was easy. There was no decision."

"It was already a big honor to play here for six years, the club have showed me massive, massive respect and obviously I'm very happy to be here," Son was quoted as saying. "It's like home, especially with the fans, the players, the staff." 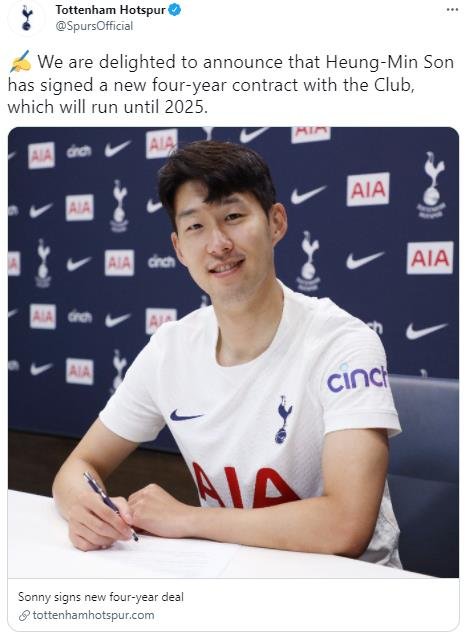