TOKYO, July 23 (Yonhap) -- Led by one of its biggest sporting stars and a promising teen athlete, the South Korean delegation to the Tokyo Olympics joined Friday's opening ceremony as the 103rd country in the parade of nations.

Based on the Japanese alphabet, South Korea's official English-language name, Republic of Korea, ended up 103rd among 205 countries and the team of refugee athletes. 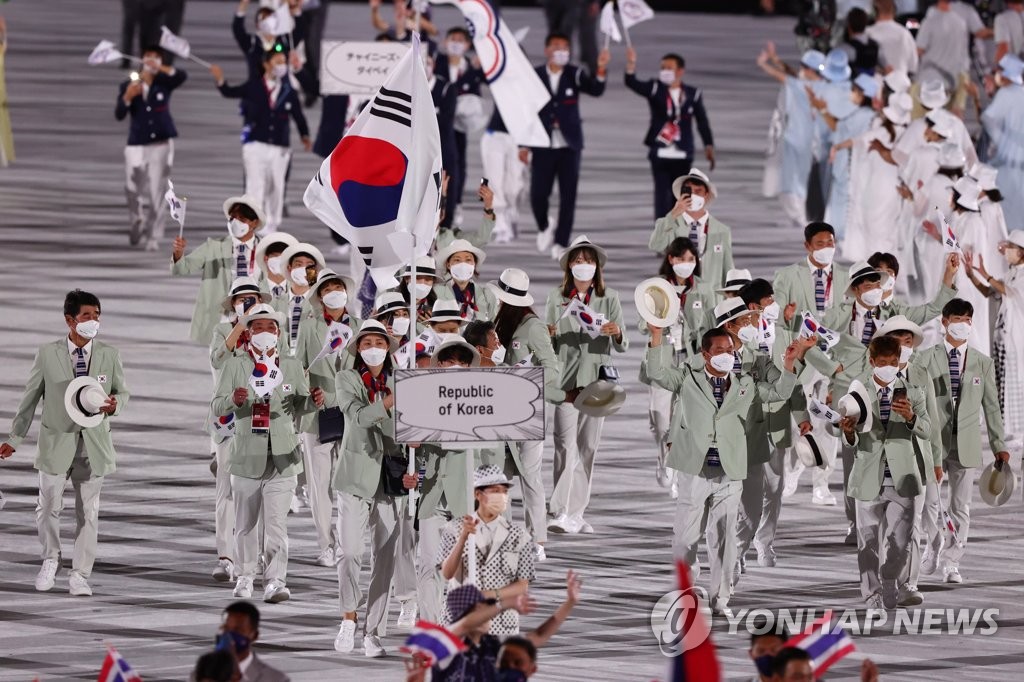 South Korea will have 232 athletes and 122 officials in 29 sports during the Olympics, which will wrap up on Aug. 8. However, because of COVID-19 concerns, the country only had 22 athletes from four sports and six officials, including the chief delegate Jang In-hwa, on hand for the opening ceremony. 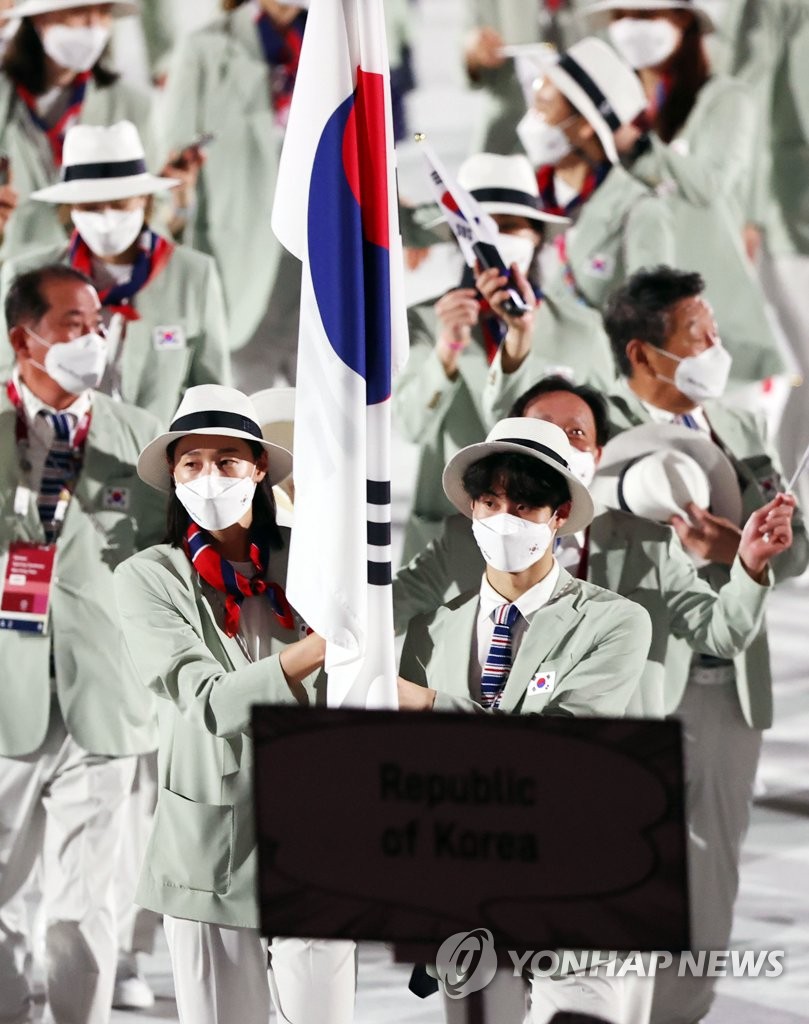 The first Olympic opening ceremony to be held during the COVID-19 pandemic had no fans in the stands, with only a few hundred officials and journalists present at the stadium. All athletes and officials on the ground wore masks and were asked to maintain safe distance from one another.

Greece, the birthplace of the modern Olympics, led off the parade, followed by the refugee team.

The host Japan was the last, with France and the United States, hosts of the next two Summer Olympics in 2024 and 2028, marching in right in front of Japan. 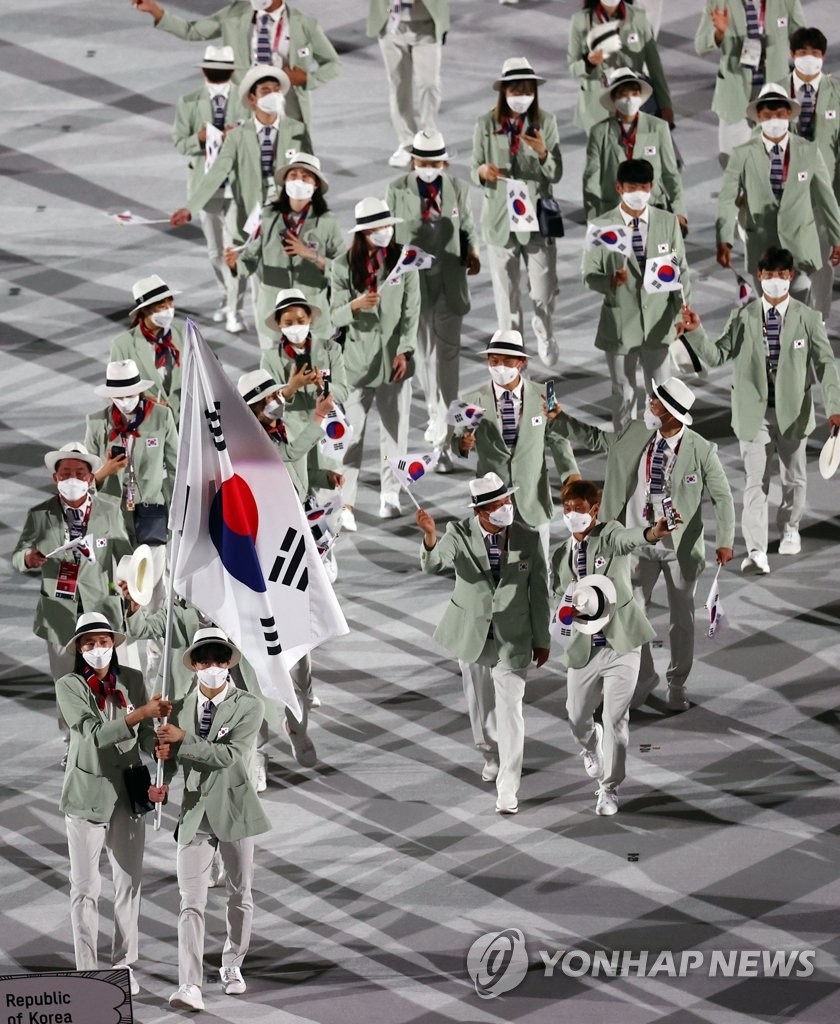