TOKYO, July 26 (Yonhap) -- South Korea won its back-to-back Olympic gold medal in the men's archery team event on Monday, giving the country a third gold from the sport in as many days in Tokyo.

Kim Je-deok, Kim Woo-jin and Oh Jin-hyek teamed up to defeat Chinese Taipei by the set score of 6-0 at Yumenoshima Park Archery Field in the Japanese capital on Monday. 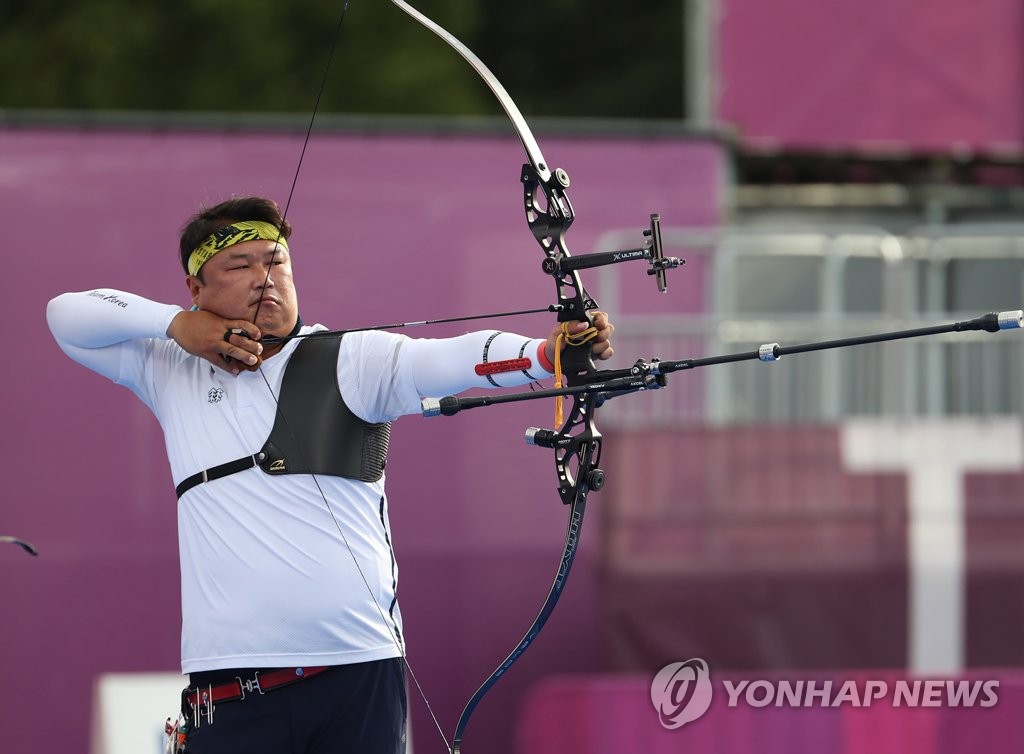 The country is now men's and women's individual titles away from sweeping all archery gold medals in Tokyo.

Oh and Kim Woo-jin also have two Olympic gold medals to their credit now. Oh is the 2012 individual champion and Kim was on the 2016 gold medal-winning men's team. 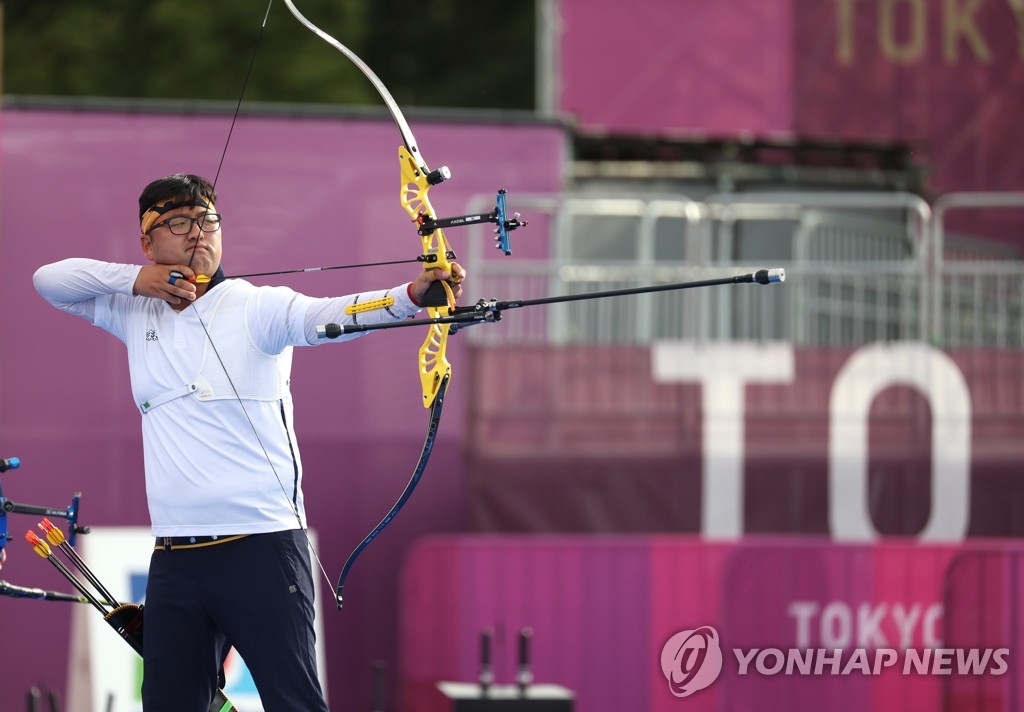 The men's team event was added to the Olympics in 1988, and South Korea has now won the men's team gold six times out of nine.

The team competitions in archery are now complete. The individual events begin with the round of 64 matches on Tuesday. 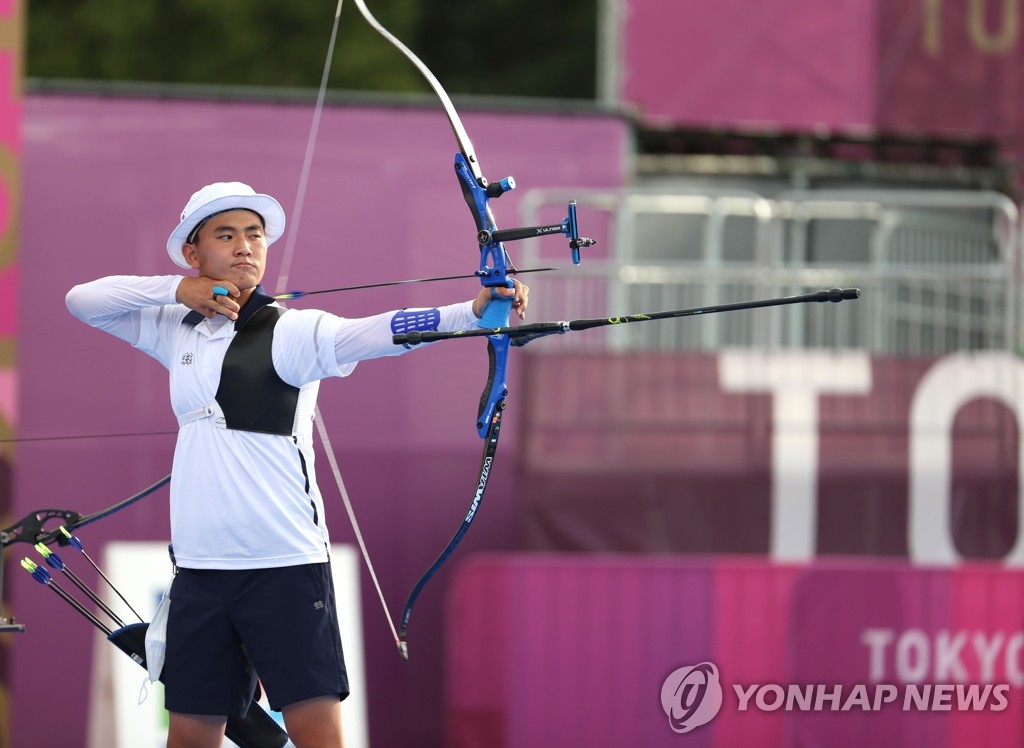