WASHINGTON, July 28 (Yonhap) -- South Korea and its people are safer when they work closely with Japan and the same holds true for both Japan and the United States, a senior U.S. diplomat said Wednesday.

Mark Lambert noted the countries still need to address their differences over history issues, but insisted they must still focus on areas where they can cooperate. 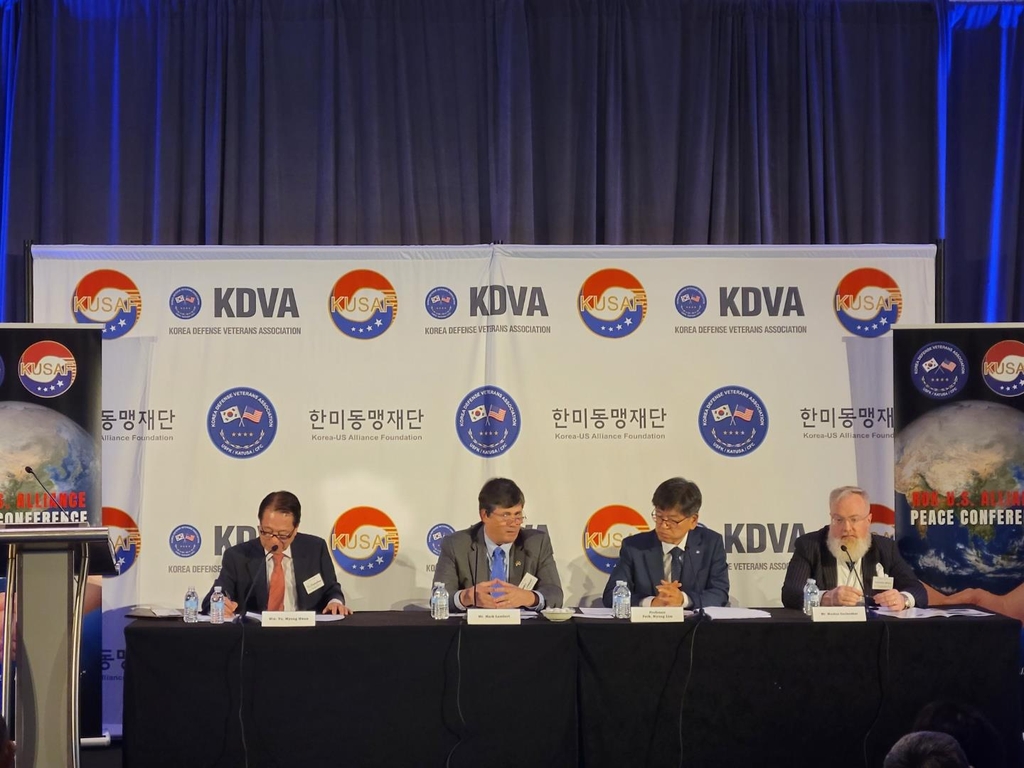 Seoul-Tokyo relations have been at their lowest ebb since mid-2019 when Japan imposed a series of trade measures against South Korea in what many viewed as economic retaliation against Seoul court decisions in favor of Korean men and women forced into free labor or sexual slavery during Japan's 1910-45 colonial rule of Korea.

Lambert said the countries should address such "atrocities," but separate them from things they can cooperate on.

"It's no secret that for many years, we have been working with Tokyo and Seoul to try to find common ground. And let's be frank -- history is not going to change. The atrocities of the 20th century are what they are," he told the conference attended by some 100 people from South Korea and the U.S., including former South Korean Foreign Minister Yu Myung-hwan and retired Gen. Vincent Brooks, former chief of the U.S. Forces Korea, who currently heads the KDVA.

"I think our challenge as practitioners is to have those things (atrocities of the 20th century) in one basket, treat them accordingly, but also try to fill up another basket with things that bring the countries together in the 21st century," added Lambert.

Lambert emphasized the importance of regional cooperation, such as U.S.-South Korea-Japan trilateral cooperation, partly to deal with what he called an authoritarian China.

"I think the important thing is there is going to be a growing number of multilateral bodies that are trying to stand up for democratic processes," he said, adding, "The biggest challenge that my country faces right now is a hegemonic and authoritarian China."

South Korea, however, is seen cautious as to not appear to be taking any one side between its oldest ally, the United States, and its largest trade partner, China.

Many also argue Seoul's so-called "strategic ambiguity" may have been encouraged by China's strong economic retaliation against South Korea in 2017 when Seoul agreed to host a U.S. anti-missile system, called THAAD, as well as what they call the U.S.' failure to come to South Korea's aid.

Lambert argued his country has always been there for South Korea and that it will continue to do so.

"So, for South Koreans who think that the United States either is not willing to stand up to China, I would question that, but also who say that the United States is not willing to support South Korea when it is punished by an angry China, I would question that as well," he said. "I think we do stand shoulder to shoulder with our Korean allies."