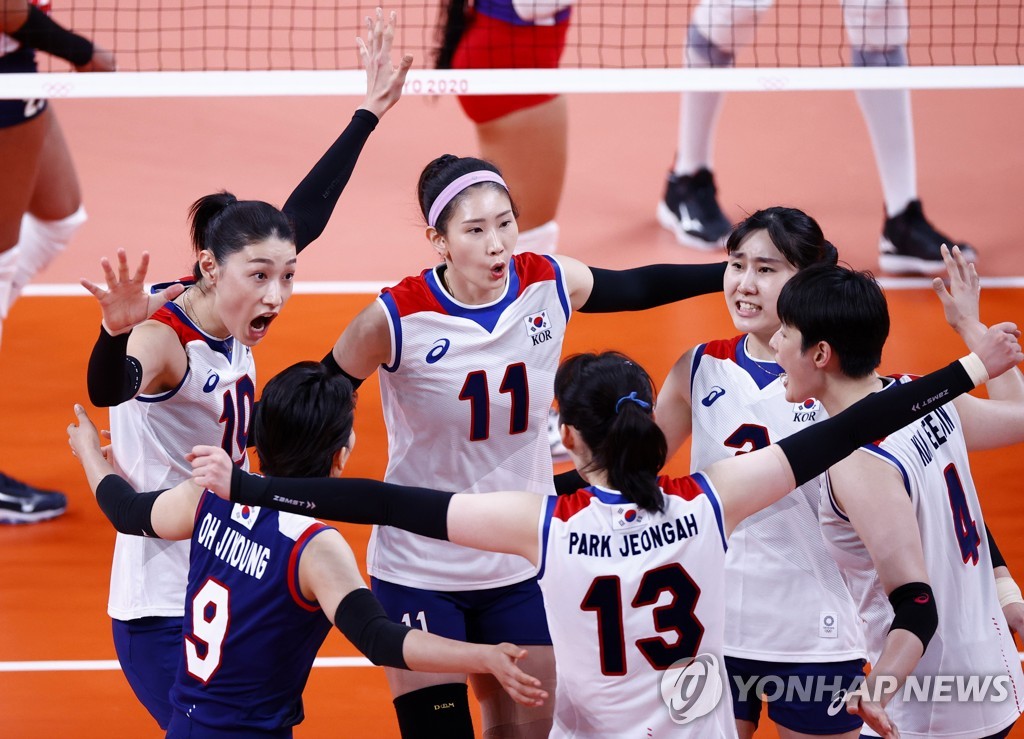 South Korea has two wins and a loss after three matches in Pool A. The top four teams out of six after round-robin play will progress to the quarterfinals. South Korea temporarily moved to third after Thursday's win.

South Korea opened the Olympics with a straight-set loss to Brazil on Sunday but beat Kenya in three sets two days later.

In the deciding fifth set, the teams traded points until South Korea went up 7-5, the first two-point lead by either team in the set.

The Dominicans pulled even again at 9-9, and Kim Yeon-koung came through with a huge block on Jineiry Martinez.

A serve point by Kim put South Korea up 11-9, and a block by Yang Hyo-jin gave South Korea a three-point lead. 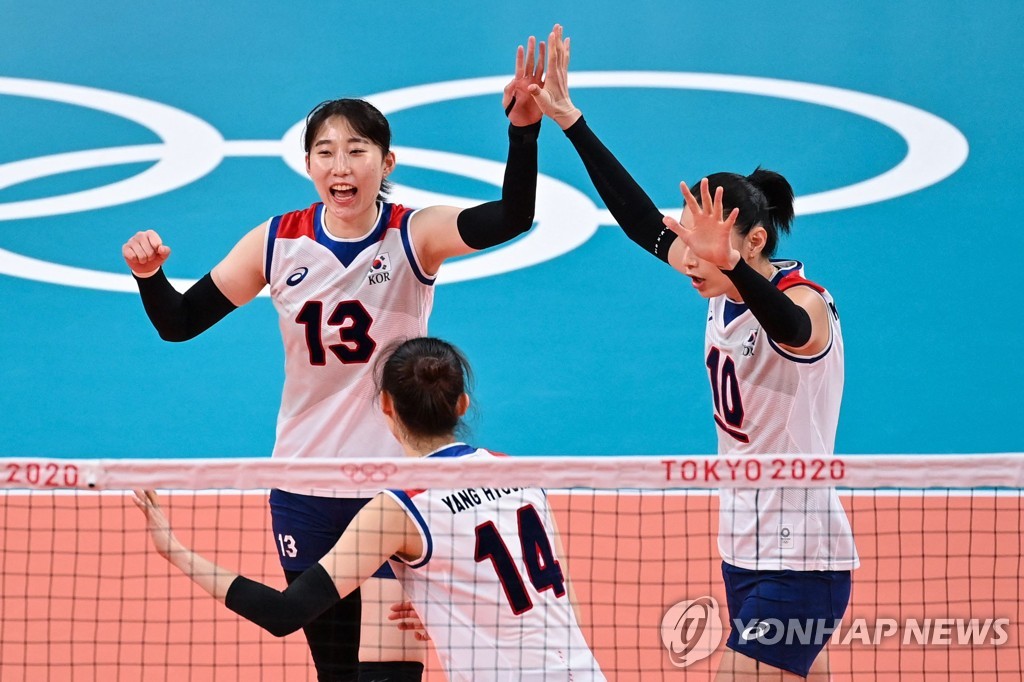 "To get to the quarterfinals, this was the match we really had to win," Kim Yeon-koung said. "We talked before the game about how we'd been preparing for this moment for two years. We hadn't done well against the Dominicans recently, but we broke down a lot of numbers and prepared as well as we could."

Setter Yeum Hye-seon, who contributed four serve points, said she was particularly confident about her serves in the match and added, "There's just something about being on the national team that helps my serves."

As for setting up the balanced attack, Yeum said, "We have so many talented attackers. I wanted to spread the wealth and get them all involved in the offense."

Next up is Japan at 7:40 p.m. Saturday, back at Ariake Arena, followed by the final group match Monday against Serbia.

A win over Japan will all but send South Korea into the quarters, and South Korean players said they will pull out all the stops to beat their archrival.

"It's a match we absolutely have to win," Yeum said. "Any match against Japan is important, and we're meeting them with a spot in the quarterfinals on the line. We have to stick together as a team."

Kim said South Korea has to be more consistent and learn how to bounce back after a slow start.

"We may not be a volleyball powerhouse, but I think we have great teamwork," the captain said. "I think we proved today that if we can stay tight as a team, we can do some damage." 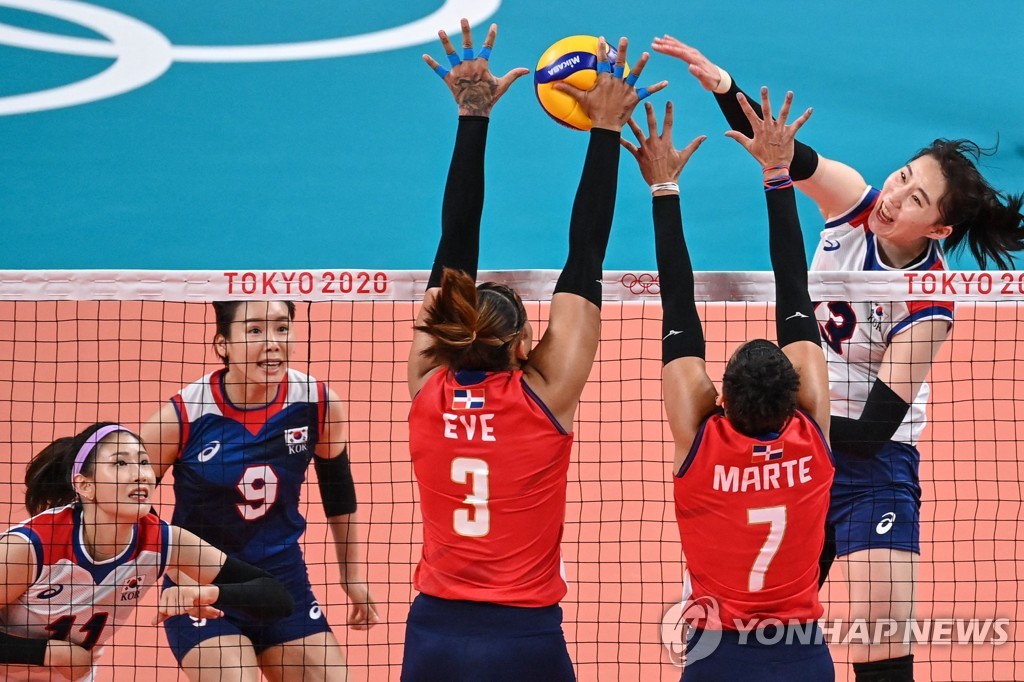