Lee Ki-heon, secretary to Moon for civil participation, was tapped as secretary for civil affairs and justice, to replace Lee Gwang-cheol, according to Cheong Wa Dae spokesperson Park Kyung-mee.

Lee offered to resign early this month after being indicted on suspicions that he was behind an allegedly illegal travel ban on a former vice justice minister involved in a bribery scandal. 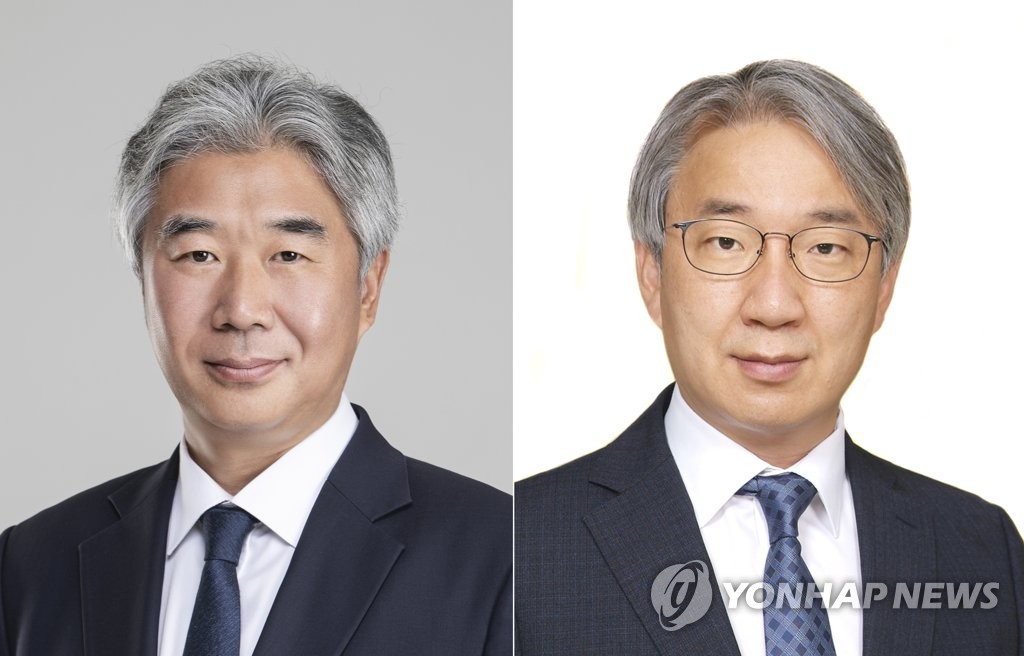 The president promoted Lee Won-koo, deputy Cheong Wa Dae secretary, for anti-corruption, to serve as secretary for the matter. Lee is succeeding Kim Gi-pyo who tendered his resignation amid allegations of real estate speculation.

"As the new secretaries have the experiences of working as deputy secretaries at the offices, they are well aware of relevant affairs. They are expected to faithfully carry out their duties," Park said in a statement.

The two are scheduled to assume their new positions Saturday.

The president had faced public pressure for leaving Lee Gwang-cheol in the key secretarial post. He is accused of having pulled strings for the controversial measure in March 2019 to prevent former Vice Justice Minister Kim Hak-ui from leaving South Korea.

Some officials working then at the law enforcement authorities are alleged to have colluded for the travel ban, which prosecutors regard as illicit, even through the falsification of official documents. The measure was taken as prosecutors sought to reinvestigate allegations that the former vice minister received sexual favors from a local businessman in the mid-2000s.