In a message for Cho Guham, Moon thanked him for bringing great joy to the people by winning a silver medal in the men's 100kg judo contest.

Moon mentioned his final match with Aaron Wolf of Japan the previous day.

"It was a game where your speed, endurance and manners shined," the president noted in the message also posted on social media. 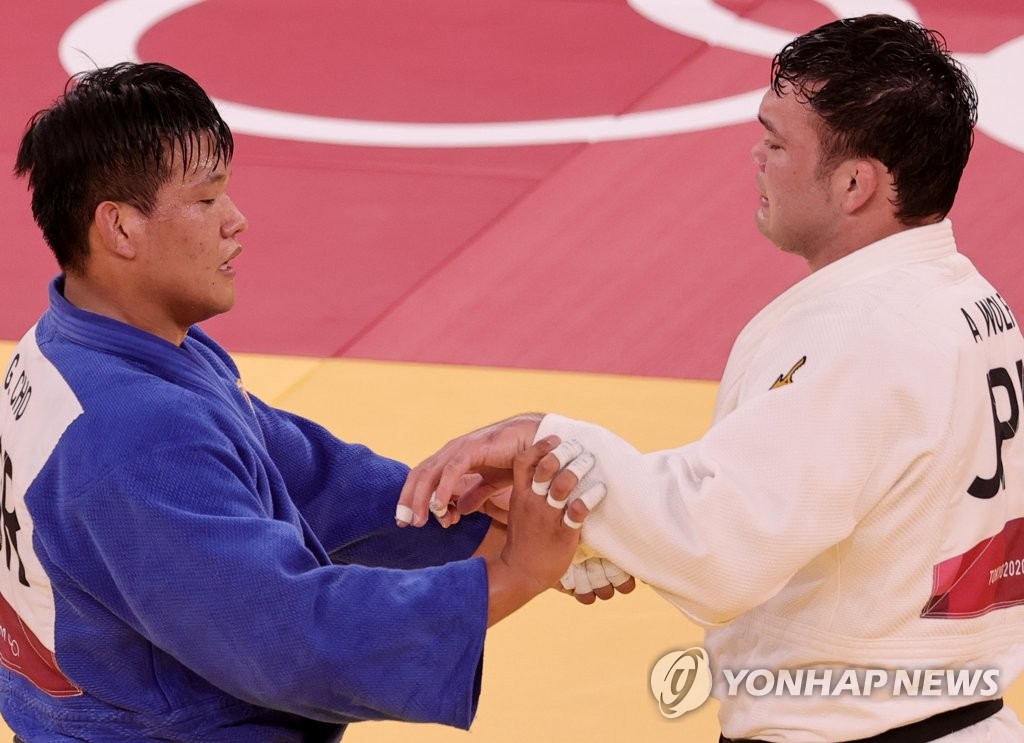 Moon also congratulated the members of the fencing squad on winning gold.

"I am more proud of you now that it represents a splendid achievement" as the second straight gold of South Korea's Olympic sabre fencing team, he added in a note each for Kim Jung-hwan, Gu Bon-gil, Kim Jun-ho and Oh Sang-uk. 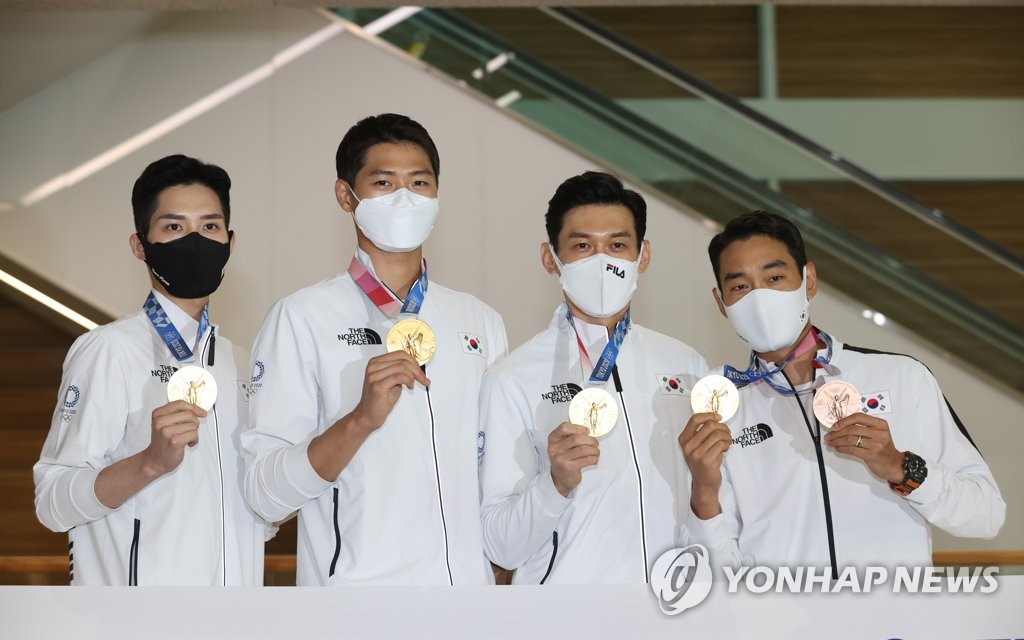