Yoon submitted an application to join the People Power Party (PPP) during his meeting with Rep. Kwon Young-se, the chief of the party's external relations committee, at the party's headquarters in Seoul.

The move, coming about a month after Yoon's official declaration to run in the March 9 presidential election, will subject him to the party's in-house primary election to pick its single presidential candidate.

"It will be a due obligation (for me) to join the main opposition party and follow through with its primary from the first stage openly and squarely to achieve a change of government," Yoon said during the meeting.

"I think, by doing so, I would be able to win higher and more universal support from the public," he noted. 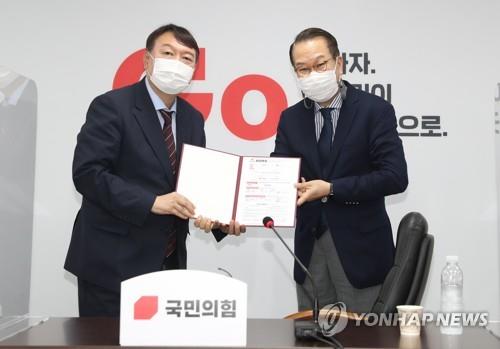