In the three-day poll of 1,000 voters nationwide Tuesday, the portion of those who have a favorable view of the DP gained 2 percentage points from a week earlier.

The PPP's approval rating was unchanged at 28 percent, with the gap widened to a level beyond the margin of error, which is plus or minus 3.1 percentage points, for the first time in nine weeks in the pollster's tracking survey.

President Moon Jae-in's approval rating remained flat at 40 percent and 53 percent of respondents disapproved of his leadership, up 2 percentage points. 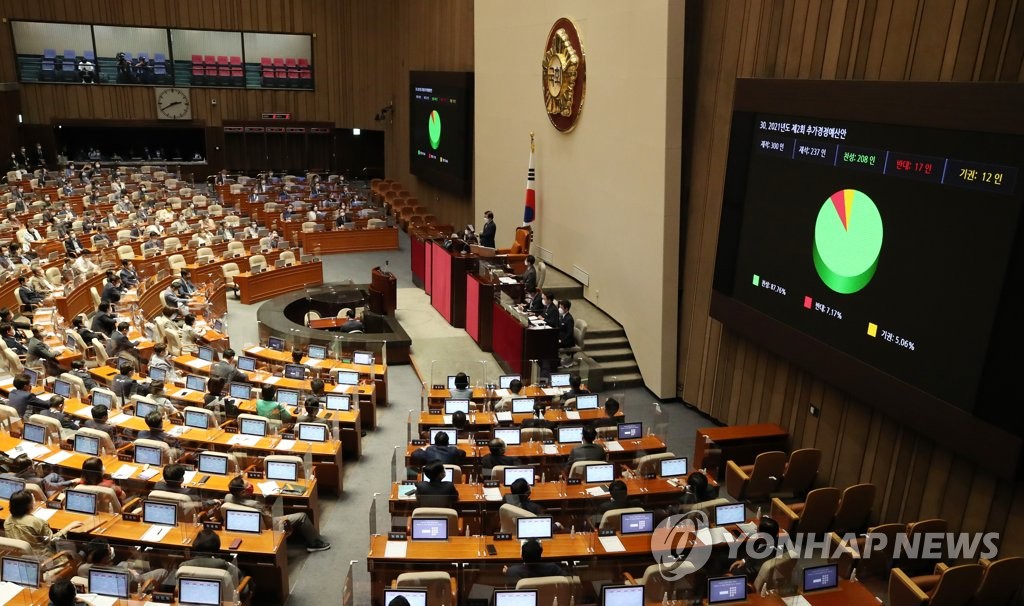