TOKYO, Aug. 4 (Yonhap) -- South Korea stunned Turkey in five sets in the quarterfinals of the Tokyo Olympic women's volleyball tournament on Wednesday, with its captain and greatest player keeping alive hopes of winning her first medal.

In Friday's semifinals, South Korea will face the winner of the Brazil-Russian Olympic Committee quarterfinal match. 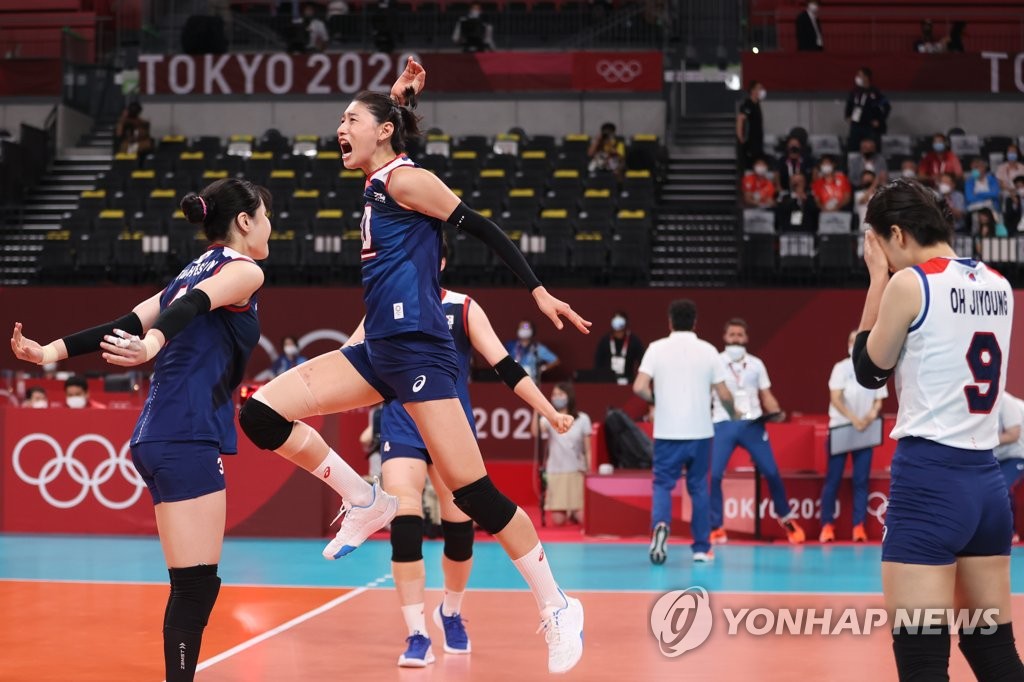 South Korea rallied from a 7-3 deficit to draw even at 9-9 in the first set, only to see Turkey pull away with four straight points. Turkey's lead quickly ballooned to 17-10, as South Korea had trouble against the opposition's quick attacks.

Meryem Boz and Zehra Gunes led the early Turkish onslaught, and five different players for Turkey recorded at least a block in the opening set.

South Korea led 5-2 to begin the second set and went up by 11-6 on a huge block by Kim Yeon-koung on Eda Erdem Dundar and a serve ace by Kim Su-ji.

From there, South Korea took advantage of some sloppy plays from Turkey to open up a 17-7 lead.

With South Korea up 19-9, Turkey pushed back by getting three straight points. But South Korea managed to close out the set, with Kim Yeon-koung's spike from the left side giving the team its 25th point.

South Korea built on that momentum and led 5-1 early in the third set. Turkey cut it to 8-7 but South Korea pulled ahead to 13-9, with a combination of attacking points and Turkish miscues. 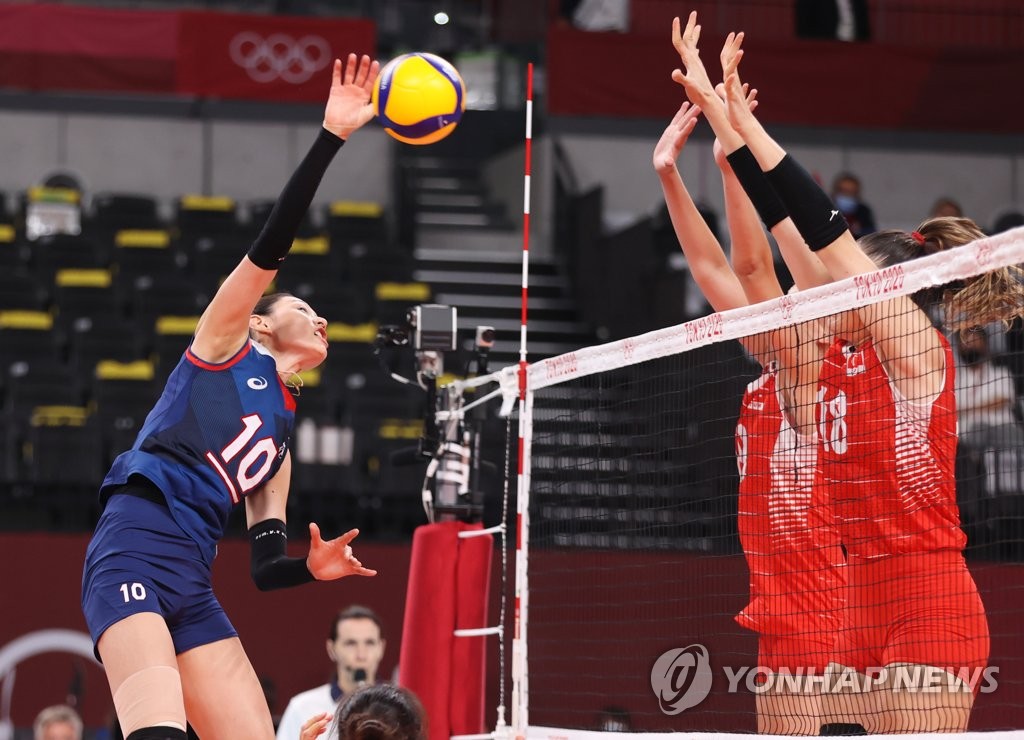 But Turkey wasn't going down without a fight. Erdem Dundar's block on Kim Hee-jin knotted the score at 15-15. From there, the teams traded points until South Korea went up 23-21, on consecutive points by Kim Yeon-koung.

Turkey got a point back on Boz's spike, but South Korea moved to a set point at 24-22. Turkey clawed back to force a deuce, with Yang Hyo-jin unable to get a spike over the net.

An intense seesaw battle ensued, and Park Jeong-ah finally closed out the set with two straight attacking points for a 28-26 win.

It was all Turkey in the fourth set, as it scored the first three points and went up 10-3. South Korea battled back to pull within 14-11 and then 16-14, with backups Jeong Ji-yun, An Hye-jin and Park Eun-jin contributing points. 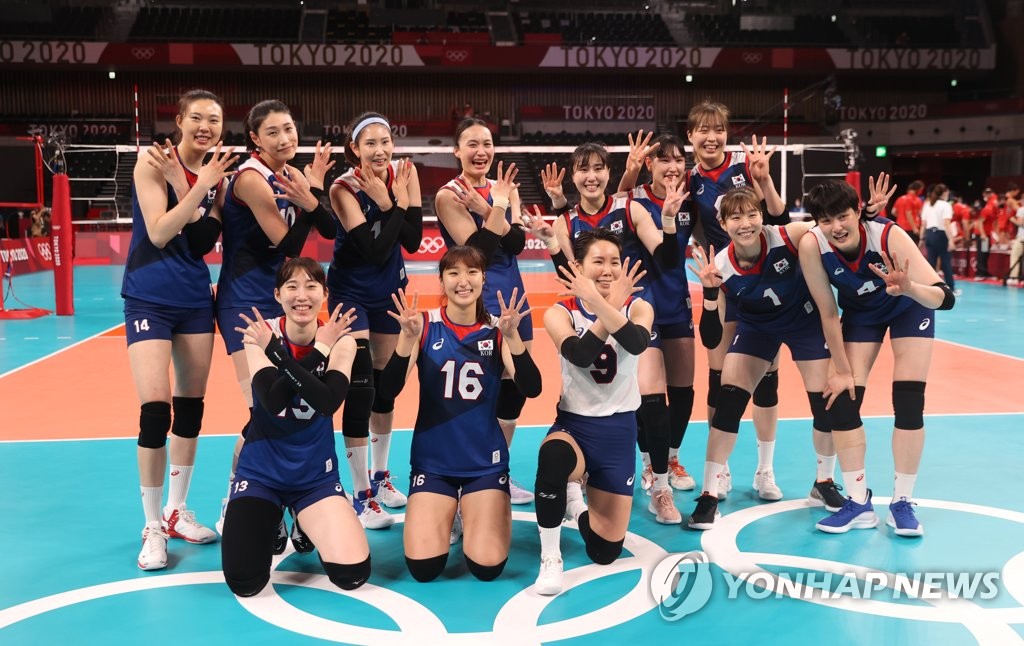 But then Turkey had all the answers, as it reeled off six straight points to go up 20-14. Turkey took the set 25-18 without much stress.

In the deciding fifth set, South Korea was down 6-3 early but Park Jeong-ah's attack tied the score at 7-7.

But fittingly enough, Kim Yeon-koung put the finishing touch on the exhilarating five-setter, sending South Korea to an unlikely semifinals. 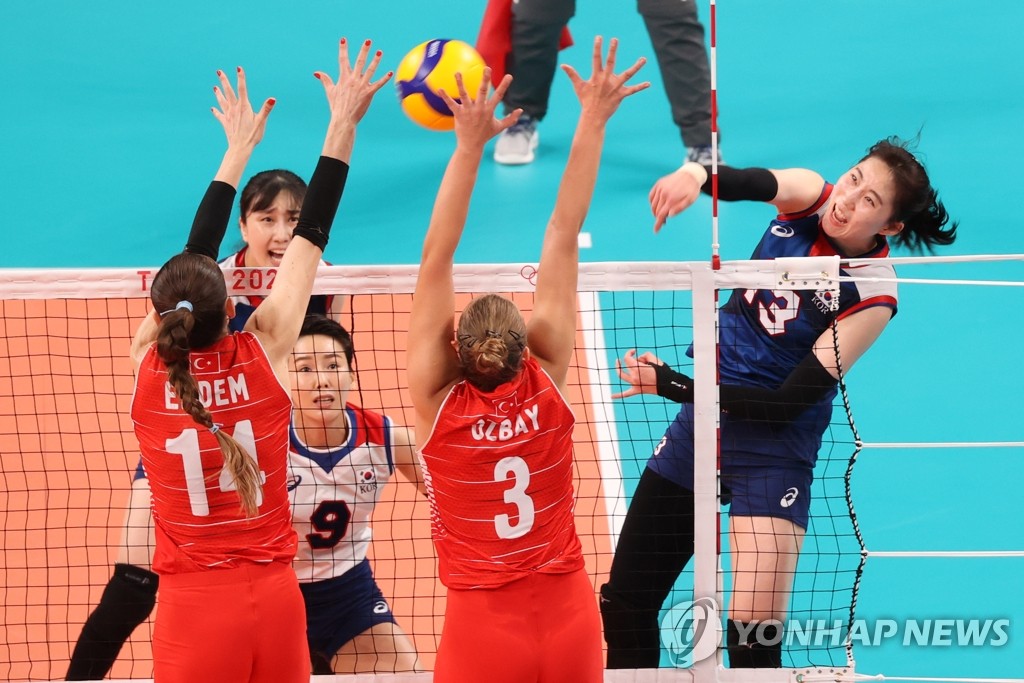