SEOUL, Sept. 1 (Yonhap) -- South Korea's 5G user base continued to expand in July to reach over 17 million users, data showed Wednesday, with the growth expected to pick up later this year on the back of launches of new devices.

The total number of 5G subscriptions stood at 17.08 million in July, up around 616,000 from the previous month, according to the data from the Ministry of Science and ICT.

The latest figure accounts for around 24 percent of the total 71.71 million mobile network subscriptions in the country.

South Korea, which has a population of 51.3 million, first commercialized 5G networks in April 2019 and has so far secured 5G coverage across its 85 cities. 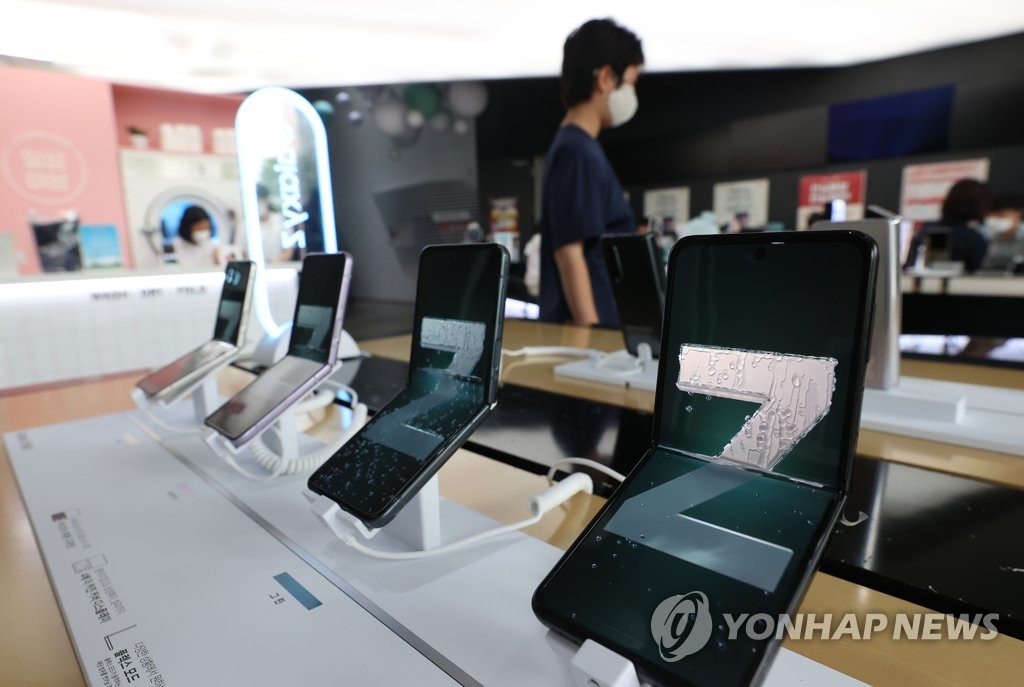 SK Telecom Co., the country's largest wireless carrier by subscriptions, had just over 8 million 5G users in July, followed by KT Corp. at 5.2 million and LG Uplus Corp. at 3.8 million.

The number of 5G users is expected to grow at a faster pace with the launches of Samsung Electronics Co.'s new foldable smartphones -- the Galaxy Z Fold3 and the Galaxy Z Flip3 -- last month.

The new phones have met rave reception in South Korea, with preorders for the devices topping 800,000 units over a one-week period that ended Aug. 23.

Apple is also set to unveil its next iPhone devices as early as this month, and their release will likely encourage more users to migrate to 5G networks.

The latest ministry data comes after an ICT ministry report a day earlier found that average 5G download speeds in South Korea reached 808.45 megabits per second (Mbps) in the first half of this year, an improvement from 690.47 Mbps in the second half of last year.