SEOUL, Sept. 1 (Yonhap) -- The new defense cost-sharing agreement between South Korea and the United States took effect Wednesday, the foreign ministry said, a day after the National Assembly ratified the deal on sharing the cost for the upkeep of American troops here.

After Tuesday's parliamentary ratification, the two countries notified each other that all domestic procedures necessary for the agreement to go into effect have been completed, bringing the deal officially into force, the ministry said.

The pact, known as the Special Measures Agreement (SMA), "is expected to provide conditions for the stable stationing of the U.S. Forces Korea (USFK) and greatly contribute to strengthening the South Korea-U.S. alliance," the ministry said.

The deal was reached in March after 1 1/2 years of tough negotiations amid Washington's call for a sharp increase in Seoul's share under the previous Donald Trump administration. 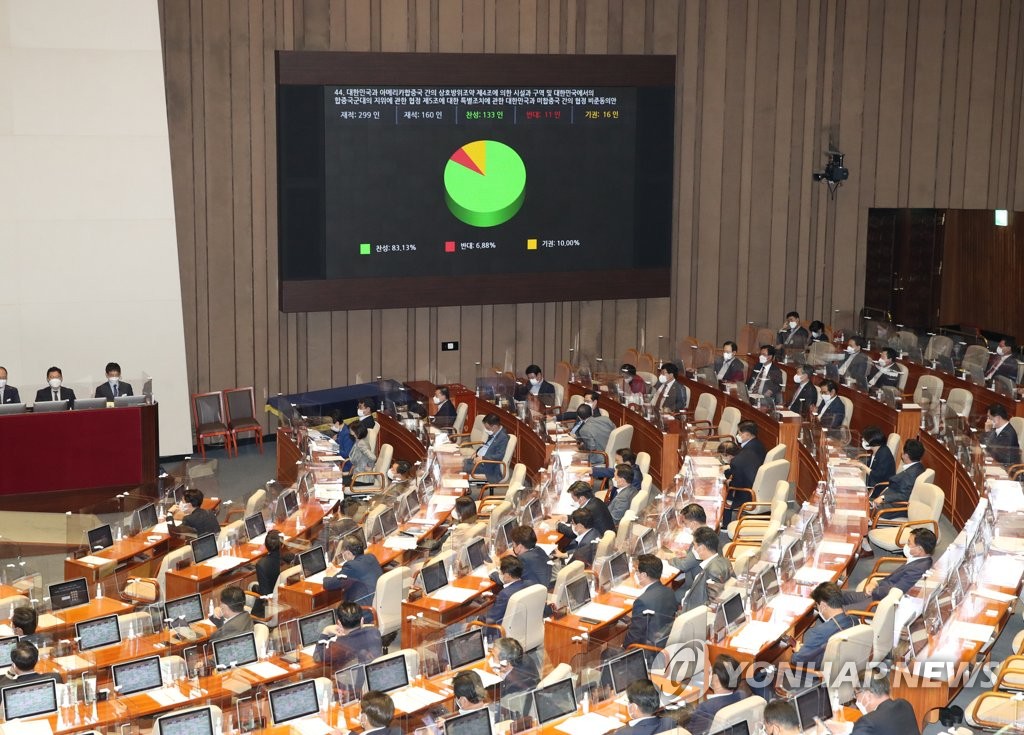