SEOUL, Sept. 2 (Yonhap) -- South Korea settled for a scoreless draw against underdogs Iraq in a FIFA World Cup qualifying match at home on Thursday, a disappointing start to the final journey to Qatar for football's showpiece tournament next year.

South Korea, ranked 36th, dominated ball possession but had nothing to show for it against the 70th-ranked opponent at Seoul World Cup Stadium. 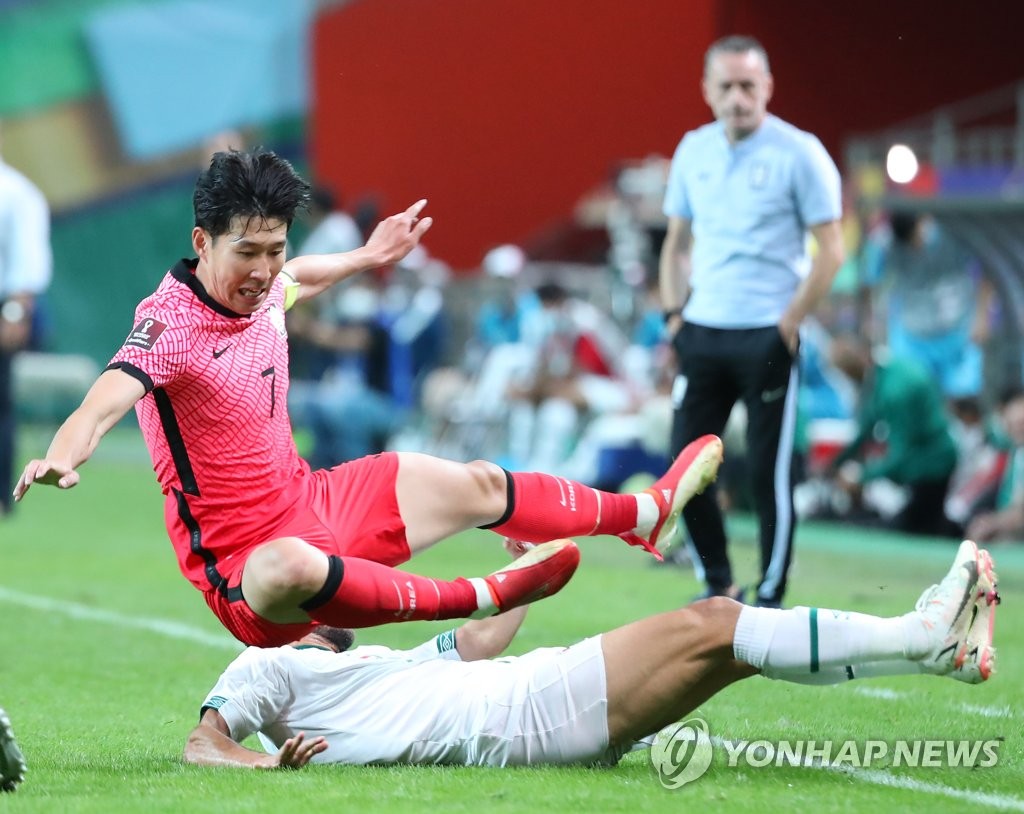 Next up will be Lebanon at 8 p.m. next Tuesday at Suwon World Cup Stadium in Suwon, 45 kilometers south of Seoul.

South Korea's best opportunity of the first half came in the 27th minute. After Hwang Ui-jo's header off a Hong Chul cross got blocked by an Iraqi defender at the goal line, the rebound went right to Lee Jae-sung standing in front of an open net. But the midfielder airmailed the shot well over the crossbar.

Iraq didn't record a shot attempt in the opening half, while South Korea had seven shot attempts and two shots on target. 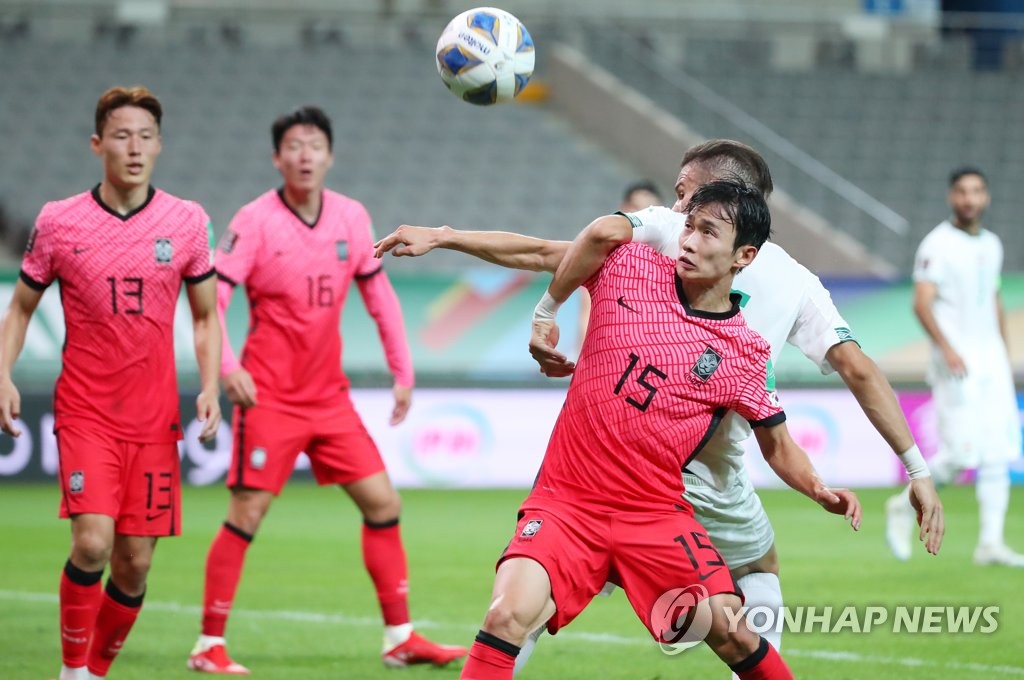 Nam Tae-hee replaced Son Jun-ho to begin the second half, as Bento took out one of his two defensive midfielders in favor of the offensive-minded Nam.

A dozen minutes into the second half, Hwang Hee-chan took over the right wing spot from Song Min-kyu. And Hwang nearly gave South Korea the lead in the 72nd minute, when his header from close range, set up by Hong Chul, went right to goalkeeper Fahad Talib. 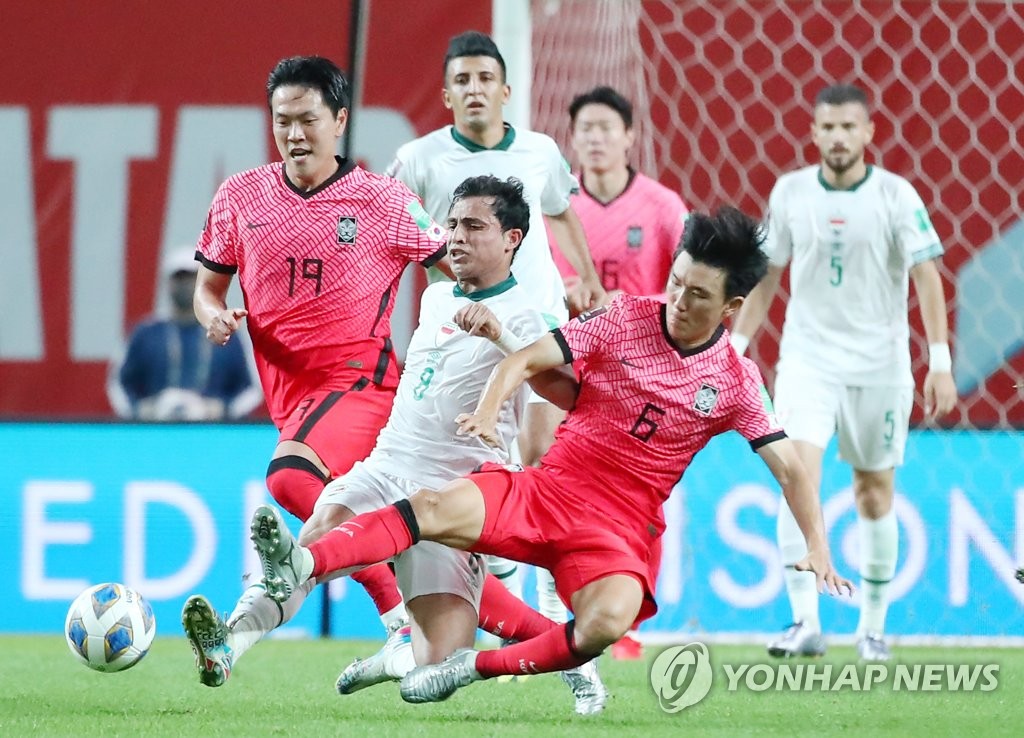 Iraq became more active in the attacking zone in the latter half, though it didn't lead to any dangerous chances. At the other end, Iraq defenders bent frequently but never broke, and they appeared more than satisfied with the draw and the resulting one point from the away match.

There are two groups of six in the current phase. The top two nations from the two groups will qualify for the World Cup in Qatar. The No. 3 seeds will square off in a playoff match, and the winner will move on to the last-chance intercontinental playoff.

South Korea have played at every World Cup since 1986, including as a co-host with Japan in 2002. 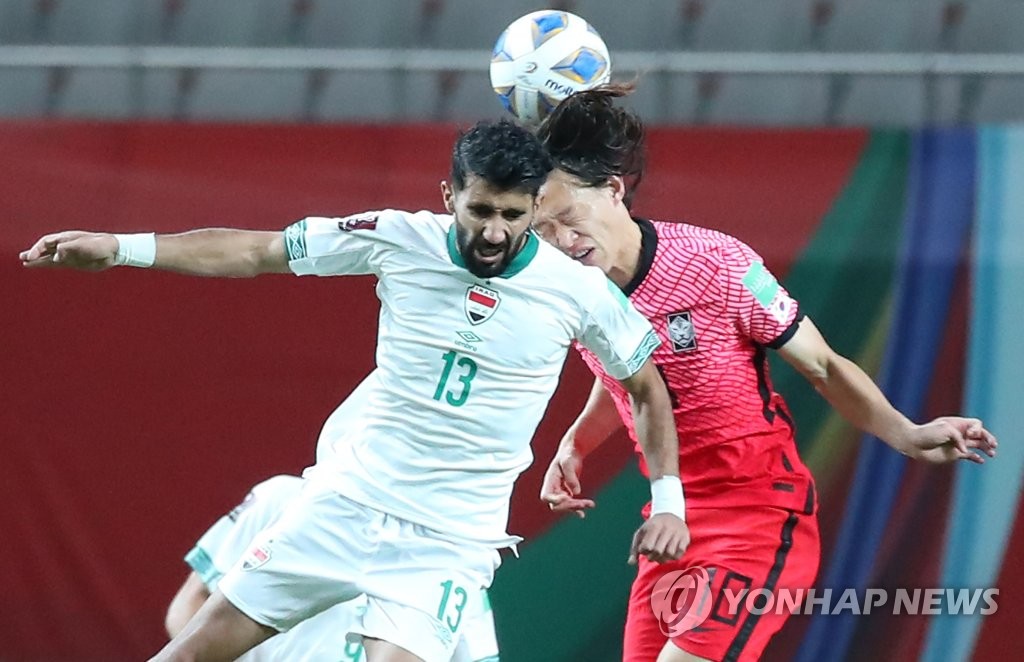