SEOUL, Sept. 7 (Yonhap) -- Jincheon, a county of some 85,000 residents, about 90 kilometers southeast of Seoul, received an unexpected windfall late last month following media reports that it will provide temporary accommodation to 390 Afghan evacuees brought in from Kabul.

In support of the county's decision to embrace the foreigners, people flocked to the county-run online market to buy Jincheon regional specialties, such as rice, other grains and fruit.

With the purchase orders pouring in, the officials had to shut down the website for a few days in order to process the deliveries. According to the county, the sales for four days surged to an amount surpassing its monthly average.

"I am deeply touched by the grateful hearts that embraced the Afghan people. I hope my purchase will help a little," a customer's comment read on the Jincheon mall website, one of the scores of similar comments that filled the review pages. The online store was back in business as of last Thursday.

Efforts to spend money for an individual or entity in support of their right choices or ethical deeds are gathering steam in South Korea, amid a growing consumer trend that seeks to find value and meaning in purchases.

Experts say the emerging "buycott" movement, or what's lately dubbed here "buycotts for good influence," is seen as a new phenomenon in a country perhaps more familiar with political boycotts against particular brands for their unethical behavior or discriminatory remarks. 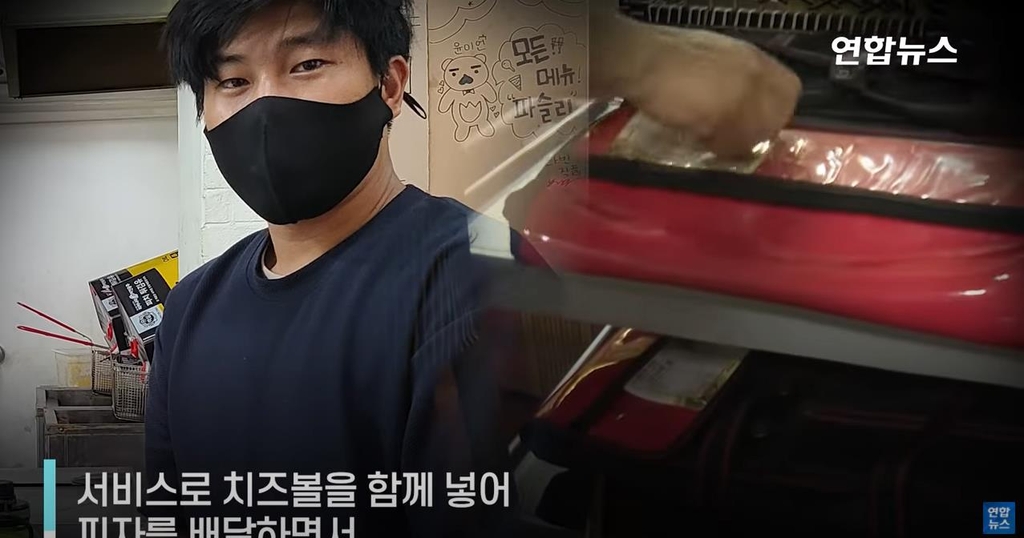 A buycott case that has drawn public attention is that of Park Jae-hui, a young branch owner of a fried chicken franchise in western Seoul. Park, who runs the diner in the popular hangout spot of Hongdae, has been bombarded with home delivery orders after his free offer of a fried chicken dish to two underfed brothers was made known early this year.

Last month, a pizza shop in Incheon, west of Seoul, also received a flood of delivery orders after it became known that the branch owner gave a pan of pizza for free to a man who wanted to buy one for his daughter on her birthday. The father, who lost his job amid the pandemic, had 571 won (49 US cents) left in his bank account.

The buycott movement has produced its own buzzword in Korean, "donjjul." It's a coined term combining "don" (money) and "honjjulnaeda," which translates to "tell somebody off" or "give someone a hard lesson."

So to give somebody donjjul means showering the person with money for something good he or she has done.

"These buycott cases drew attention because the consumers rooted for those who they think did the 'right thing' and should deserve credit," Lee Eun-ha, a consumer studies professor at Inha University, said. "People were moved by their moral decisions."

Consumers heaped more donjjul on Park's store after the older brother revealed that Park took his younger brother to a hairdresser's and paid for his haircut.

Experts also cited the coronavirus pandemic as a factor that has helped spur the conscious buying.

"These people were self-employed who run small businesses and yet offered a helping hand to others when they were probably in need of support the most," Kwak Keum-joo, a cultural studies professor at Seoul National University, said.

"When these heart-warming stories were heard, they inspired the public to join and contribute what they can," Kwak added.

In early August, 2,000 boxes, or 1.6 tons, of zucchinis grown in the eastern provincial county of Hwacheon were sold out in two hours at an online store. The county, with the help of an e-commerce platform, ran the buying campaign at a lower cost to help the zucchini farms struggling with falling demand amid COVID-19.

Koo Jeong-woo, a sociology professor at Sungkyunkwan University, described the buycott movement as "expressing opinions in currency," which is driven by the younger generations familiar with the use of social networking and e-commerce platforms.

"This is a way for the MZ generation to gain a sense of self-efficacy through political participation," Koo said, referring to the combination of two generations -- generation millennials (M) born between 1980 and 1994, and generation Z born between 1995 and 2004.

According to a study by the Seoul city government, the MZ generation numbered 3.43 million, accounting for the largest of all age groups in the capital. 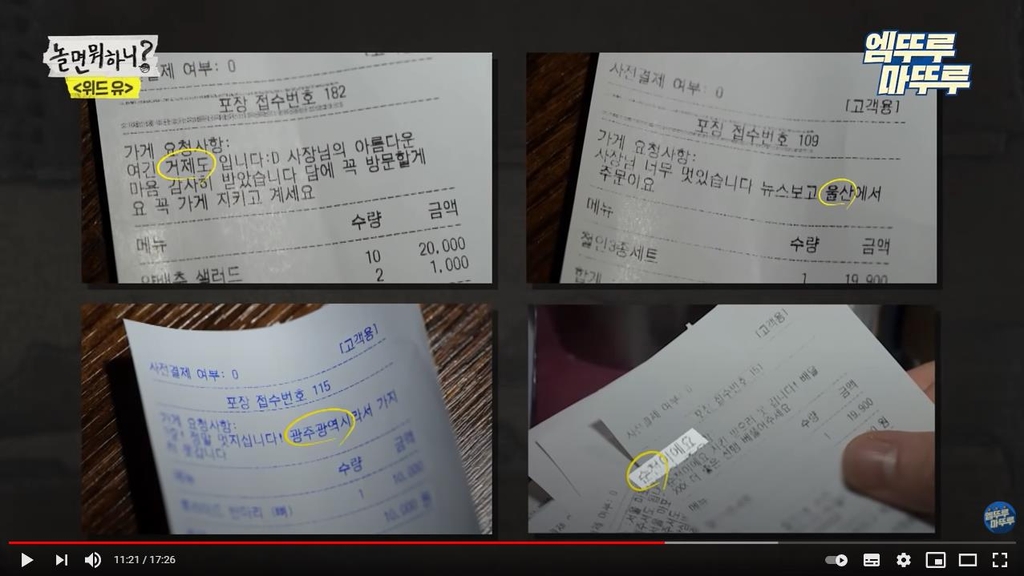 A July consumer trend report by Shinhan Card Co. suggested a list of keywords defining the lifestyle of the MZ generation, which included "self-customizing, meaning and fairness, and nature of influence."

"This is in line with the phrase 'having a good influence' that's being talked a lot lately, which is unique and innovative," Koo said. "And money is, of course, a powerful means with which you can have that influence."

In Park's case, many customers posted pictures of their order receipts to show that they ordered from areas like Busan, Daegu and Gwangju, where the deliveries cannot reach, just to donate the money in reward for Park's generosity.

"I just made an order payment from Busan. I want to participate in having a good influence even if I can't spend a lot of money due to circumstances," a customer wrote in the comments on the Baemin delivery app. "Thank you for making my heart pound at this difficult time."

"I ordered from Gwangju. Thank you for not abandoning those hungry kids. Even though I don't get to have the chicken, I feel so full as if I did," another comment read.