SEOUL, Sept. 8 (Yonhap) -- Two days before he was to make his next start, St. Louis Cardinals' South Korean pitcher Kim Kwang-hyun was sent to the bullpen. 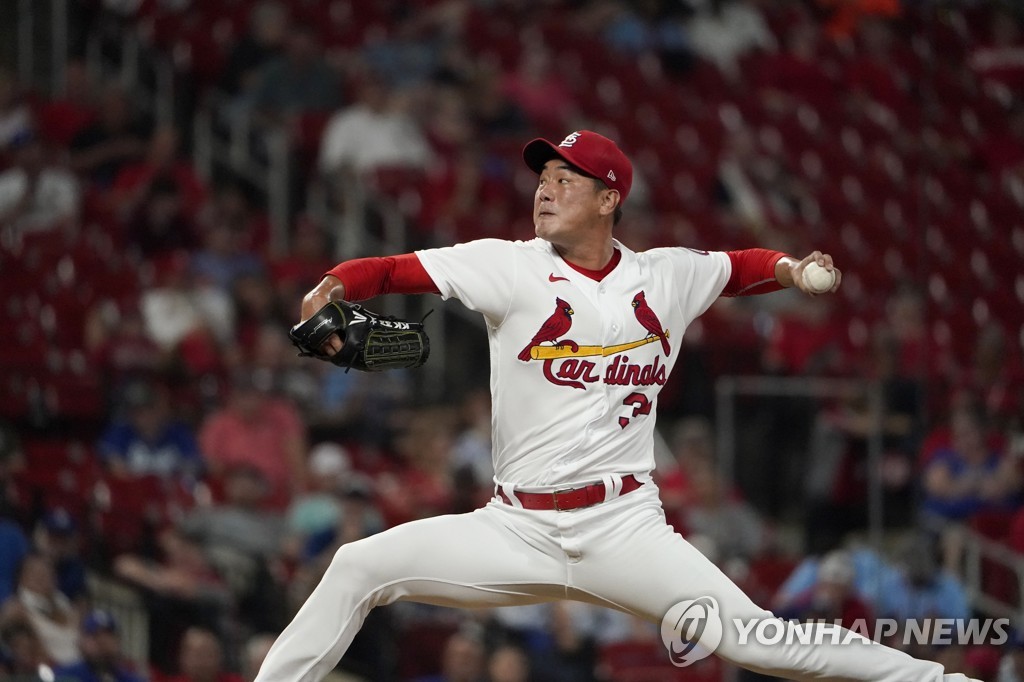 St. Louis media reported on Tuesday (local time) that Kim would be available in the bullpen for that evening's game against the Los Angeles Dodgers at Busch Stadium. Just the previous day, the Cardinals had listed Kim as a probable starter for Thursday's finale of the teams' four game series in St. Louis.

Instead, manager Mike Shildt said Thursday's starter will be determined later, but right-hander Jake Woodford took batting practice with other starters before Tuesday's game, indicating that he will likely take Kim's spot Thursday. 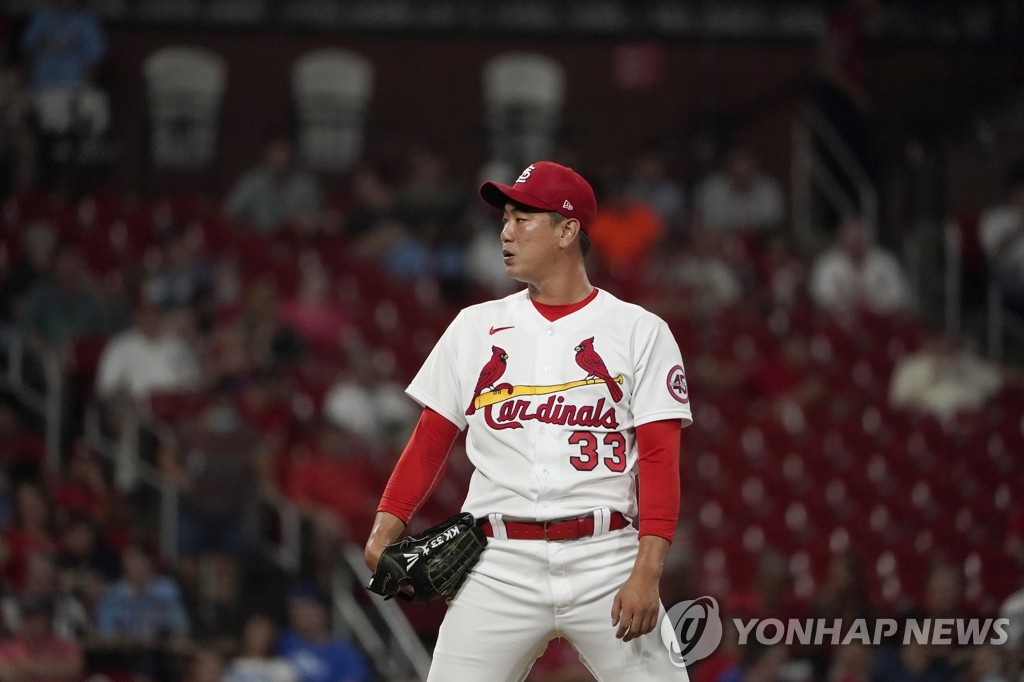 And on Tuesday, Kim came out of the bullpen and allowed two runs on two hits in 1 1/3 innings of a 7-2 loss.

Kim relieved Kodi Whitley with two outs and two runners on in the eighth inning, and struck out Max Muncy to end the Dodgers' threat. The Dodgers were up 5-2 at the time.

Kim returned for the ninth and retired the first two batters. But then Kim allowed a single to Trea Turner, and Justin Turner followed up with a two-run home run to center field on a hanging slider.
Kim struck out Austin Barnes to finish the ninth inning, and the Cardinals dropped their fourth straight game. 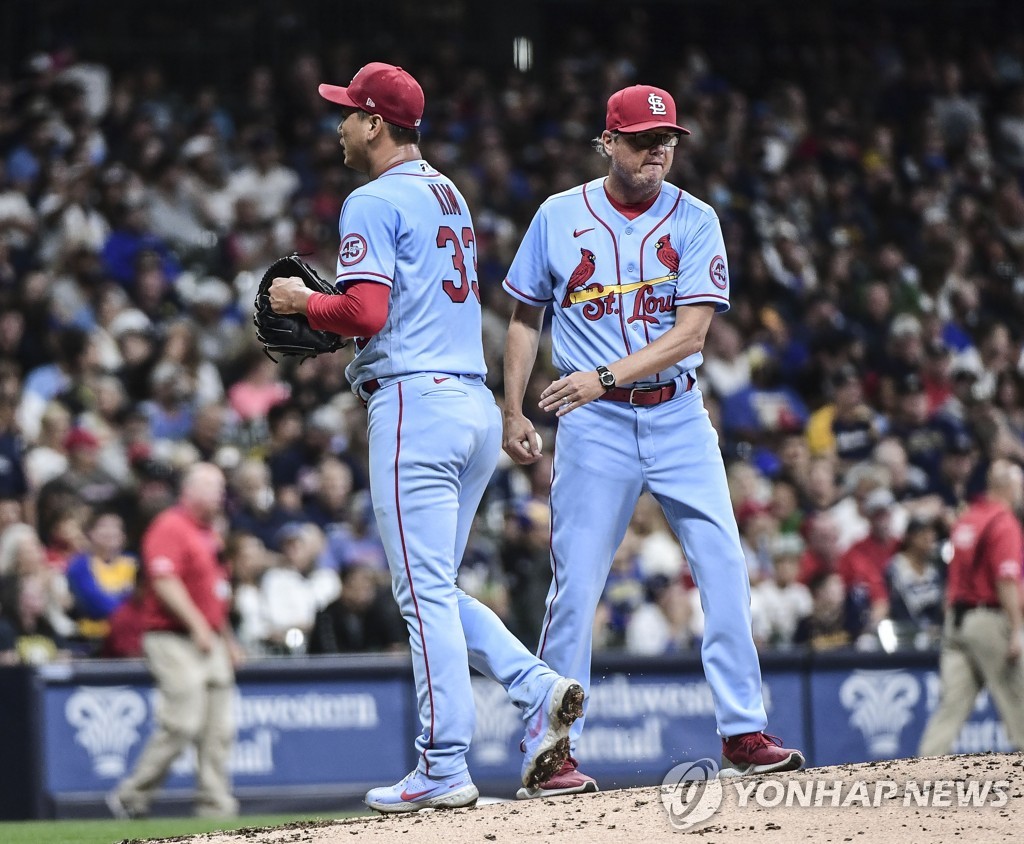 In his second big league season, Kim is 6-7 with a 3.67 ERA in 23 games, including 21 starts. Prior to Tuesday, Kim made one relief appearance on Aug. 24 against the Detroit Tigers after returning from the injured list (IL).

Kim's most recent start, last Saturday against the Milwaukee Brewers, was also the shortest start of his major league career. Kim gave up four runs on seven hits in 1 2/3 innings in a 4-0 loss. And it was Woodford who kept the Cardinals in the game by throwing 5 1/3 shutout innings in relief of the South Korean left-hander.

Kim began the season 1-5 but enjoyed a five-game winning streak starting on June 30. Since throwing six innings for his most recent victory on July 22, Kim hasn't pitched more than four innings in any of his next four starts. 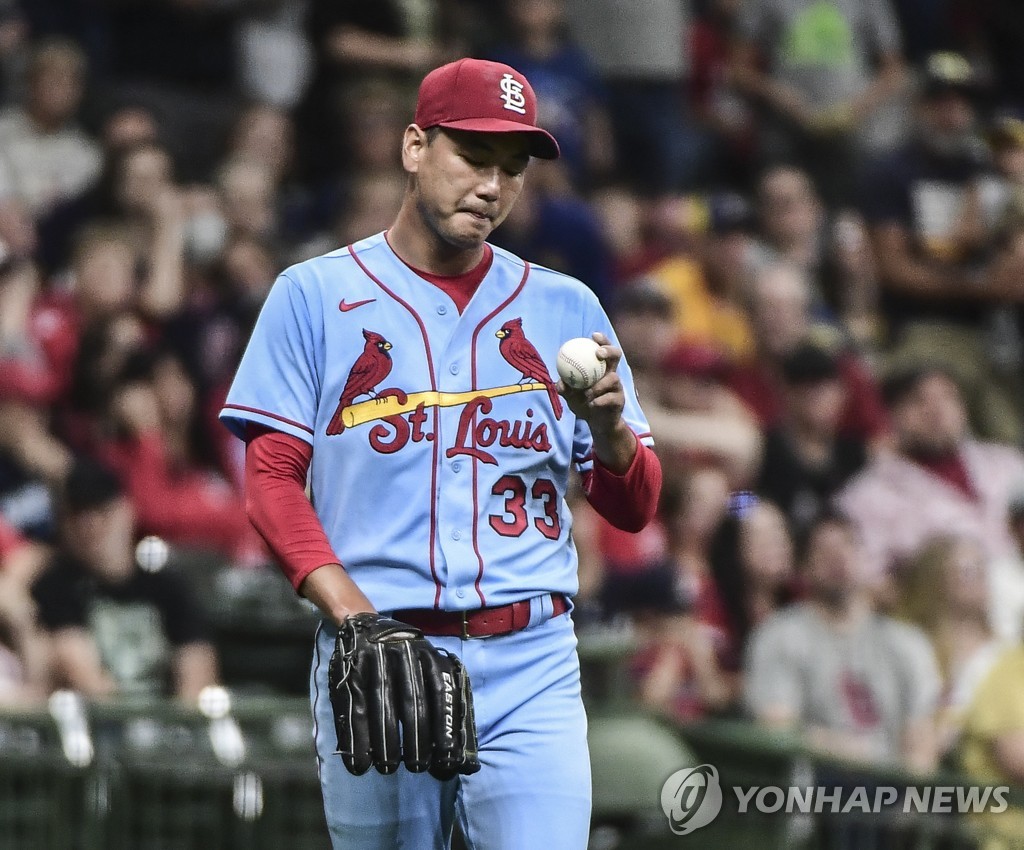 Kim was a top-end starter for more than a decade in the Korea Baseball Organization (KBO) before signing with the Cardinals in late 2019. He made his major league debut as the unlikely closer in July last year but soon moved into the rotation and finished the abbreviated season with a 3-0 record and a 1.62 ERA in eight games.

Kim has had three trips to the IL this year -- the first two with lower back issues, and the last one with left elbow inflammation. Following his most recent IL stint, Kim was sent to the bullpen because the Cardinals had a surplus of healthy starters. It was only after Jack Flaherty, an incumbent starter, was sidelined with a shoulder injury that Kim was thrust back into the rotation.

But the South Korean will be coming out of the bullpen once again after two short starts. 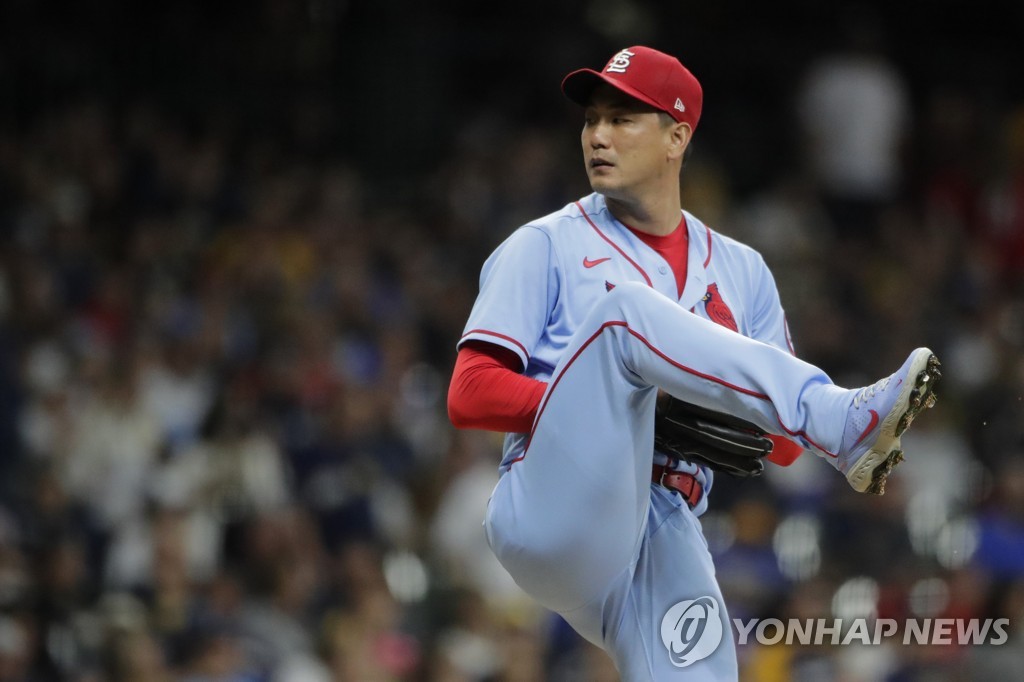