An official at the Corruption Investigation Office for High-ranking Officials (CIO) in charge of the probe told reporters, "(The office) booked ex-Prosecutor General Yoon yesterday."

Yoon is facing four difference charges -- abuse of power and interference in the exercise of a right, divulgence of classified information while on public duty and violations of the Personal Information Protection Act and the Public Official Election Act. 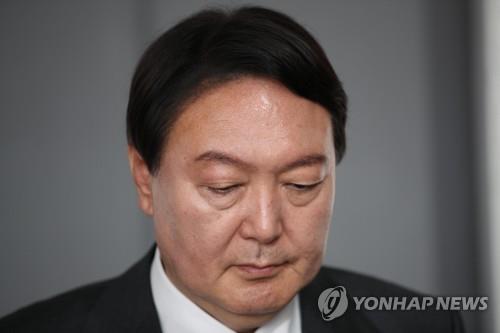 The announcement came as the CIO is broadening its probe into growing allegations that the front-running opposition presidential contender tried to meddle in politics while he was the chief prosecutor.

He allegedly prodded the main opposition party to lodge criminal complaints against pro-government figures ahead of the parliamentary elections in April last year to possibly influence the polls.

Yoon resigned from office in March this year and joined the main opposition People Power Party (PPP) to compete in the party's race to pick its flag-bearer for next year's presidential election.

Despite his repeated dismissal of the growing allegations as a "political plot" to derail his candidacy, the scandal has rocked the political scene ahead of the March 9 presidential election.

Earlier on Friday, the CIO simultaneously raided the offices and homes of two key figures allegedly involved in the scandal -- Son Jun-sung and Rep. Kim Woong of the PPP.

According to media reports, Son, currently human rights supervisor at the High Prosecutors Office in the southern city of Daegu, conveyed the complaint letters to the main opposition party via Kim while serving as chief investigation intelligence official under Yoon.

"Having booked those who are involved, we opened the investigation today in order to get to the bottom of the allegations," a CIO official said.

The Supreme Prosecutors Office, which is conducting an internal probe into the case, later told reporters in a press release that it will cooperate with the probe if such a request is made by the CIO.

"(In addition), the office plans to go ahead with the fact-finding effort within a scope that does not overlap with the CIO's probe," the press release said. 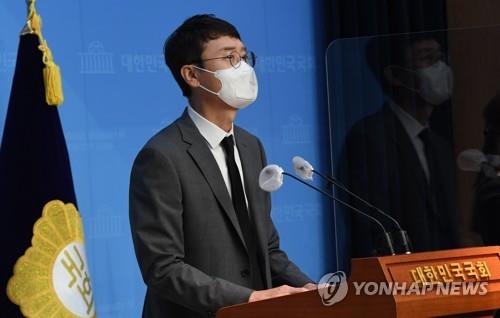 Led by floor leader Rep. Kim Gi-hyeon, a group of PPP lawmakers visited Kim's office at the National Assembly under search and protested the probe as designed to crack down on the opposition party.

As the CIO broadens its investigation into the case, the investigators will likely try to determine whether the national prosecution service under Yoon played a role in the delivery of the controversial documents to the main opposition party.

The identity of the documents' author and whether the opposition party took advantage of them to file an official complaint against a pro-government figure in August last year are also the main focus of attention.