The southern island of Jeju is forecast to see precipitation levels ranging between 30 mm to 50 mm per hour, with thunder and lightning expected on some parts of the island, due to the heavy winds from the typhoon approaching from the southwest, according to the Korea Meteorological Administration (KMA). 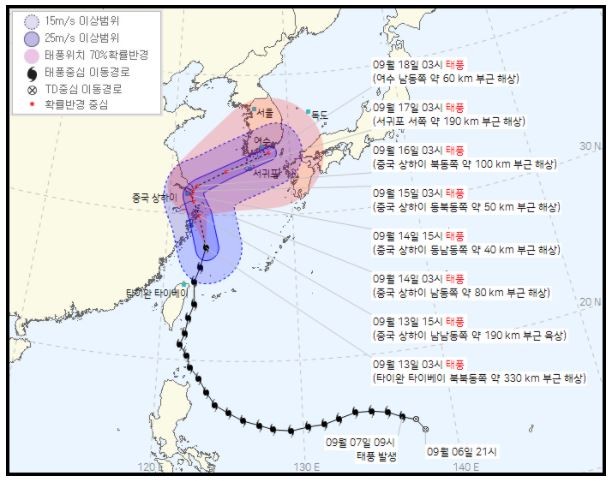 The KMA said Chanthu was located above waters 330 kilometers northeast of Taipei as of 3 a.m. Its maximum wind speed was recorded at 43 meters per second.

The storm will likely reach waters off Jeju Island and Korea's southern coast around Wednesday and Thursday, the agency added.

Precipitation levels could reach more than 500 mm in some parts of Jeju, 80 mm in South Jeolla Province and 40 mm in South Gyeongsang Province throughout Wednesday, according to the KMA.