SEOUL, Sept. 13 (Yonhap) -- K-pop sensation BTS has won Group of the Year and Best K-pop at the MTV Video Music Awards, with the winners still to be announced for three other categories the septet has been nominated for.

BTS was nominated for a total of seven titles -- Group of the Year, Best K-pop, Song of the Year, Best Pop, Best Choreography, Best Editing and Song of Summer -- ahead of the annual awards show currently under way at Barclays Center in Brooklyn, New York, on Sunday (U.S. time). 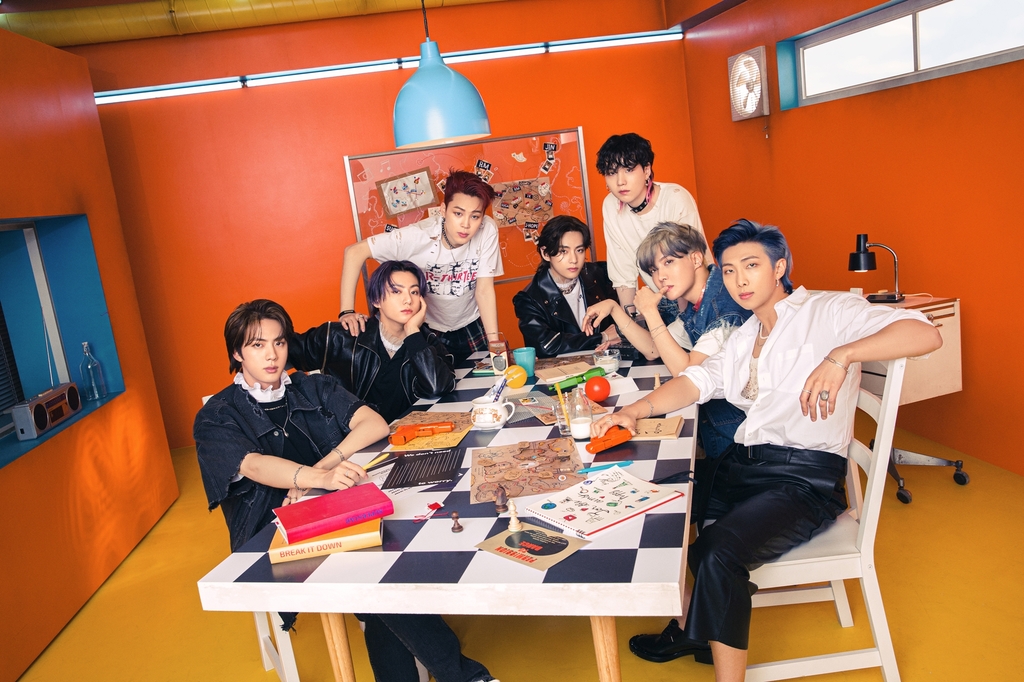 The boy band, who could not attend the ceremony in person, sent in a video in which it thanked the VMAs and fans.

"We feel your love every minute and second," it said, according to Billboard.

The seven-piece act has won Group of the Year, previously known as Best Group, every year since 2019.

This year, it beat fellow K-pop star BLACKPINK to grab the trophy.

The other contestants were (G)I-DLE for "Dumdi Dumdi," BLACKPINK and Selena Gomez for "Ice Cream," Monsta X for "Gambler," Seventeen for "Ready to love" and Twice for "Alcohol-Free."

Still to be announced are the winners for Best Editing, Best Choreography and Song of Summer, all of which BTS has been nominated for with "Butter."

The septet's two other nominations were for Song of the Year for its megahit "Dynamite" and Best Pop for "Butter."