Residents' outstanding foreign currency-denominated deposits stood at US$92.6 billion as of end-August, up $470 million from the previous month, according to the Bank of Korea (BOK).

The country's foreign exchange deposits swung to an upturn for the first time in five months. In July, they were down $910 million from June.

The central bank said exporting companies put more dollars into local banks on the back of improving overseas shipments.

Last month, the country's exports soared 35 percent on-year to $53.2 billion to extend their gaining streak to the 10th consecutive month.

Corporate FX deposits came to $73.7 billion as of end-August, up $740 million from the previous month, with individual holdings dropping by $270 million to $18.9 billion. 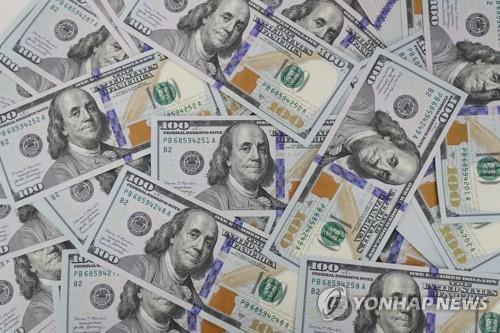