SEOUL, Sept. 14 (Yonhap) -- A tough season has taken a turn for the worse for Yang Hyeon-jong, as the South Korean reliever for the Texas Rangers allowed two long balls in his latest appearance.

Yang gave up two runs on four hits, including two dingers, in 2 1/3 innings against the Houston Astros at Globe Life Field in Arlington, Texas, on Monday (local time). 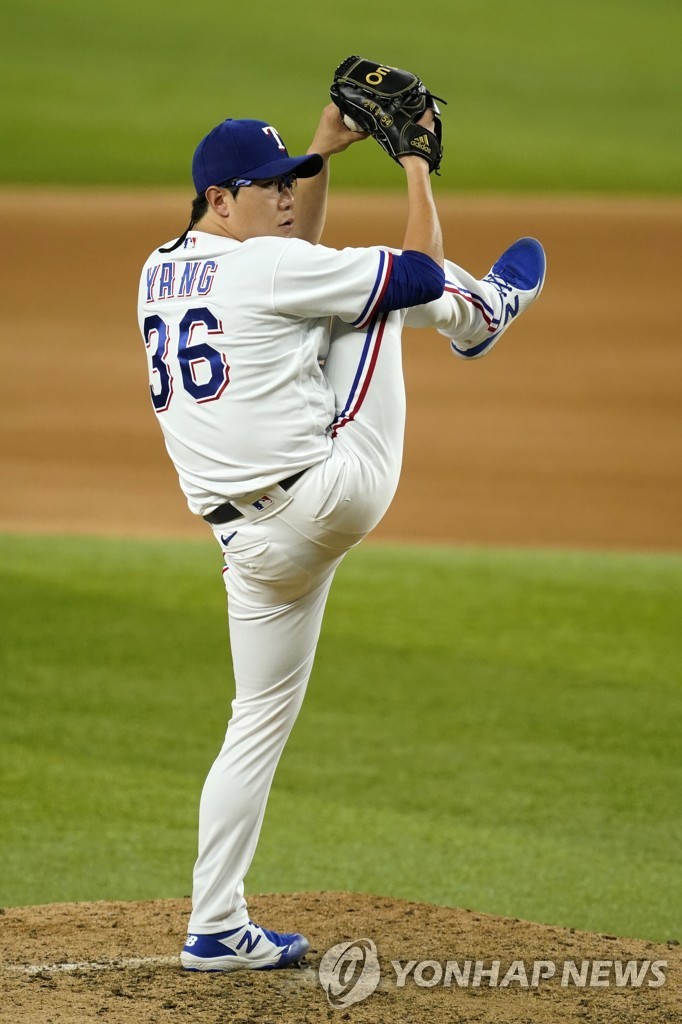 Yang came on with two outs and the bases loaded in the top of the sixth, and the Astros leading 11-1. Yang promptly gave up a two-run single to Jose Siri, and both of the runs were charged to the previous pitcher, A.J. Alexy.

Yang retired Garrett Stubbs on a groundout to end the inning.

Yang began the seventh inning with two strikeouts in a row but then Yordan Alvarez took him deep to left center field for a solo home run.

Yuli Gurriel followed up with a single, but Yang prevented further damage as Aledmys Diaz lined out to center.

Yang returned to the mound for the eighth inning, and got two outs before giving up a home run to Siri.

Yang retired Stubbs for the second time on a grounder to shortstop. With the game out of reach down 15-1, the Rangers sent infielder Charlie Culberson to the mound to get the final three outs.

Yang, a veteran starter from the Korea Baseball Organization, has bounced between the majors and the minors in his first season with the Rangers. He made some spot starts earlier in the year but has been in the bullpen for the second half of the season. 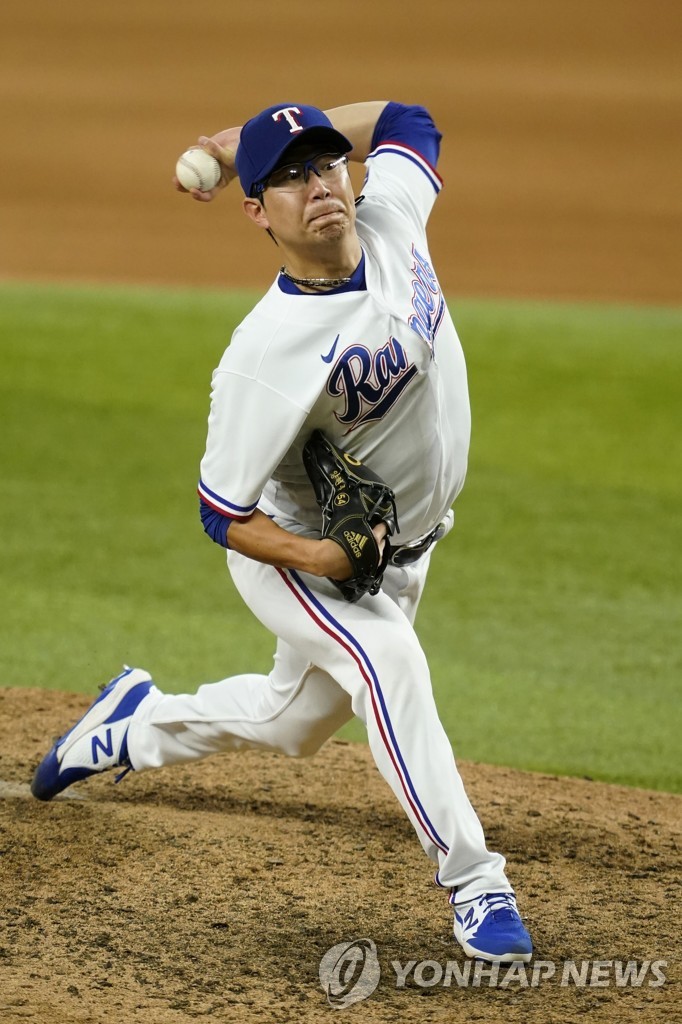