SEOUL, Sept. 14 (Yonhap) -- South Korean superband BTS and British rock band Coldplay on Tuesday posted videos of what appeared to be a rehearsal for their upcoming collaboration single "My Universe."

The song's Sept. 24 release was announced by Warner Music Korea on Monday, confirming rumors that had been circulating for months about the collaboration. 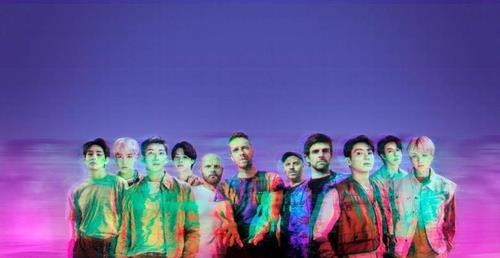 The 15-second clip posted to BTS' TikTok account shows the septet and Coldplay front man Chris Martin standing in a circle in a room, belting out the song and moving their bodies to the music.

Coldplay's Tiktok account shows an 18-second clip of the same session, filmed from a different angle, with Martin's back to the camera.

"My Universe," which has both English and Korean lyrics in one song, was co-written by the two acts and produced by Max Martin, according to Warner Music Korea.

The single will be part of Coldplay's ninth album, titled "Music of the Spheres," to be released Oct. 15.

Rumors of their possible collaboration began to spread in July when Coldplay unveiled the album's tracklist.

Earlier, in April, some people wrote online of having spotted Martin in South Korea, but the purpose of the visit was never confirmed.

The TikTok videos support speculation the two acts met here to work on their collaboration. 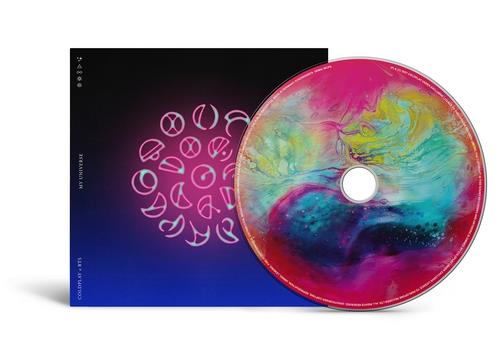