Ulsan beat Kawasaki Frontale 3-2 in the penalty shootout at Munsu Football Stadium in Ulsan, 415 kilometers southeast of Seoul, in the round of 16 of the continent's top club competition. 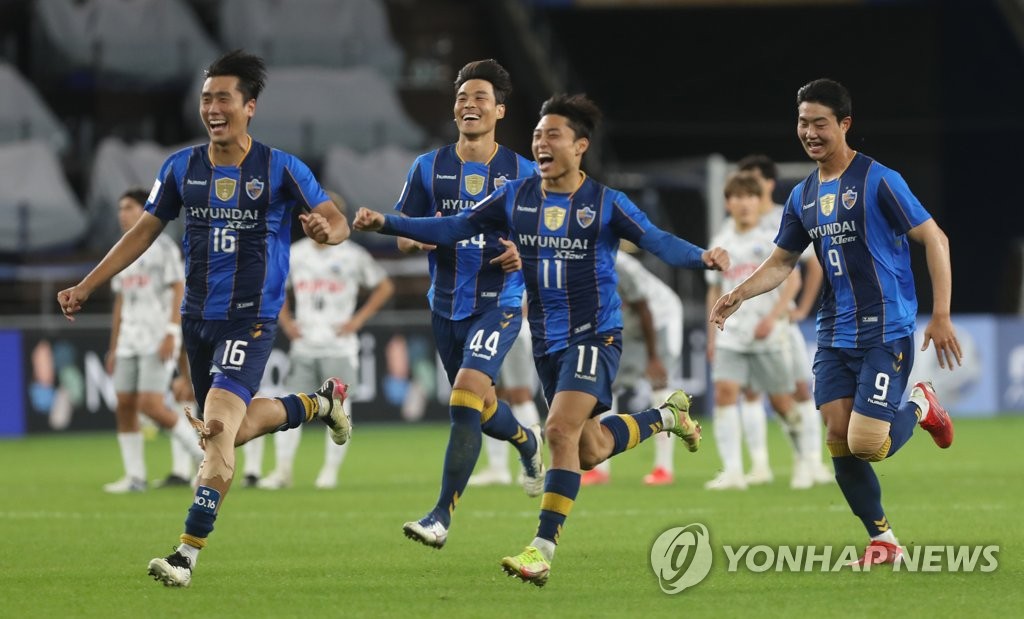 The two clubs were scoreless through 90 minutes of regulation and 30 minutes of extra time. Ulsan came within inches of breaking the deadlock in the extra period. In 119th minute, Kim Ji-hyun's header from a Yoon Bitgaram corner rang off the goal post. Earlier in extra time, the teams traded chances but couldn't quite get it done.

Tatsuya Hasegawa, the second kicker for Kawasaki, sent his shot well above the net. But Ulsan failed to capitalize on that opening as Won Du-jae banged his shot off the crossbar.

Daiya Tono converted his shot to give Kawasaki a 2-1 lead. Lee Dong-jun then was denied by Jung after taking two cracks.

Jung made the initial save but was ruled to have moved off the goal line before Lee took the shot. Lee was given the second chance, but Jung made the clean save to keep Kawasaki in front.

But it wasn't meant to be for the Japanese club. Joao Schmidt airmailed his shot for Kawasaki, and Yun Il-lok brought Ulsan even as the fourth kicker.

Jo came through with a huge save on Akihiro Ienaga, and Yoon sealed Ulsan's win with a successful kick. 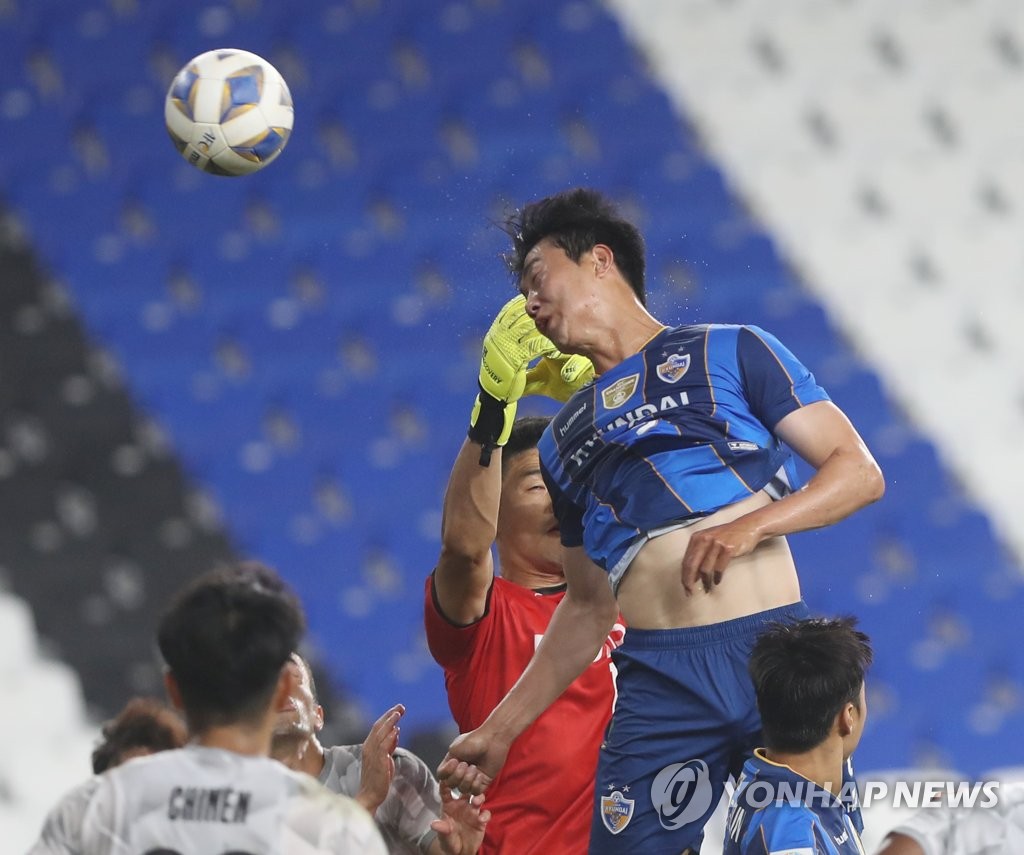 Earlier Tuesday, Daegu FC, another K League 1 team, crashed out of the tournament following a 4-2 loss to Nagoya Grampus at Toyota Stadium in Toyota, Japan.

Jakub Swierczok scored a hat trick for the winning side, with Shinnosuke Nakatani scoring the other goal for the Japanese club.

For Daegu FC, playing in the knockout phase for the first time, Cesinha and Edgar had a goal apiece.

This was Daegu's first appearance in the knockout phase at the annual tournament.

They were one of four K League 1 clubs to make it to the final 16 at this year's competition.

Cesinha opened the scoring in the fourth minute, converting a pass from Jeong Seung-won to give Daegu an early lead.

But eight minutes later, Swierczok leveled the score for Nagoya, set up by Naoki Maeda.

Edgar's header restored a one-goal lead for Daegu in the 28th minute but the South Korean club never led again.

And the injury bug bit Daegu hard. Center back Jeong Tae-wook was stretchered off the field with a right ankle injury in the 33rd minute. Then a dozen minutes into the second half, midfielder Lee Yong-rae had to leave the game with a leg injury.

Swierczok netted the equalizer in the 63rd minute, and then gave Nagoya a lead for good two minutes later with his third goal of the evening.

Nakatani rounded out the scoring for Nagoya in the 79th minute. 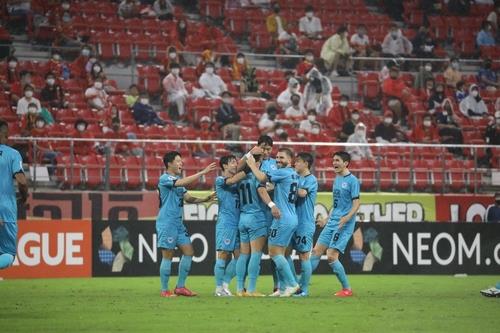 All knockout matches, including the final, will be one-and-done affairs, a change implemented to minimize travel amid the coronavirus pandemic. Group matches were contested in centralized venues for the same reason.

K League clubs and others from countries such as Japan, Thailand and China, are part of the East Region. The West Region features clubs from Iran, Iraq, Saudi Arabia, Qatar and Uzbekistan, among others.

The two regions will be on the opposite sides of the bracket through the semifinals.