Wang made the remarks after his talks with South Korean Foreign Minister Chung Eui-yong in Seoul, as a U.S. House bill calls on the administration of President Joe Biden to consider expanding the alliance consisting of the United States, Australia, Britain, Canada and New Zealand.

The legislative move came as Washington seeks to rally its allies and partners to counter Beijing's growing assertiveness, with its recent exit from Afghanistan likely to free up resources to renew the focus on the intensifying Sino-U.S. competition.

"I think that is utterly a byproduct of the Cold War era. And that is outdated," Wang told reporters. 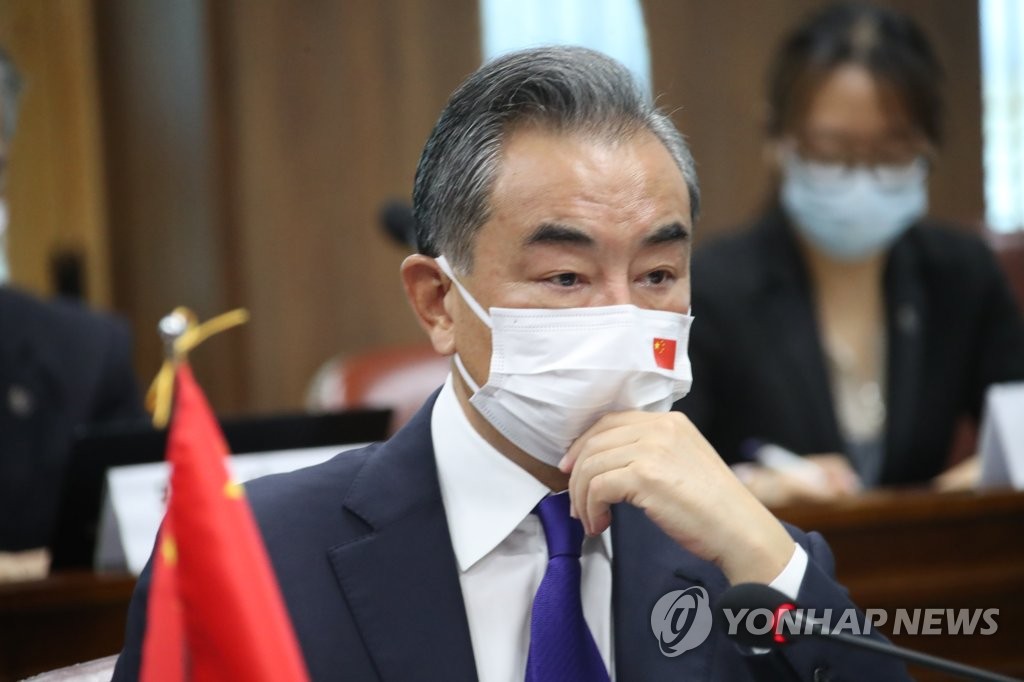 On North Korea's recent cruise missile launches, Wang voiced hope for all countries to do things that would be "helpful for peace and stability on the Korean Peninsula."

"For example, not only the North, but also other countries are engaging in military activities. Having said this, we all have to work together toward the resumption of dialogue," he said.

During the talks with Chung, Wang called on South Korea to work together to strengthen a shared "sense of community" in the face of a "major shift" in the international landscape, calling the two countries "partners that can't part ways."

"China and South Korea are close neighbors that cannot relocate themselves and partners that can't part ways with each other," he said in his opening remarks.

Wang added the two countries have to realize "better, swift, stable, full-fledged and steady" development of bilateral relations by further strengthening the sense of community, expanding common interests and finding the potential for cooperation.

Noting progress in bilateral relations in trade, tourism and people-to-people exchanges since the establishment of bilateral ties in 1992, Wang said the two countries have played a role as a "guardian of peace and stability and facilitator for development and prosperity."

The meeting followed renewed military tensions caused by the North's weekend test-firings of a new type of long-range cruise missile and signs of the country resuming the operation of a plutonium-producing nuclear reactor at its mainstay Yongbyon complex.

Calling China a core partner for the shared goal of lasting peace on the Korean Peninsula, Chung voiced expectation that Beijing will continue to support Seoul's peace initiative.

During Wednesday's talks, Chung and Wang were expected to exchange views on the North's recent provocative moves and discuss efforts to advance the South's drive for lasting peace on the Korean Peninsula.

Wang could use the meeting to seek South Korea's support on a range of sensitive geopolitical issues, as the U.S. seeks to rally its allies behind its opposition to China's policies on Hong Kong, the western Xinjiang region, and the East and South China seas.

Later in the day, Wang plans to pay a courtesy call on President Moon Jae-in.

After a luncheon with Chung, Wang is set to leave Korea later in the day. 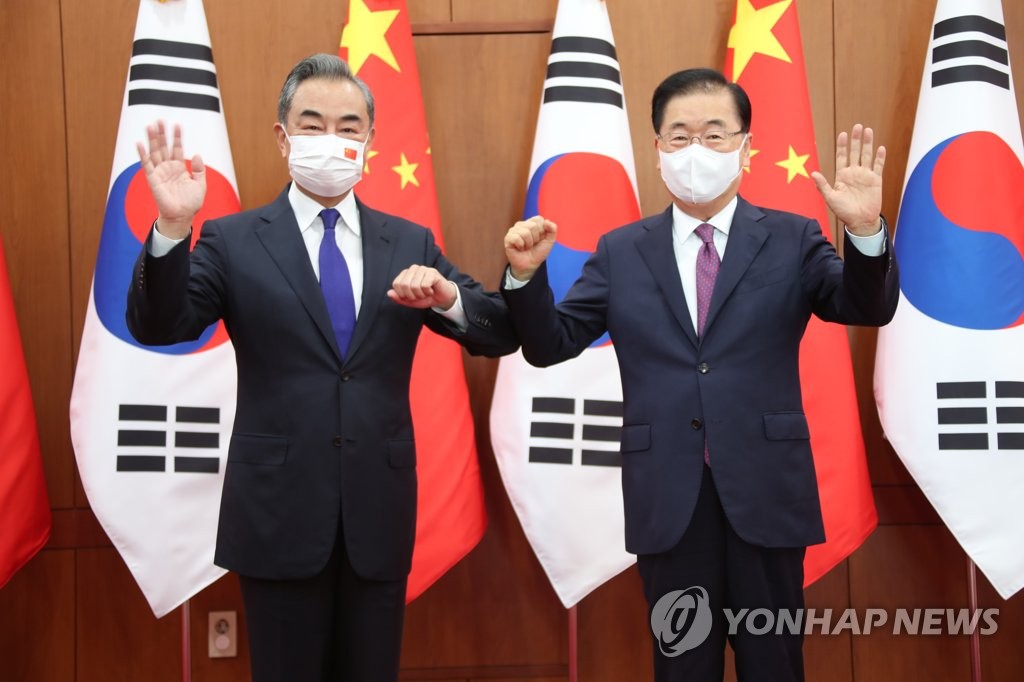