SEOUL, Sept. 15 (Yonhap) -- South Korea's daily coronavirus cases surpassed 2,000 Wednesday as infections in the capital area surged to a record high ahead of a major holiday.

The country added 2,080 COVID-19 cases, including 2,057 local infections, raising the total caseload to 277,989, according to the Korea Disease Control and Prevention Agency (KDCA).

The latest caseload was sharply up from 1,497 cases the previous day and topped the 2,000 mark for the first time in six days. It is also the fourth-largest daily figure since the country began to suffer from COVID-19 last year.

Daily cases have stayed above the 1,000 threshold for more than 70 days amid the fast spread of the more transmissible delta variant nationwide.

Infections in the greater Seoul area, home to half of the country's population, have been weighing down the authorities' containment efforts recently, with 80 percent of domestic cases being reported in Seoul, Gyeonggi Province and Incheon.

The capital area logged a record 1,656 local infections, with Seoul reporting its highest daily figure yet at 804. 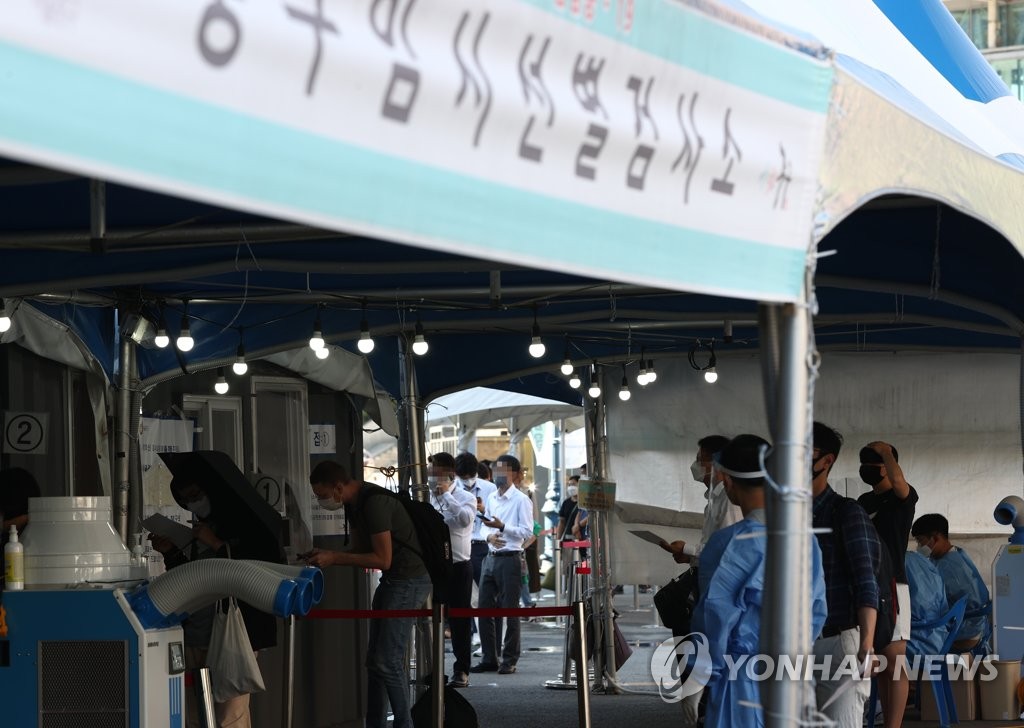 Health authorities are especially worried about a virus flare-up after the Chuseok holiday, the Korean autumn harvest celebration, when tens of millions of people are expected to travel across the country. South Koreans will have a five-day holiday through Wednesday.

They earlier extended the current social distancing measures -- Level 4 in the greater Seoul area, which is the highest in the four-tier system, and Level 3 in other regions -- for another four weeks through Oct. 3.

While the country is limiting the size of private gatherings and restaurant business hours, it has eased some restrictions to give leeway to vaccinated people.

So far, 227,232 cases of post-vaccination side effects have been reported, with 10,715 added in the past two days, though 95.8 percent of them were found to be mild symptoms, such as muscle pain and fever. There have been 615 deaths after vaccination, though the authorities have yet to find a causal relationship between receiving a vaccine and death in most cases. 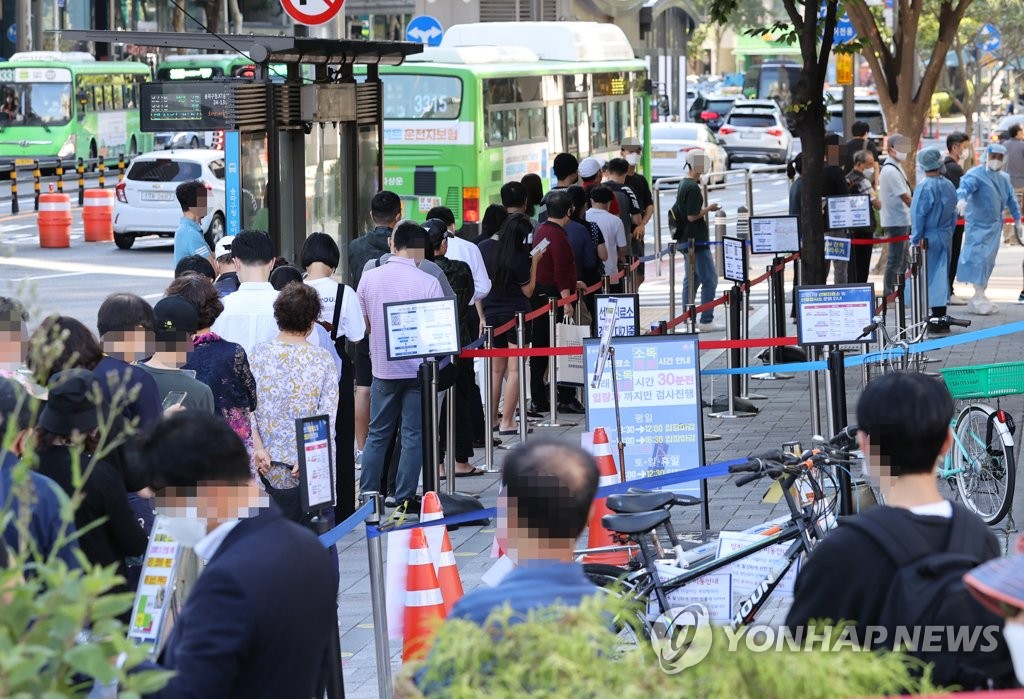 Of the newly confirmed domestic cases, 804 were from Seoul, 688 from the surrounding Gyeonggi Province and 164 from the western port city of Incheon.

Imported cases, which include South Korean nationals, came to 23, down 11 from the previous day. The total number of imported cases is now at 14,027.

Of the new imported cases, six were from the Philippines, followed by the United States with five.

The number of patients with serious symptoms across the country reached 350, up 10 from the previous day.

The total number of people released from quarantine after making full recoveries was 249,833, up 2,186 from a day earlier.