SEOUL, Sept. 15 (Yonhap) -- Coronavirus cases reached an all-time high in Seoul, as the fourth wave of the pandemic showed no sign of easing, fueled by the highly infectious delta variant, the city said Wednesday.

The city said 808 cases were reported the previous day, the highest daily count since the start of the pandemic and 131 cases higher than the previous record of 677 set on Aug. 24.

The virus has continued to spread unabated in the capital especially since last week, with an average of 665 cases from Sept. 7-11. Case counts usually drop over the weekend because fewer tests are conducted.

The test positivity rate during the past week ending Tuesday reached 1.1 percent, up 0.3 percentage point from the previous 0.8 percent, meaning that the current pace of the spread of the virus could continue for the time being.

The city, with a population of more than 9.58 million, has reported a total of 88,364 COVID-19 cases since the pandemic began. 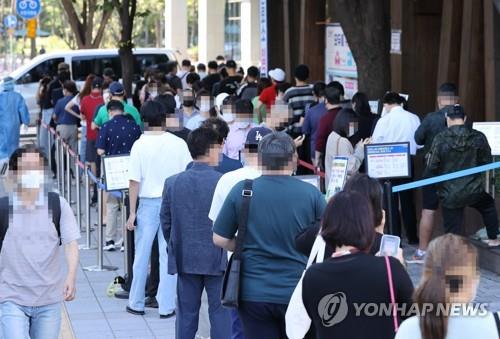