Both Moon and Biden are scheduled to attend the U.N. session and deliver keynote speeches.

The two sides are not pushing for separate talks between the leaders on the sidelines of the event, a senior Cheong Wa Dae official told reporters on background.

Moon and Biden had one-on-one summit talks at the White House in May, he pointed out.

Moon will instead hold a series of meetings with his Vietnamese and Slovenian counterparts as well as U.N. Secretary-General Antonio Guterres and Albert Bourla, chairman and CEO of Pfizer, a COVID-19 vaccine producer. 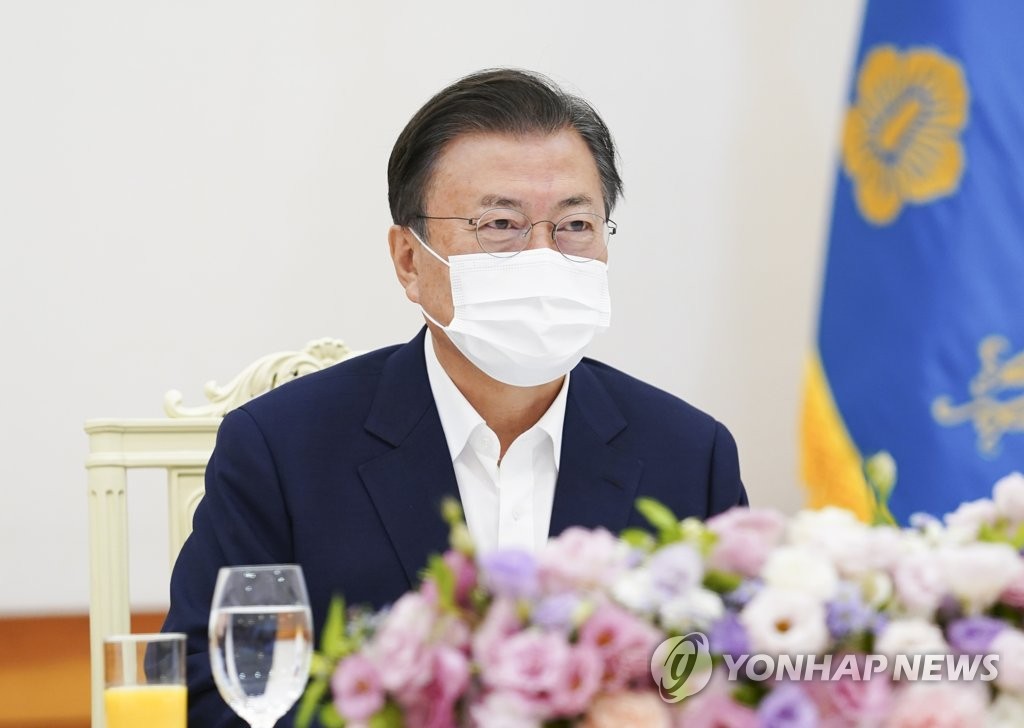 Moon's upcoming summit with Slovenian President Borut Pahor, slated for Monday, is meaningful in that it comes as the European country is preparing to open its embassy in South Korea within this year, the official said on the customary condition of anonymity.

In 2022, the two sides commemorate the 30th anniversary of establishing diplomatic relations. This year, Slovenia holds the rotating presidency of the EU Council.

Moon will then have bilateral talks with Vietnamese President Nguyen Xuan Phuc on Tuesday, which would mark their first meeting since Phuc was elected in April.