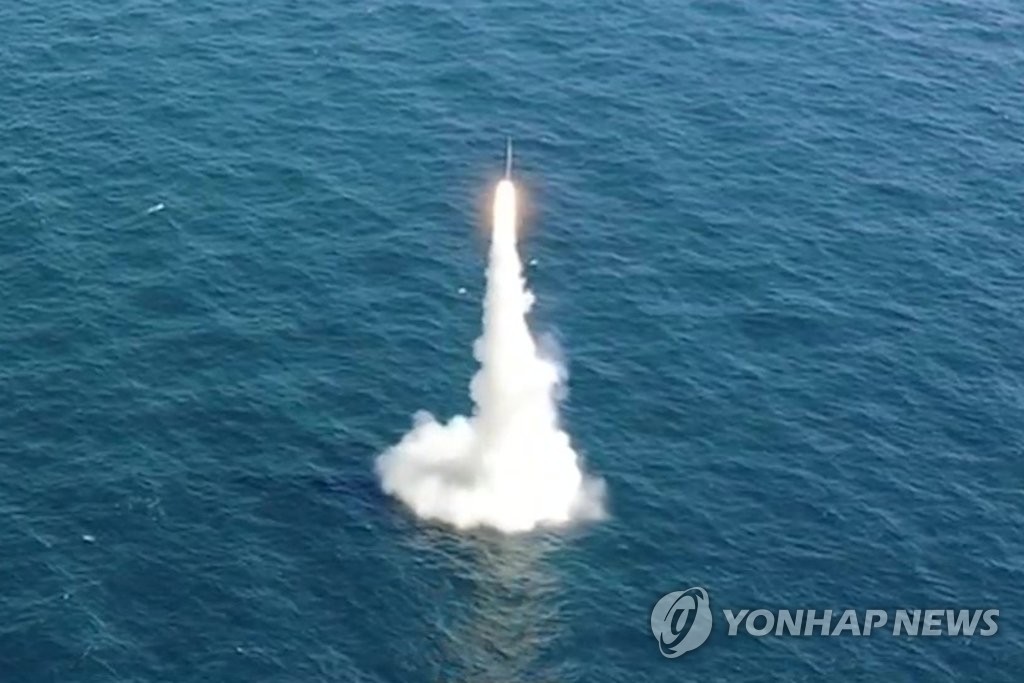 Moon stressed that his country had conducted the SLBM test as scheduled in accordance with the military's plan for bolstering its missile arsenal, not as a response to the North's latest provocation.

"However, our enhanced missile power can be a sure-fire deterrent to North Korea's provocation," he said, according to Cheong Wa Dae spokesperson Park Kyung-mee.

The successful testing of the SLBM and some other missiles on the day has demonstrated that South Korea has "sufficient deterrent" to cope at any time with North Korean provocation, the president added.

Regarding the latest-known missiles fired by the North, Moon said intensive analysis is necessary to find out the exact type, specifics and Pyongyang's intention.

Later in the day, South Korea convened an emergency session of the National Security Council (NSC) to discuss the North's back-to-back missile launches this week. On Monday, Pyongyang announced that it had conducted a cruise missile test.

During the NSC standing committee meeting, its members expressed "deep concern" Wednesday about the series of missile launches by North Korea, Cheong Wa Dae said in a press release.

They pointed out that the North's provocations came at a time when stabilizing the security conditions is very important.

They agreed to consult closely with the United States and other concerned parties in tandem with a thorough analysis of relevant background and intention.

They also decided to "take necessary measures while closely monitoring North Korea's internal situations and military activities down the road."