SEOUL, Sept. 16 (Yonhap) -- South Korea's daily coronavirus cases fell under 2,000 on Thursday, but health authorities are keeping their guard up against potential virus flare-ups after an upcoming major holiday as infections continue to spread in the capital area.

The country added 1,943 COVID-19 cases, including 1,921 local infections, raising the total caseload to 279,930, according to the Korea Disease Control and Prevention Agency (KDCA).

The latest caseload was down from 2,080 cases the previous day.

Daily cases have stayed above the 1,000 threshold for over two months amid the fast spread of the more transmissible delta variant nationwide.

The country added six more deaths from COVID-19, raising the death toll to 2,386. The fatality rate was 0.85 percent.

As of 9 p.m. Thursday, 1,898 more cases were reported across the country, up 43 from the same time a day earlier, according to health authorities and municipalities. The daily tally is counted until midnight and announced the following morning. 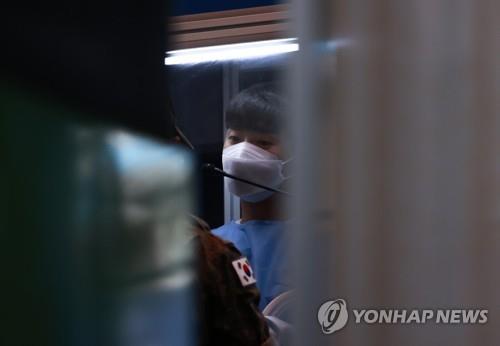 Infections in the greater Seoul area, home to half of the country's population, have been a challenge to the country's virus fight, with 80 percent of domestic cases being reported in Seoul, Gyeonggi Province and Incheon.

The authorities are bracing for possible upticks after the Chuseok holiday, the Korean autumn harvest celebration, when tens of millions of people are expected to travel across the country. South Koreans will have a five-day holiday period from Saturday to Wednesday.

They will enforce special quarantine measures, including running COVID-19 testing clinics at highway rest stops, for two weeks through Sept. 26, urging people to stay at home and receive vaccine shots.

The authorities earlier extended the current social distancing measures -- Level 4 in the greater Seoul area, which is the highest in the four-tier system, and Level 3 in other regions -- for another four weeks through Oct. 3.

While limiting the size of private gatherings and restaurant business hours, the authorities have eased some restrictions to give leeway to vaccinated people. 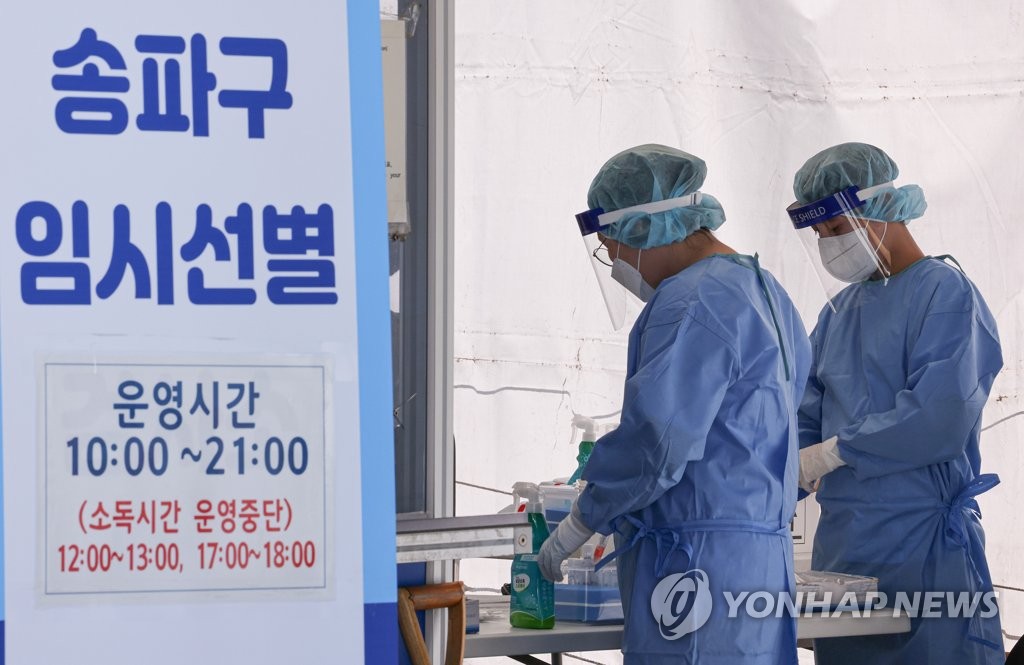 The KDCA said some 5 million people aged 18-49 who have yet to receive their shots can be inoculated between Oct. 1 and 16 with Pfizer and Moderna's vaccines.

The country will also use leftover vaccines on those waiting for a second shot in order for more people to get fully vaccinated quickly. 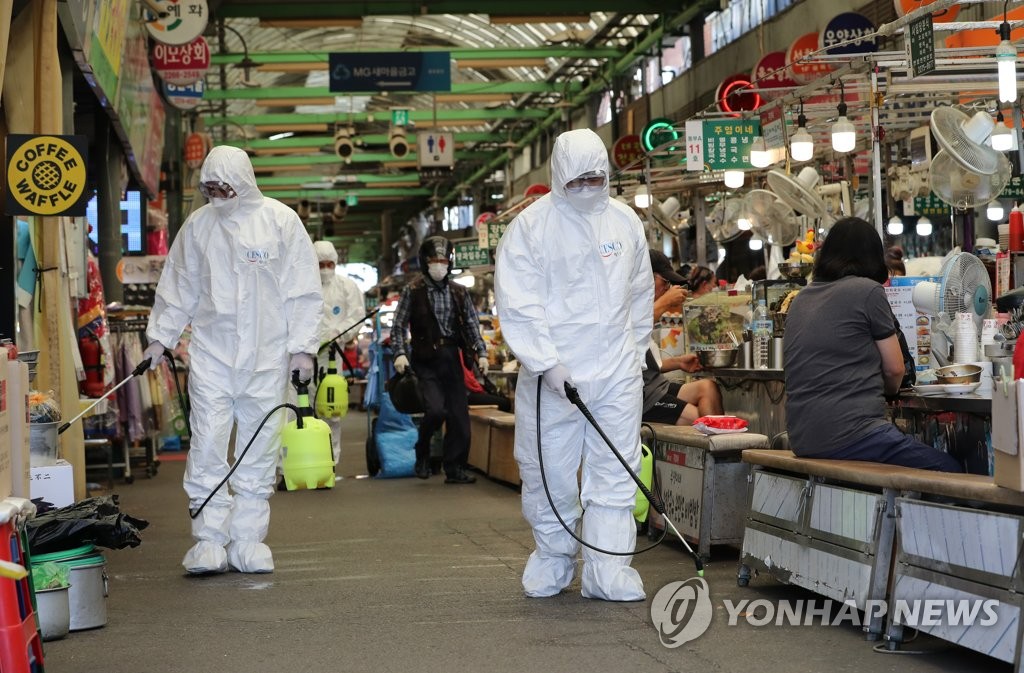 Of the newly confirmed domestic cases, 717 cases came from Seoul, 652 from the surrounding Gyeonggi Province and 137 cases from the western port city of Incheon.

Among virus clusters, a traditional market in southern Seoul added 18 cases, raising its total to 185.

The number of cases linked to a glass manufacturing company in South Chungcheong Province rose by seven to 117, while four more cases were found to be tied to a restaurant in Daegu, raising its total to 76.

Imported cases, which include South Korean nationals, came to 22. The total number of imported cases is now at 14,049.

The number of patients with serious symptoms across the country reached 348, down two from the previous day.

The total number of people released from quarantine after making full recoveries was 252,038, up 2,205 from a day earlier.

Regarding virus treatments, the KDCA said Veklury, formerly known as Remdesivir, which is developed by Gilead Sciences Inc., has been administered to 15,471 patients here.

Regkirona, a homegrown COVID-19 treatment from local pharmaceutical firm Celltrion Inc., has been provided to 14,857 patients. 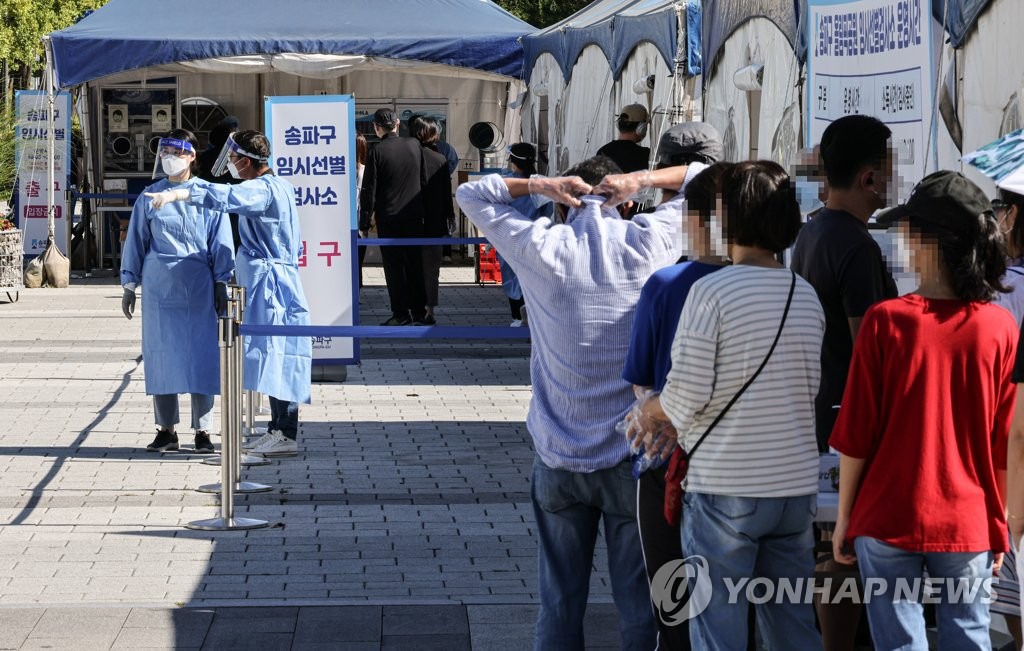