SEOUL, Sept. 16 (Yonhap) -- Jeju made preparations for the impact of Typhoon Chanthu on Thursday as the storm moved toward the resort island from the south, packing strong winds and heavy precipitation, the weather agency said.

As of 6 p.m., the typhoon was travelling north-northeastward at a speed of 19 kilometers per hour over waters about 220 km south-southwest of Jeju, the Korea Meteorological Administration (KMA) said. 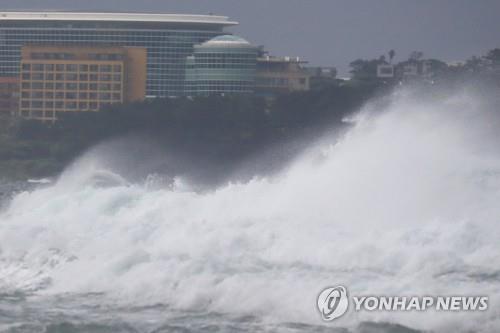 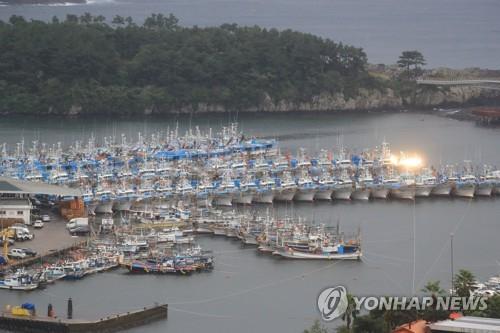 The slow-moving typhoon was forecast to begin picking up speed later in the day and move the closest to the island around 8 a.m. Friday, according to the agency.

The season's 14th typhoon has already brought heavy downpours to the island, with some parts receiving as much as 800 mm of rain by Thursday morning, overwhelming drainage and sewer systems, trapping cars on roads, uprooting trees and blowing away a roof.

It also affected the operation of passenger planes and vessels. As of 5 p.m., 15 flights to and from Jeju were canceled and 16 ferry operations from the island were suspended, according to the officials.

Some mountainous areas of the island are forecast to receive up to an accumulated 1,000 mm of torrential rain until Friday, the KMA said. It also warned of maximum winds of 40 meters per second.

A typhoon advisory has been issued for the entire island, and the Jeju government has gone into emergency mode, activating civil servants and the Marine Corps in anticipation of flooding and possible damage to buildings, as well as checking the island's preparedness for the typhoon, officials said.

The typhoon is forecast to pass 160 kilometers southwest of the port city of Busan at around 3 p.m. Friday and pick up speed as it moves toward Japan along the Korea Strait, a sea passage between South Korea and Japan, according to the KMA.

Local governments of Busan and other southern regions have also been in emergency mode, checking major facilities against possible damage from heavy rain and strong winds, the officials added. 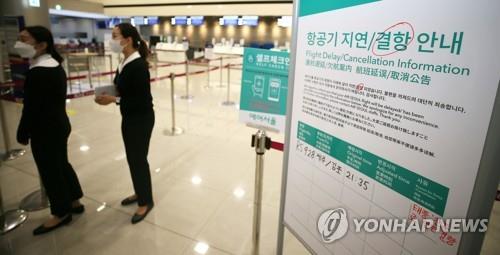 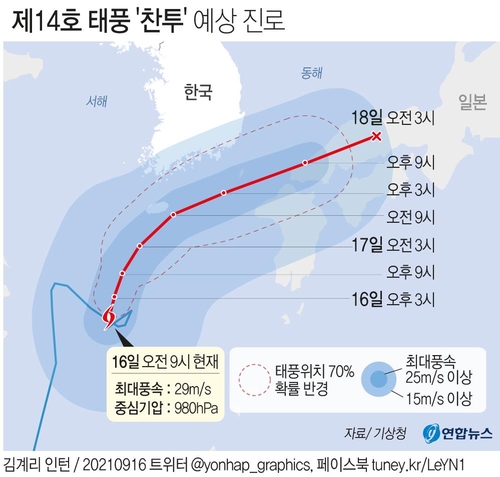