SEOUL, Sept. 16 (Yonhap) -- South Korea and the United States shared the urgent need for an early resumption of dialogue with North Korea during their working-level talks on Thursday, the foreign ministry said, after Pyongyang fired off two ballistic missiles the previous day.

Pak arrived in Seoul earlier this week after she accompanied the U.S. special representative for the North, Sung Kim, during bilateral and trilateral talks in Tokyo with his South Korean and Japanese counterparts, Noh Kyu-duk and Takehiro Funakoshi, respectively.

"The two sides shared assessments of the recent Korean Peninsula situation, including the North's short-range missile launches, and shared the understanding that it is urgent to resume dialogue at an early date and make progress in denuclearization negotiations," the ministry said in a press release.

"Going forward, the two sides agreed to continue to strengthen water-tight cooperation to achieve the compete denuclearization of the Korean Peninsula," it added.

"The two sides held working-level consultations over the recent Korean Peninsula situation and various ways to engage with North Korea so as to make substantive progress on the peninsula peace process, the ministry said, referring to the talks between Rim and Pak.

Later in the day, Pak held working-level talks with unification ministry officials and shared views on the recent situation on the peninsula, officials said.

The two sides also discussed bilateral cooperation on humanitarian assistance to North Korea and agreed to continue working in close consultation, they said. 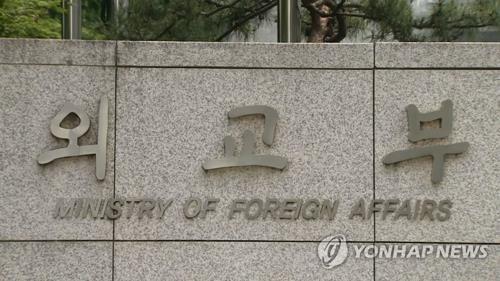