According to the 2021 report released by the Ministry of Personnel Management, the ratio of women among ranking civil servants at the central government's ministries and agencies stood at 9.3 percent as of the first half of this year.

The number marks yet another record high after the corresponding ratio hit 8.5 percent, or 132 women, for 2020 and 7.9 percent, or 122 women, the previous year, both of which were the highest-ever level at that time.

In particular, the ratio of women at the director level at the central government bodies, which is equivalent to the entry level in the managerial hierarchy at private companies, came to 22.8 percent last year, up 2 percentage points from a year earlier.

The corresponding rate was 20.8 percent at municipalities and their affiliated bodies in 2020, up 3 percentage points from the previous year.

The latest data means the government has comfortably achieved its target ratio of manager-level female public servants throughout the central and regional governments as well as state-run institutions, the ministry noted.

It added that as of Wednesday, the Ministry of SMEs and Startups, the Korea Communications Commission and Saemangeum Development and Investment Agency were the only three government bodies that did not have any high-level female employees.

The number of such government bodies without a high-level female member was seven in 2020, the report showed. 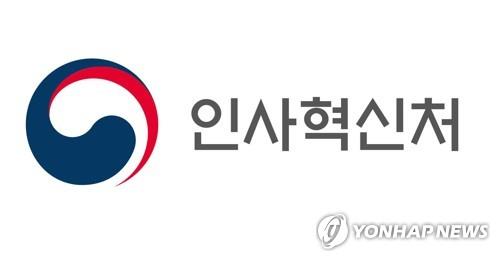